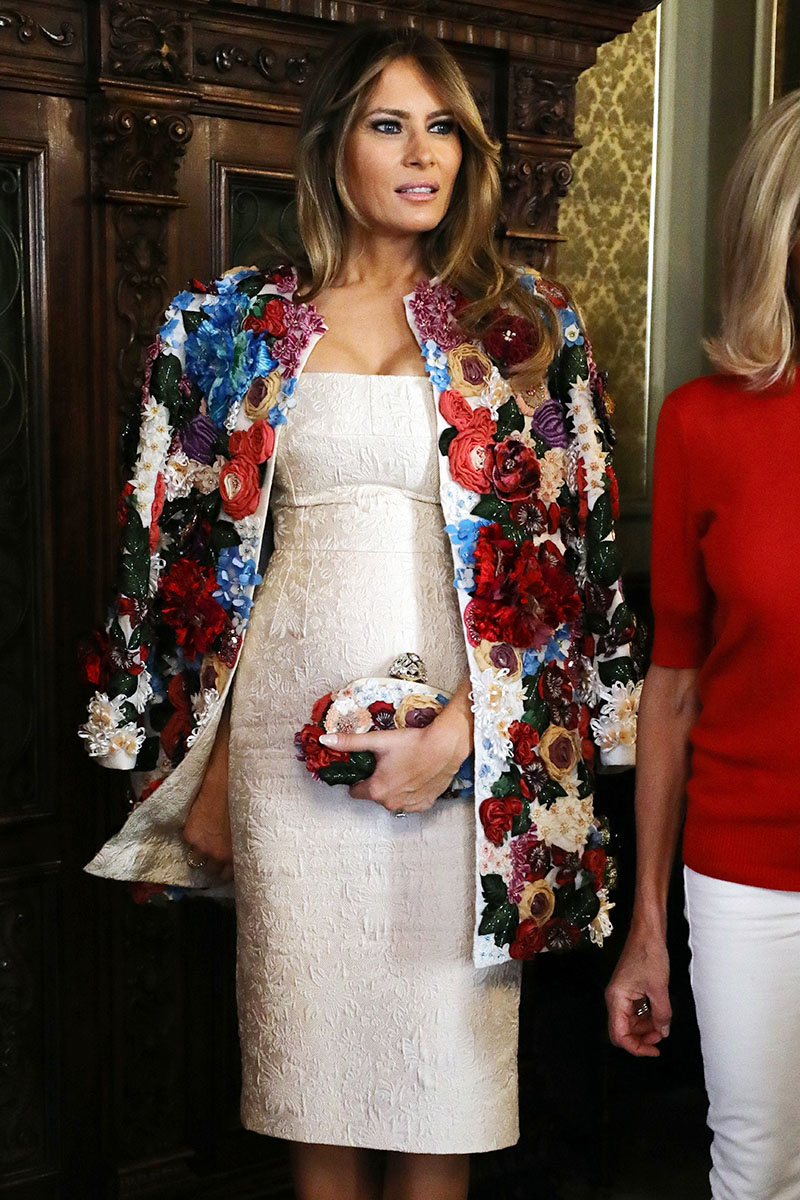 Melania exacted her revenge on the long list of arrogant fashion designers who refused to dress her after her husband was elected president.

The list of designers who regret their decision not to dress Melania include Tom Ford, Marc Jacobs, Zac Posen, Christian Siriano and Sophie Theallet, among others.

The first lady stepped out in Sicily on the first day of the G-7 summit wearing a Haute Couture Dolce & Gabbana 3D floral jacket that retails for $51,500 and a matching flowery clutch. Within hours the vibrant jacket was sold out online.

Proud D&G designer Stefano Gabbana rushes to Instagram each time she wears one of his creations.

"THANK YOU @flotus #melaniatrump #DGWoman #DGStyle," he wrote in the caption of his latest post featuring the first lady wearing his floral jacket.

US First Lady Melania Trump arrives for a visit at the Chierici Palace City Hall of Catania on the sidelines of a G7 summit of the Heads of State and of Government in Taormina ?????????? THANK YOU @flotus #melaniatrump ? #DGWoman #DGStyle ???????

Thanks to Melania Trump, every celebrity now wants to be seen in Dolce & Gabbana.