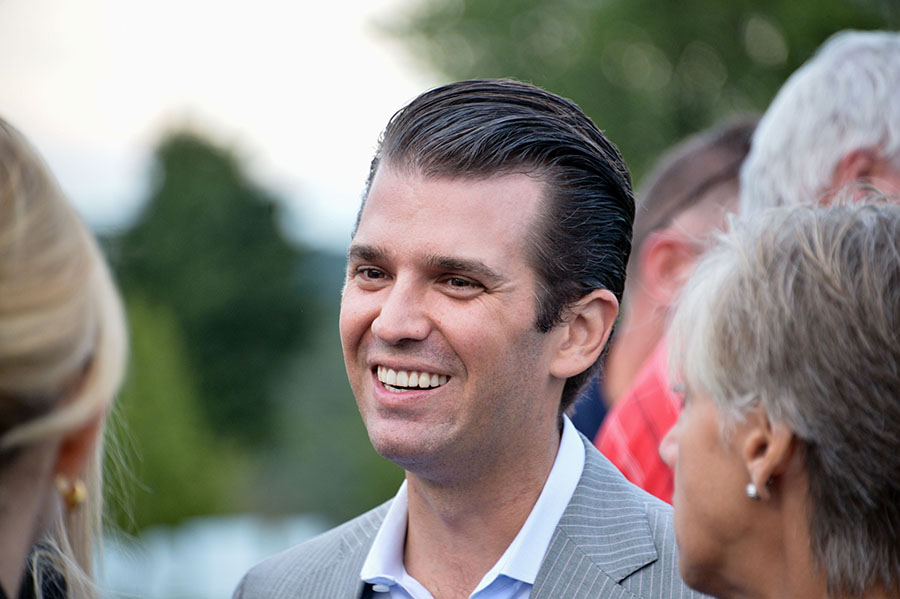 In the emails, a Russian tabloid writer, Rob Goldstone, claimed he had an offer "to provide the Trump campaign with some official documents and information that would incriminate Hillary and her dealings with Russia and would be very useful to your father."

Goldstone continued: “This is obviously very high level and sensitive information but is part of Russia and its government’s support for Mr. Trump.”

Trump, Jr. and Goldstone know each other through his association with President Donald Trump's Miss Universe pageant years ago.

Trump, Jr., his brother-in-law Jared Kushner and another man took part in the meeting with Natalia Veselnitskaya on June 9, 2016.

Shortly after the meeting began, Kushner got up and left the room. He never came back into the room, according to Natalia.

Trump, Jr. ended the meeting after 20 or 30 minutes, once it became clear that Natalia did not have dirt on Mrs. Clinton.

All presidential candidates dig for dirt on their opponents wherever they can find it.

Read the emails below.

Here's my statement and the full email chain pic.twitter.com/x050r5n5LQ