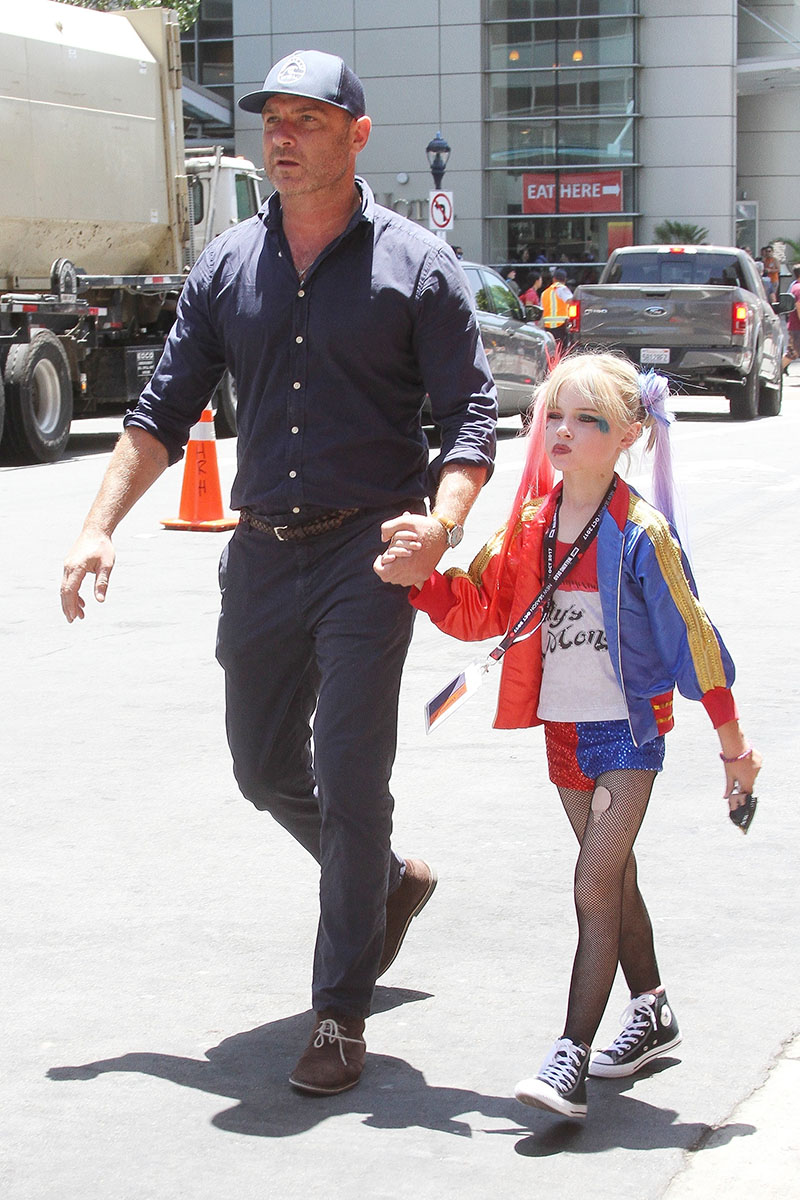 Samuel, who goes by his middle name Kai, wore a Harley Quinn costume complete with blond wig, smeared makeup and ripped fishnet stockings -- and no one batted an eye.

Schreiber, 49, has been going through hard times since his split from longtime partner Naomi Watts, who reunited with her boys at the popular comic book conference.

Watts, 48, and Schreiber are co-parenting their sons. You can see how that's working out for their youngest son.