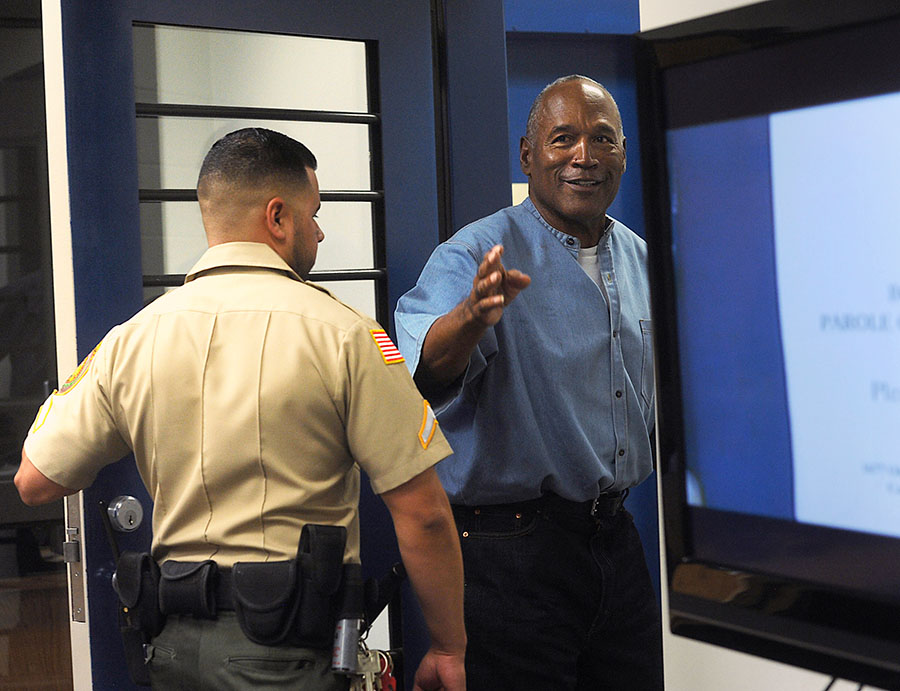 State prisons spokeswoman Brooke Keast released an image and video of Simpson signing documents prior to his release at 12:08 a.m. He was dressed in a denim outfit, a denim ball cap and pristine white prison-issue sneakers.

Simpson was released one day early because prison officials wanted to avoid a Princess Diana-type accident if Simpson's car was pursued by the hordes of reporters and photographers waiting outside the prison gate.

Keast said she had no idea where the former Buffalo Bills running back was going after he signed documents and left the prison with longtime friend Tom Scotto, of Naples, Florida.

A sympathetic parole board granted Simpson an early release during a much-hyped televised hearing on July 20. He faces restrictions of up to 5 years on parole. 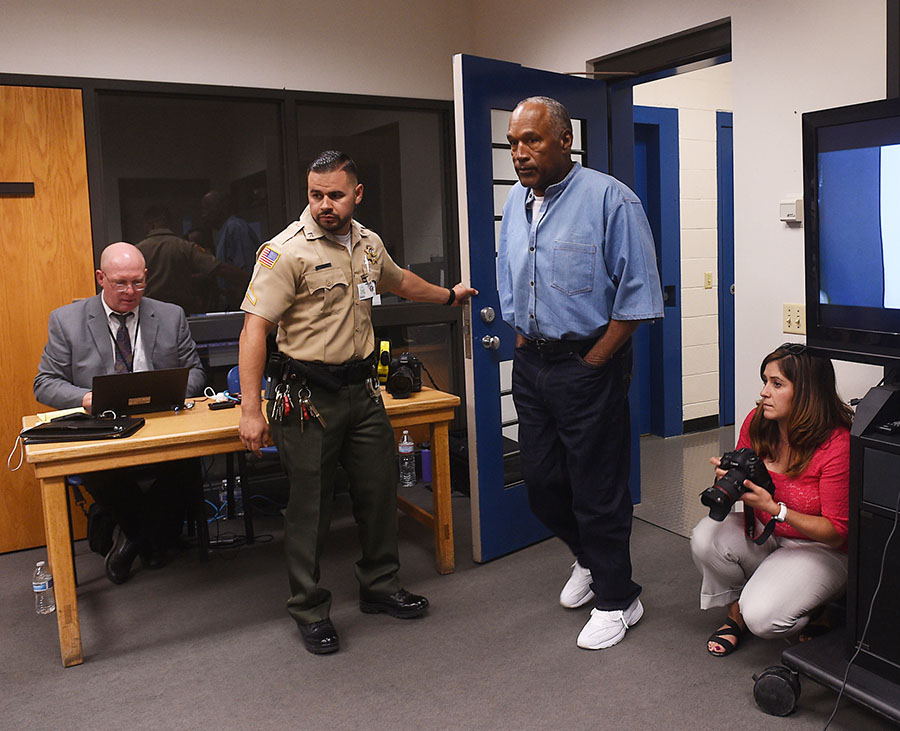 There was speculation that Simpson may return to Florida where he lived before he was arrested for armed robbery of 2 sports memorabilia dealers in Las Vegas in 2007.

But Florida prison officials said they did not receive a transfer request from Nevada, and the Florida attorney general said she doesn't want the convicted felon living in her state.

Simpson lost his Miami home to foreclosure in 2012 following his conviction in Nevada.
The 1968 Heisman Trophy winner was acquitted of murdering Nicole Simpson and Ronald L. Goldman in 1995.

Many believe justice and karma were served when Simpson was convicted of armed robbery 13 years later.

Simpson's youngest children, daughter Sydney and son Justin, who live in Florida, reportedly went on a property buying spree earlier this year. They snapped up dilapidated homes and apartment buildings at bargain basement prices of $35,000 to $65,000 each.

Many speculate that Simpson's children purchased investment property in Florida with some of the millions Simpson stashed away in offshore bank accounts in the Cayman Islands and British Virgin Islands.

In 1997 a jury awarded Ron Goldman's father, Fred Goldman, $33.5 million in punitive damages. The jury award has swelled to over $65 million in additional fees that have gone unpaid.

Goldman can't touch Simpson's NFL pension, so he hopes to recover money from Simpson's offshore accounts -- if he can locate them.

Goldman's lawyers plan to attach any money Simpson is paid for an exclusive post-prison interview or proceeds Simpson may potentially earn from a book or movie deal.