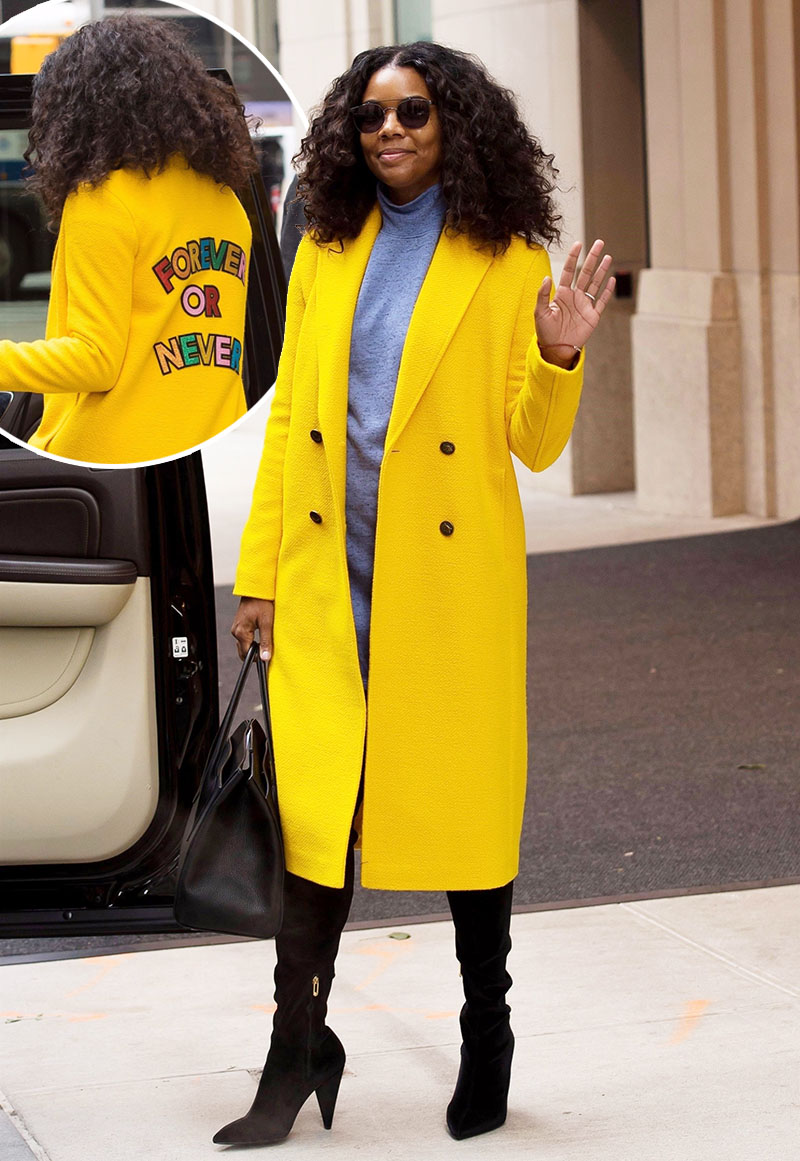 Actress Gabrielle Union was spotted out and about promoting her book in New York City. The 45-year-old businesswoman looked fabulous in a canary yellow "Forever Or Never" patch coat from Mira Mikati ($1,279).

Union recently offered her support to embattled news anchor Demetria Obilor, who is still under fire for the revealing clothes she wears on the air that barely covers her voluptuous bod.

One viewer wrote the TV station saying she would boycott the news program because Obilor was a "size 16 woman in a size 6 dress, and looks ridiculous."

Union, who has come under fire for revealing her kinky bedroom habits with husband Dwyane Wade, took to Instagram.com to throw support to Obilor:

"Sending love, light and support to Dallas News Anchor Demetria Obilor who was recently body shamed online. YOU are the real life Mary Jane… A go-getter news anchor who dresses DOPE and doesn’t give a s*** what everyone else thinks. Keep on kicking ass and taking names queen. We love you just the way you are!”

Union also sent Obilor a box of more suitable items for the working woman from her own clothing line, New York and Company:

And since you slay everything you wear, I’m sending you a bunch of pieces from my [New York and Company] collection and some credit for extra pieces!”