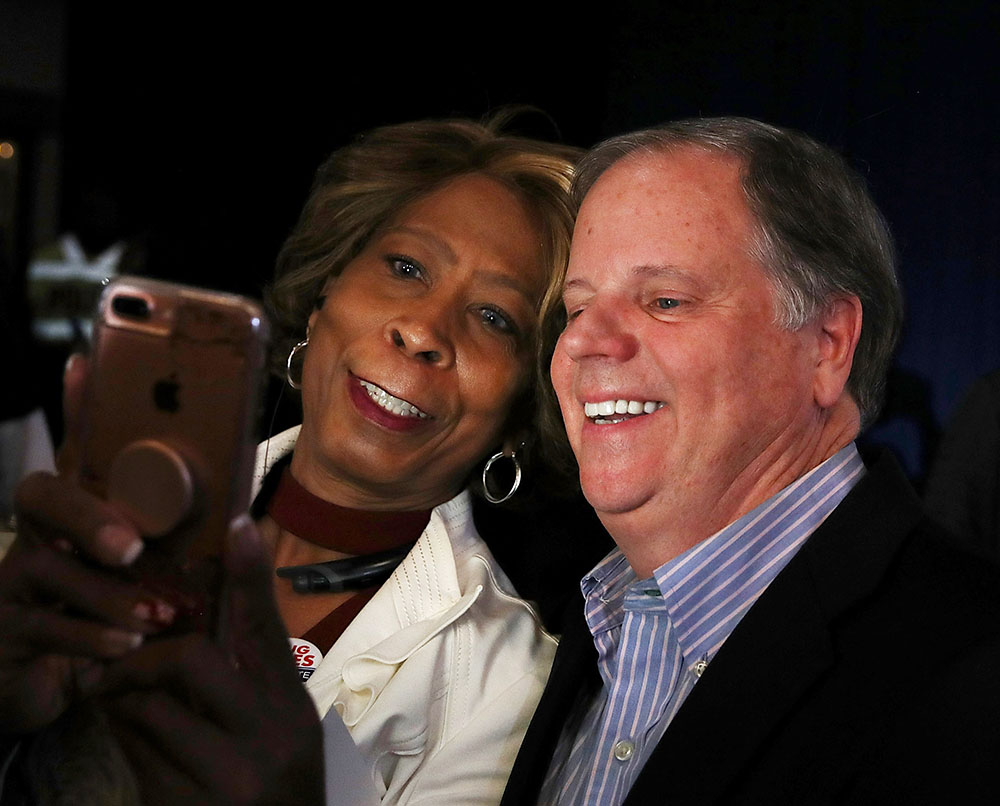 Jones refused to side with Democrat Cory Booker of New Jersey who is among those in Congress pushing for President Trump to resign.

"Let's get on with the real issues that are facing people of this country right now, and I don't think that the President ought to resign at this point," Jones said. "We will see how things go. But, certainly, those allegations are not new, and he was elected with those allegations at front and center."

Jones also said the Senate should not expect him to vote along party lines just because he's a Democrat.

"(O)ne of the problems in American politics right now, in my opinion, is that everybody thinks, because you're a member of one party or another, you're going to vote a certain way and that should not be the case," Jones said. "I'm going to talk to people on both sides of the aisle, try to figure out what I think is in the best interests of my state and in the country. Now, don't expect me to vote solidly for Republicans or Democrats."

Black Alabamans who lifted Jones on their shoulders and carried him to victory over Roy Moore are feeling betrayed. Some say Jones is really a conservative who ran on the Democratic ticket.

They point to the fact that Jones supports full term abortions, which means he advocates killing black babies in the 3rd semester of pregnancy or the 7th or 8th month.

Abortion is the #1 killer of black people in America, and Democrats flood black communities with abdortion clinics to keep our population down while the Hispanic and non-black populations explode.