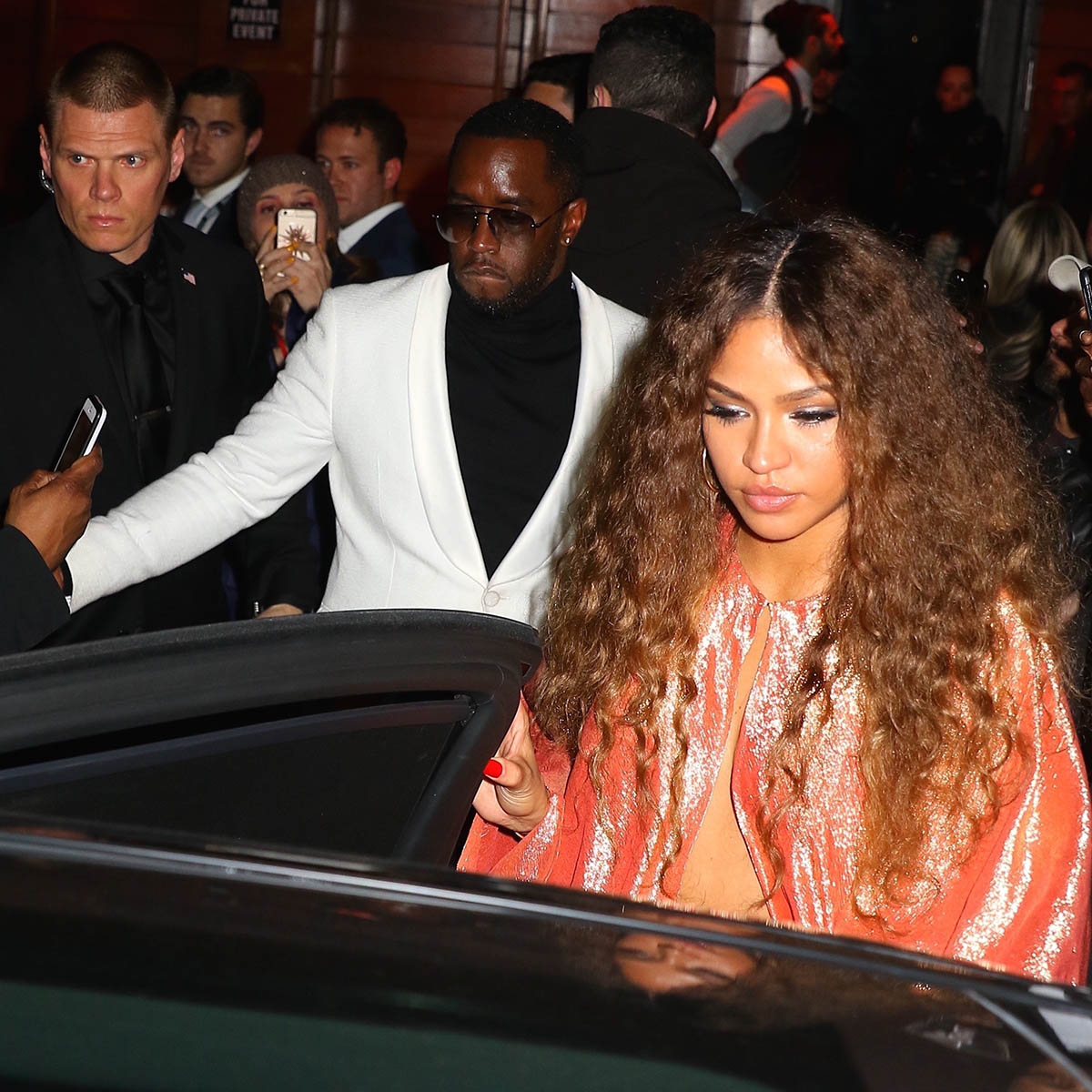 Power couple Sean "Puffy" Combs and longtime girlfriend Cassie arrived to a party at 1OAK after attending the 60th Annual GRAMMY Awards in NYC on Sunday. The pair looked fashionable as they greeted friends outside the club. Combs and Cassie are considering marriage only if she bears his children.

The 48-year-old father-of-5 has said he and Cassie, 31, are working on a baby together. He wants at least 2 children with the one-hit singer. 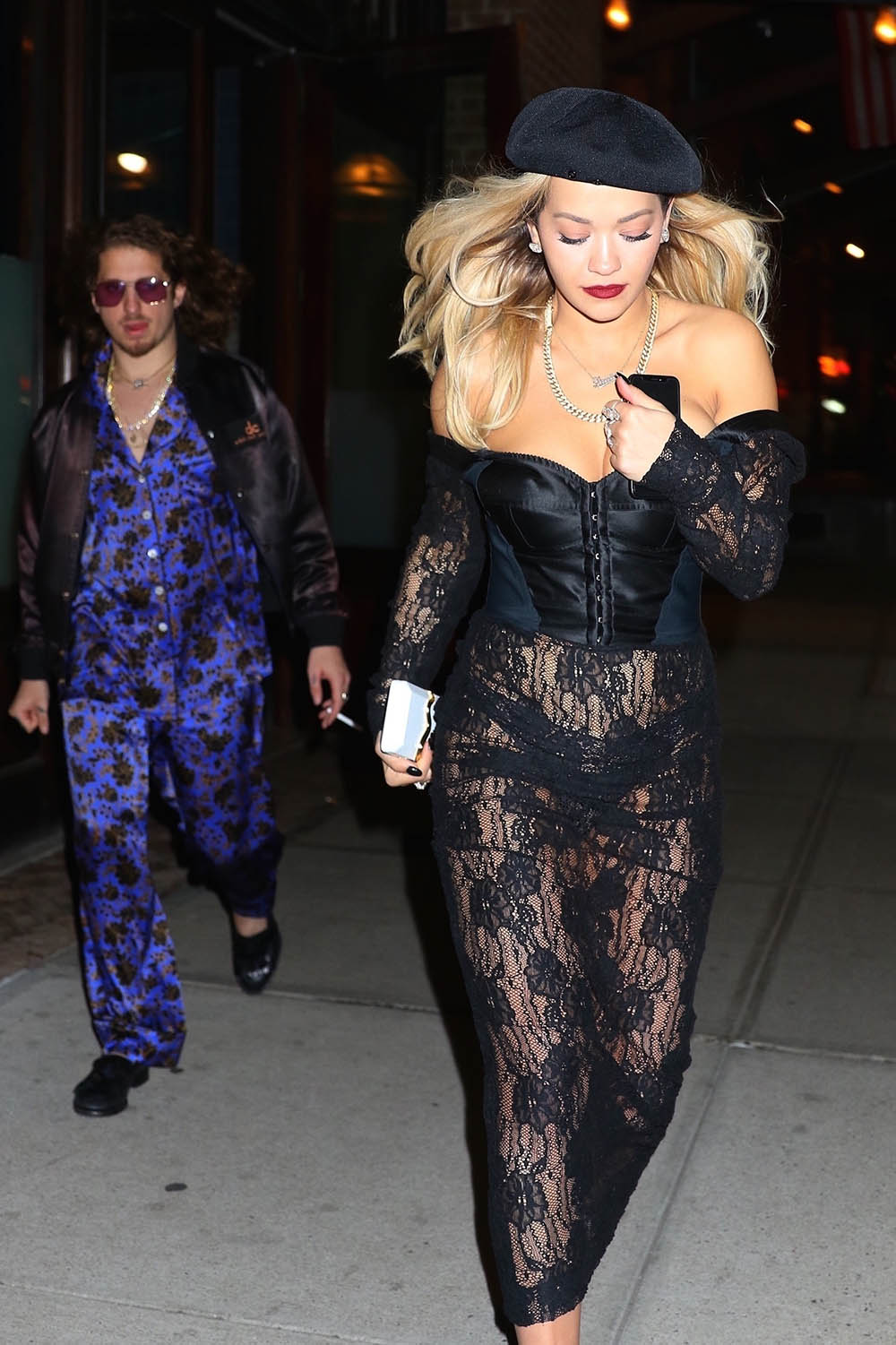 Songbird Rita Ora and boyfriend Andrew Watt were spotted leaving a GRAMMY After Party held at the Greenwich hotel in NYC on Sunday. Rita and Andrew wore fashionable pajama streetwear. Rita braved the 32-degree night air in a black sheer lace lingerie, while Andrew wore black & blue silk pajamas under a black jacket. Please be aware that pajama streetwear only works if you are a celebrity.