Just hours before the trading deadline today, the Cavaliers traded Isaiah Thomas, Channing Frye and a first round draft pick to the Los Angeles Lakers for Jordan Clarkson and Larry Nance Jr..

In a 3 team trade with Utah, the Cavaliers acquired George Hill and Rodney Hood for Derrick Rose. Utah will likely cut Rose who is a liability due to his frequent injuries.

The Cavs also sent Dwyane Wade back to Miami in exchange for Miami's "heavily protected" 2nd round draft pick. Wade, 36, reportedly asked to be traded back to Miami to be closer to his family.

Wade took an unexplained leave of absence from the Cavs last month after a rumored fight with a teammate during practice. At the time, Cavs Coach Tyronn Lue said Wade was taking a leave of absence for "personal reasons". 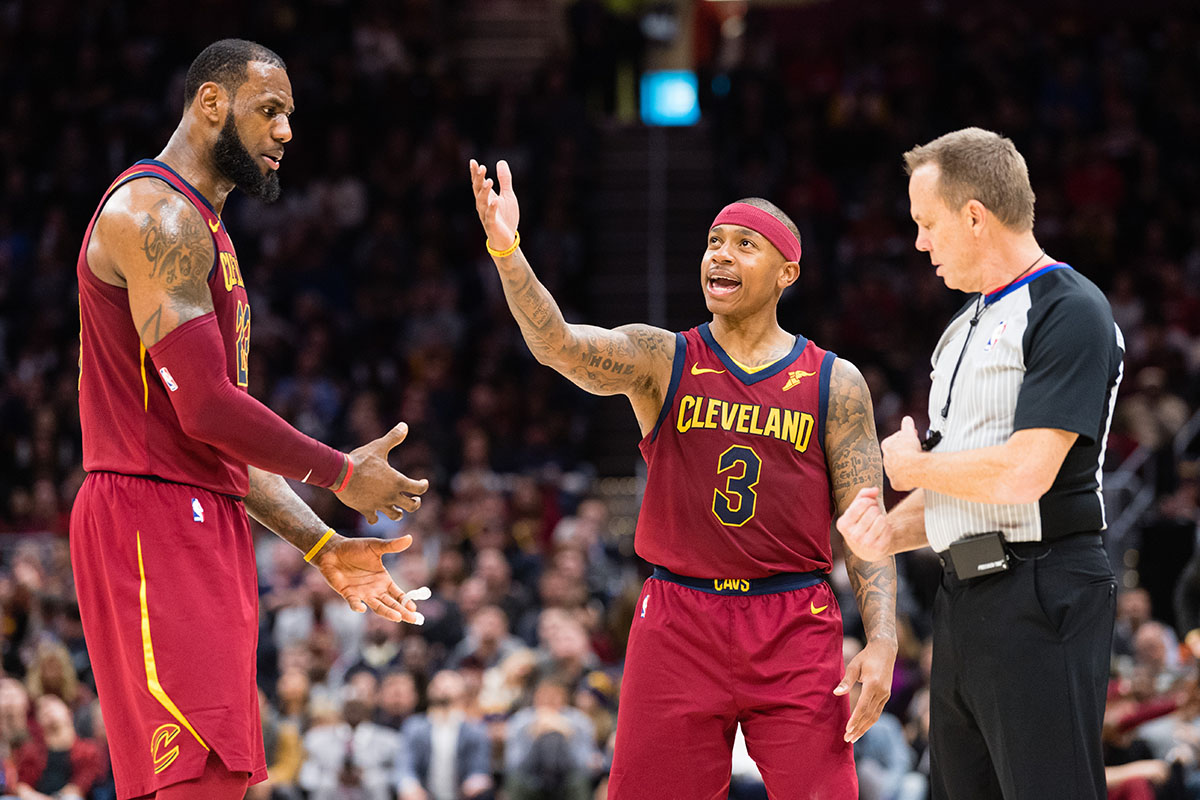 Thomas, 29, who came over from the Boston Celtics in exchange for Cavs guard Kyrie Irving, quickly became enemy number one after bad mouthing the team and leaking locker room secrets to sports reporters.

The tension between James and Thomas was evident during the Cavaliers vs Timberwolves game on Wednesday, when James refused to pass Thomas the ball. Then, after hitting the game winning shot in overtime, James blew past Thomas and ignored him during the team celebration.

In a post titled "Cavaliers Get Isaiah Thomas The F-ck Out Of Here," Deadspin.com reports Thomas isn't likely to convince any teams to “bring out the Brinks truck" when he becomes a free agent this summer.