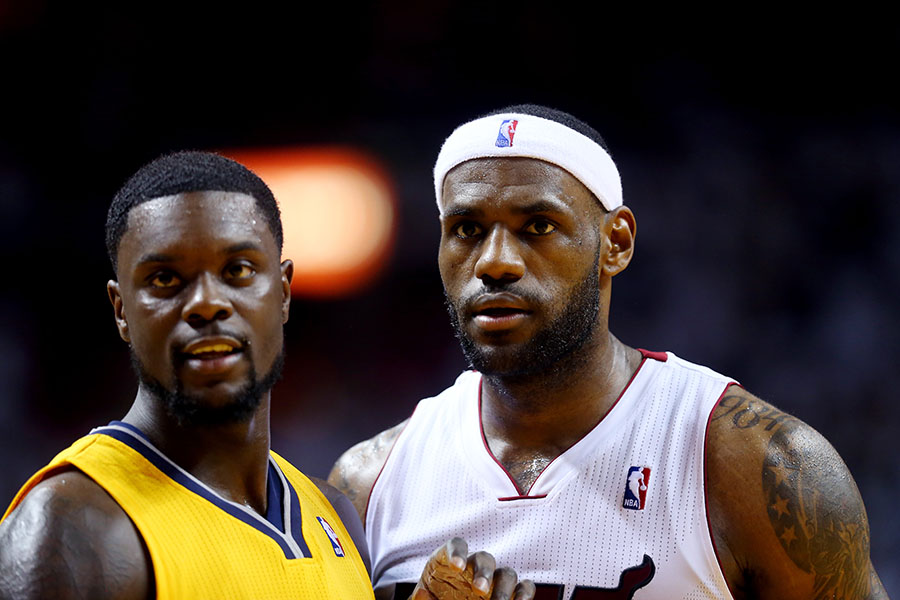 END_OF_DOCUMENT_TOKEN_TO_BE_REPLACED

Who can forget the furor caused by LeBron James' announcement that he was leaving Cleveland and taking his talents to South Beach?

Cavaliers fans burned LeBron's jerseys and called him everything but a child of God after his much-hyped "Decision" in 2010.

Is LeBron on the verge of breaking the hearts of his hometown fans again?

END_OF_DOCUMENT_TOKEN_TO_BE_REPLACED

The NBA's most famous narcissist is calling it quits after this season.

Kobe Bryant, of the Los Angeles Lakers, announced his decision to retire after this season with a poem on Derek Jeter's website, The Player's Tribune on Sunday.

END_OF_DOCUMENT_TOKEN_TO_BE_REPLACED

Rap artist Nicki Minaj expressed her opinion about British-Australian rapper Iggy Azalea who is threatening her reign as the queen of hip hop. Nicki disparaged Iggy during the 2014 BET Awards, saying, "What I want the world to know about Nicki Minaj is, when you hear Nicki Minaj spit, Nicki Minaj wrote it."

END_OF_DOCUMENT_TOKEN_TO_BE_REPLACED

Who knew British rapper Iggy Azalea was popular on this side of the pond? The 23-year-old model showed up at The Billboard Awards with her boyfriend, Los Angeles Laker Nick Young, who is 28 and has a son by another woman. Young enjoyed his moment in the spotlight a little too much Sunday night.

END_OF_DOCUMENT_TOKEN_TO_BE_REPLACED

The Lakers landed at the bottom of the NBA Western Conference with a dismal 1-4 record after breaking the bank to sign Steve Nash and Dwight Howard.

Lakers superstar Kobe Bryant reportedly expressed frustration with Brown's coaching strategy in the days leading up to his sacking. Bryant's angry stare at Brown in the closing seconds of the Lakers' loss to Utah on Nov. 7 set tongues wagging.

Brown becomes the 3rd Lakers head coach to lose his job due to Kobe's tantrums.

END_OF_DOCUMENT_TOKEN_TO_BE_REPLACED

I don't know how many times I have to repeat myself: stay off of social networking sites if you're a celebrity with no impulse control (or common sense).

Singer/songwriter Keri Hilson is having a bad week. First, she butchered the National Anthem by forgetting the words during halftime of the Lakers/Hawks game on Wednesday. Then last night, on her Twitter.com account, Keri insulted her own mother in response to a tweet from a moron that she should have ignored.

For those of you who are unfamiliar with the social networking site Twitter.com, Keri reposted (retweeted) a tweet from an idiot, and then she added her own words to the tweet, which are preceded by the arrow.

I don't know if Keri and her mom get along, but she didn't have to go there. Would you call your own mother a b*tch knowing that the world is watching? A better question would be, why do celebrities feel the need to lower themselves to the standards of a moron's by responding to ignorance with ignorance?