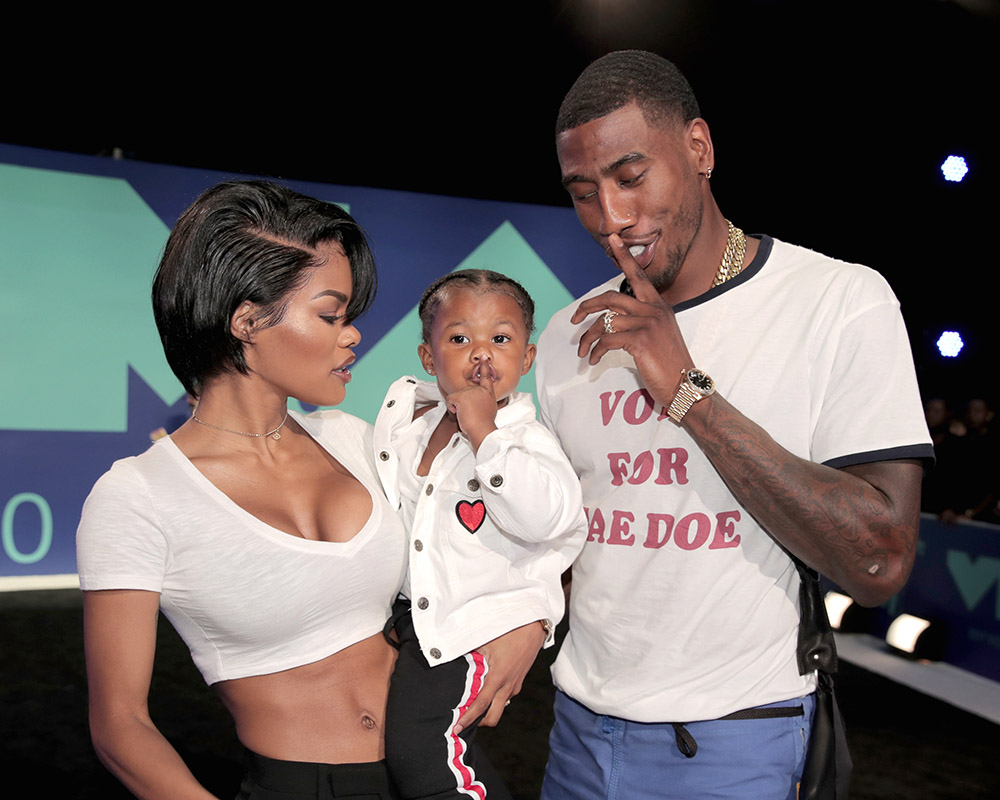 Teyana Taylor says having a child has severely impacted her sex life with husband Iman Shumpert.

In an interview with Page Six, Teyana and Iman, both 27, put their sex life on hold because their 2-year-old daughter, Iman Shumpert, Jr. is going through the sometimes difficult "Electra complex" stage of child development.

The Electra complex is a sometimes fierce competition between a little girl and her mother (or other women) for the affection and attention of her father. The stage usually begins by age 2.

Teyana explained that the trouble started after she filmed her seductive shower scene with Iman in Kanye West's "Fade" music video.

"That was the closest that Iman and I got to doing anything that night. When we got home, Junie was c–k-blocking, she did not let us do anything. Do not let the shower scenes fool you! Don’t get it twisted -- when we get it in, we get it in good -- but when Junie is around, we can kiss that goodbye."

Like most couples Teyana and Iman must schedule their intimate moments around those times when Junie is either distracted or asleep. That isn't easy because Junie often demands she share their bed with them so she can compete with mommy for daddy's affection.

“Junie falls asleep on my head. Even if Iman kisses me, she will move my face and kiss him, then she will bring me and his head together and we will do a three -- way kiss -- she has to be involved.”

Junie is at that age when little girls pass through that crucial Electra complex stage of competing with their mothers for the affection of their fathers. Remember that daddy is often a little girl's first love object.

For instance, if a mother blocks or challenges the young girl's affection for her father, the girl will grow to resent or hate her mother.

Girls who have problems at this stage often grow up to be lesbians or they seek relationships with men old enough to be their fathers.

Luckily, Junie has attentive and loving parents, so she will be just fine.