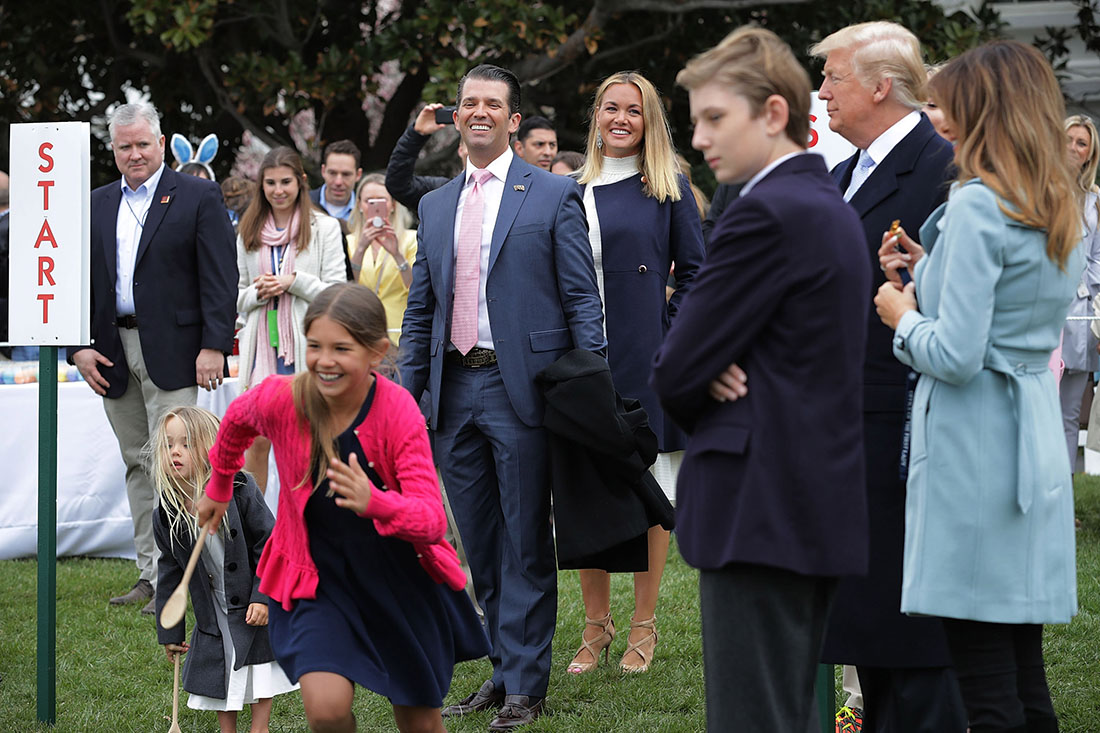 Vanessa filed for divorce from her husband of 12 years, leaving the most eligible bachelor in the U.S. to have his pick of high society ladies. But Vanessa hasn’t gone far. She and Don Jr. happily co-parent their 5 children, including Chloe, 3, and Kai, 10 (in pink sweater). 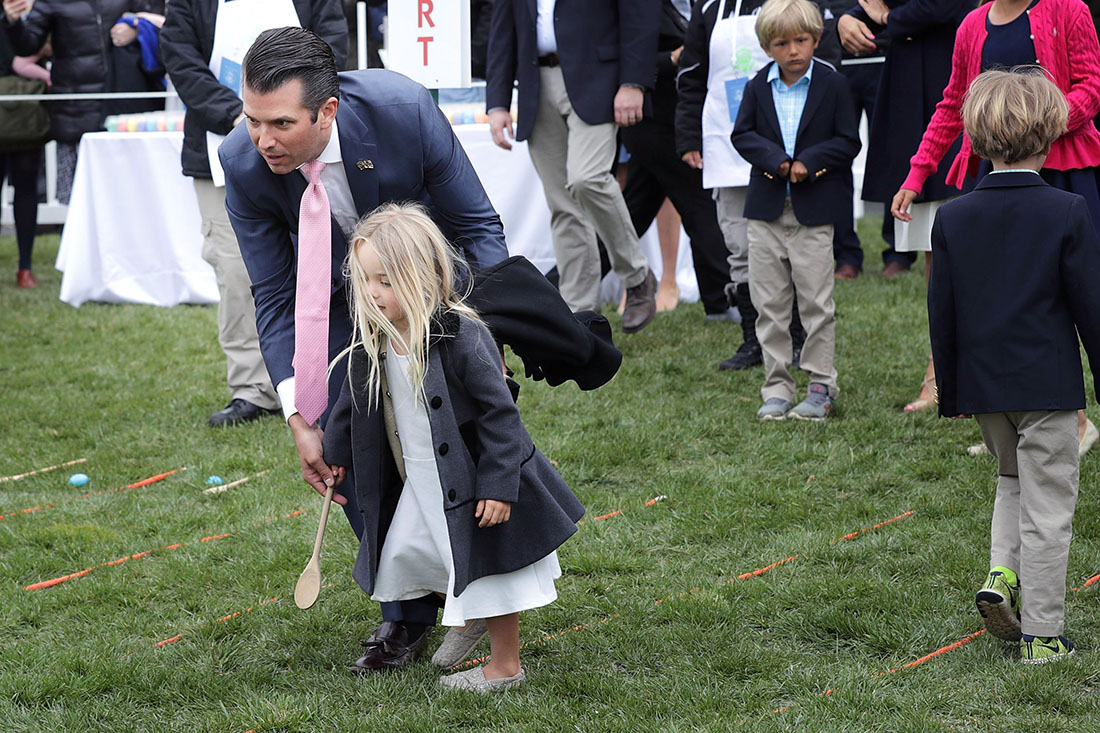 Donald Trump Jr. assists his youngest daughter Chloe in the hotly contested egg rolling event on the South Lawn of the White House. Every parent has a favorite child, but Don Jr. has 2 — Chloe and Kai. 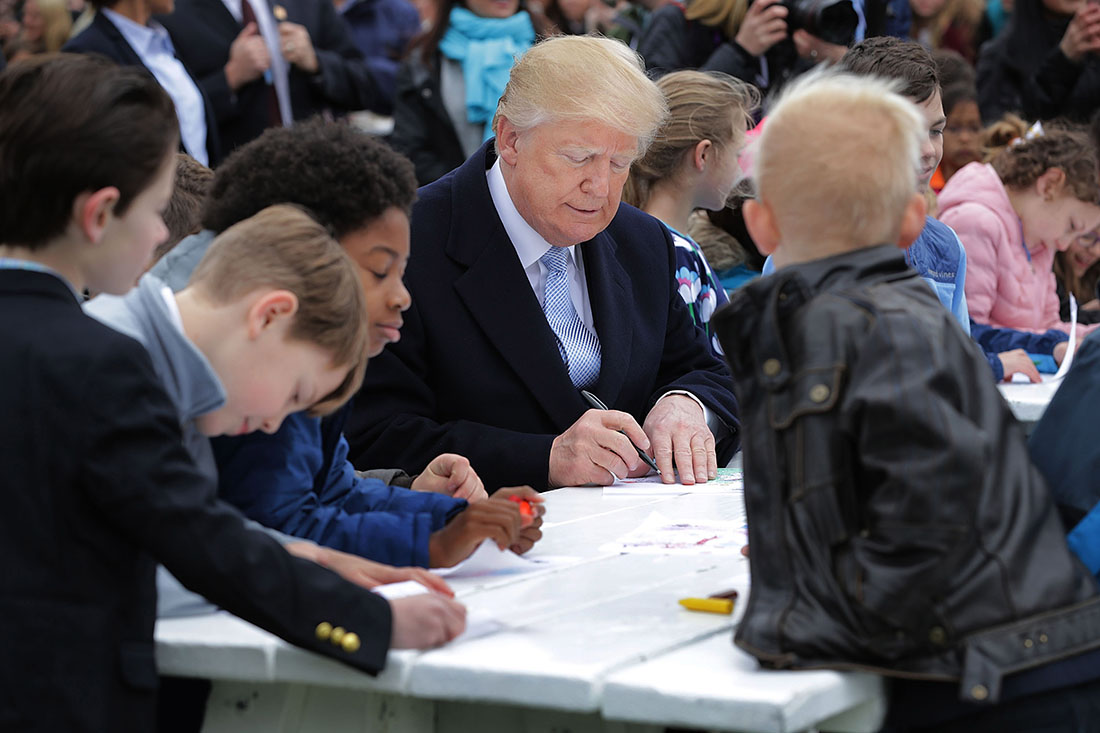 U.S. President Donald Trump sits with children as they write messages to military troops during the 140th annual Easter Egg Roll on the South Lawn of the White House. Trump’s grandchildren joined more than 30,000 children and adults for the annual tradition of rolling colored eggs down the White House lawn that was started by President Rutherford B. Hayes in 1878. 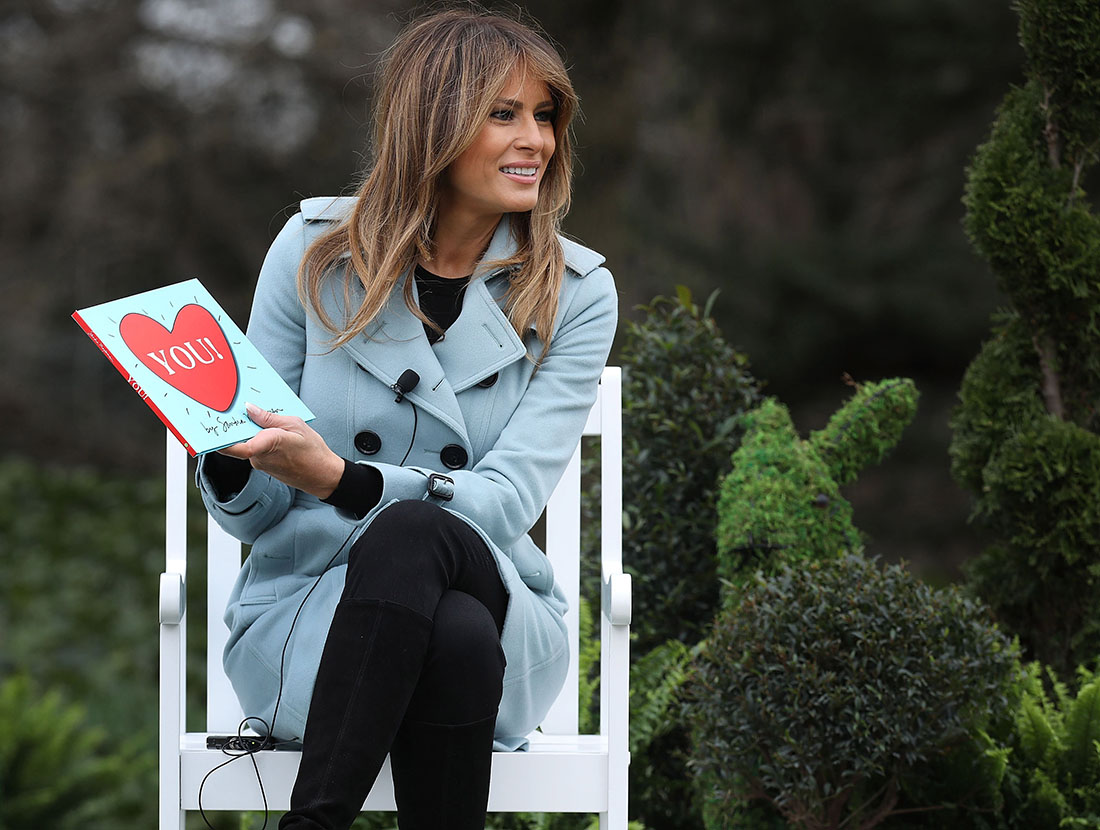 First Lady Melania Trump personally oversaw the arrangements for the 140th annual Easter Egg Roll and Hunt on the South Lawn of the White House. Mrs. Trump read to the children from a book with a giant red heart and the word (YOU) in the center of it.

Like all of the Trump women, Mrs. Trump knows her place is to stand by her man despite the rumors of cheating. 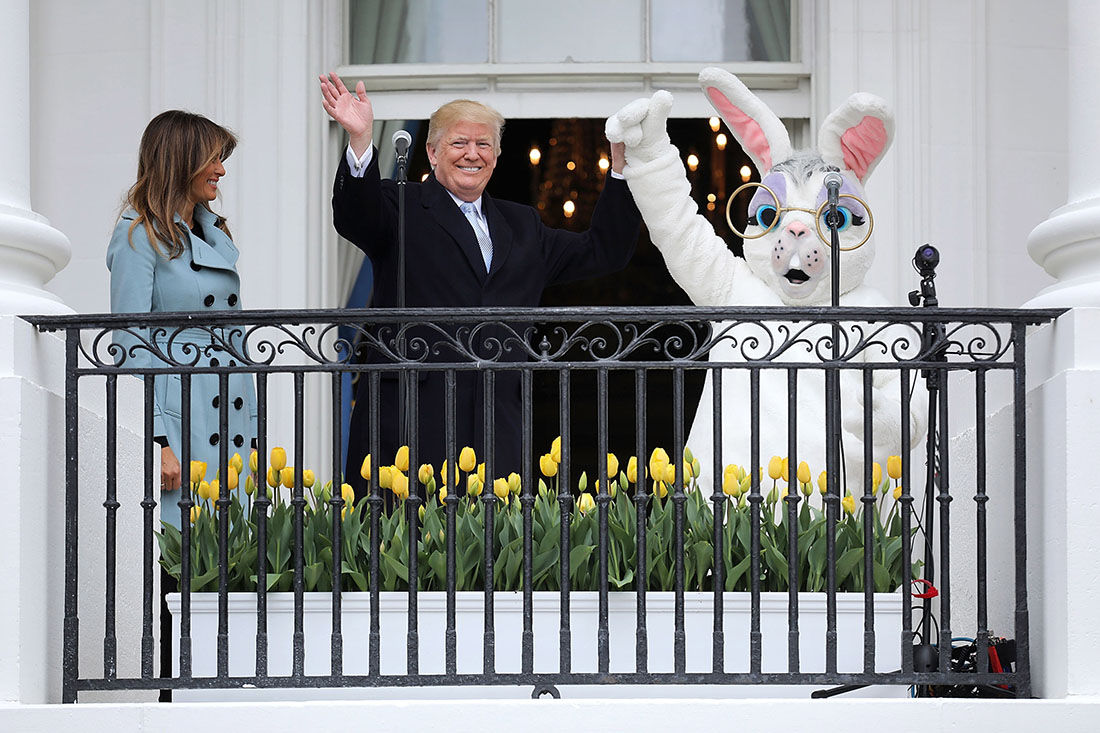 President Donald Trump and first lady Melania Trump walk out onto the Truman Balcony with a staffer dressed in an Easter Bunny costume during the 140th annual Easter Egg Roll on the South Lawn of the White House.

Great pic of some of the kids with the Easter Bunny just now at The White House. Chloe is missing because she’s apparently petrified of big bunnies and we found her hiding under a table to avoid any possible confrontation see next pic. ???? #whitehouse #Easter #family #tradition

Only my daughter could turn an Easter egg hunt into a combat sport??? No more nice dresses if there’s competition involved (see pic). She found the golden egg getting aggressive and literally sliding through the thick shrubbery to beat out the others in her age group. Good thing she’s not competitive? ???#easter #weekend

Time for our annual Easter Bunny Cake making tradition. This is great till they start eating it. Once the sugar kicks in I’m in trouble till it wears off and they pass out???. Kai wanted to play golf and Donnie is sick of his old man taking pics but one day he will be glad I made the effort. (It may just take a decade or three?) #easter #bunny #cake #candy #tradition