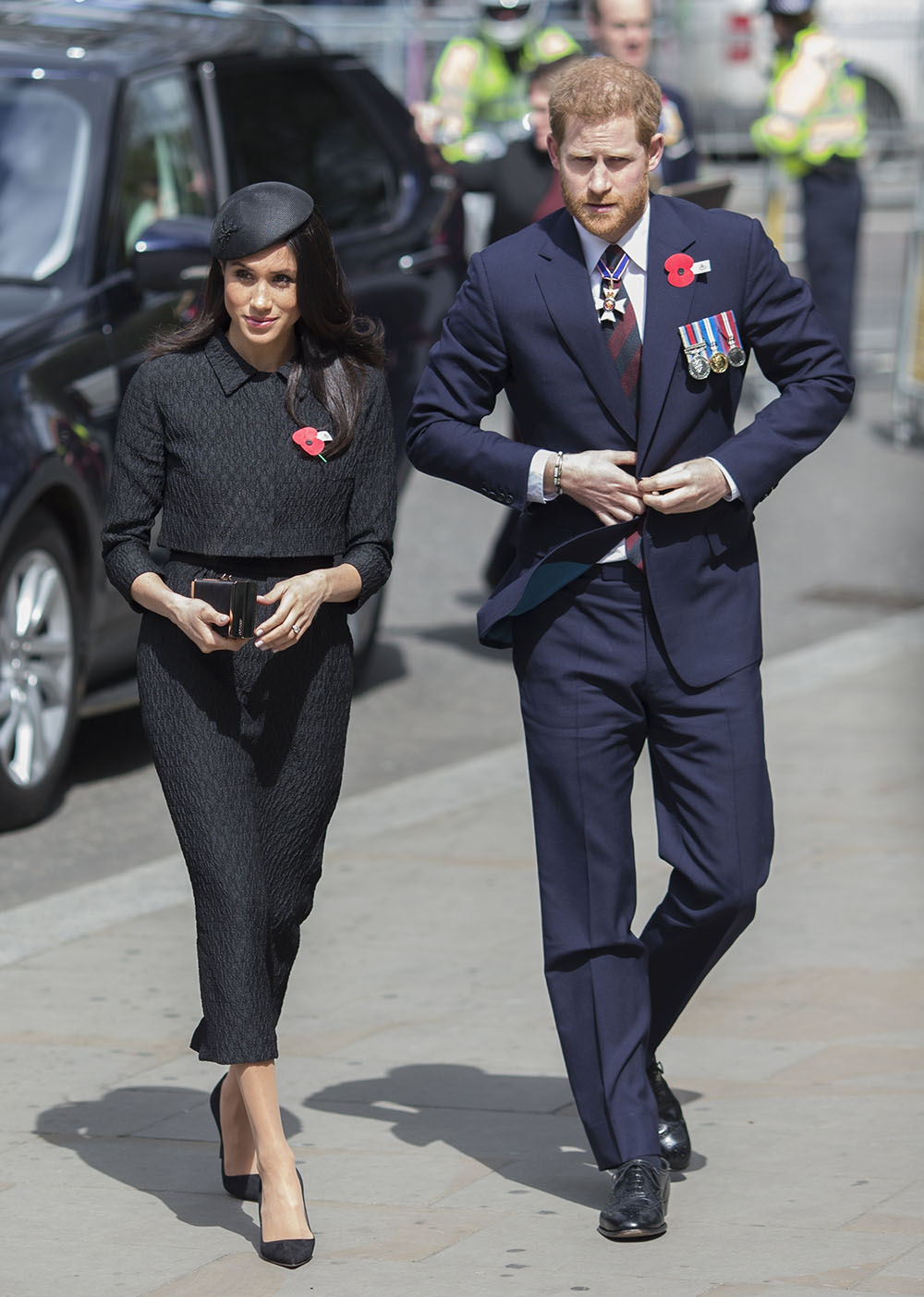 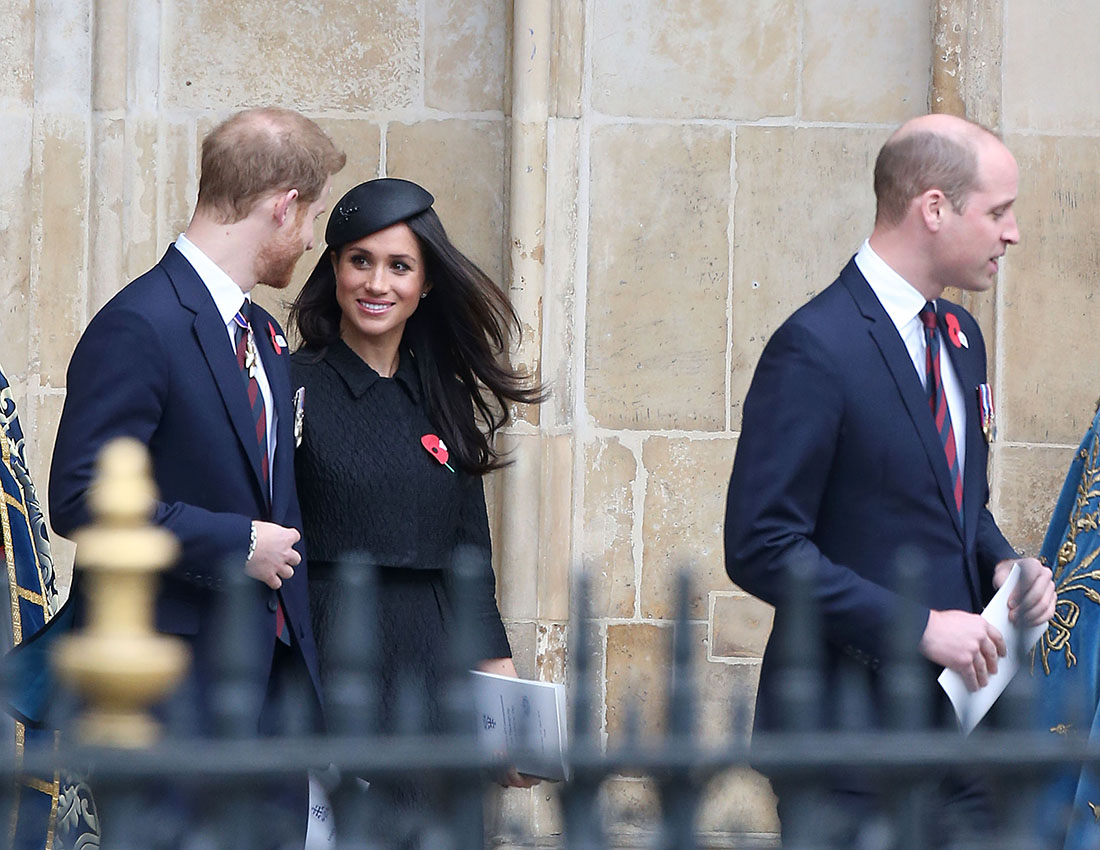 The royals attended the ceremony hours after Prince William and his wife Kate Middleton welcomed their third child, a yet to be named son. 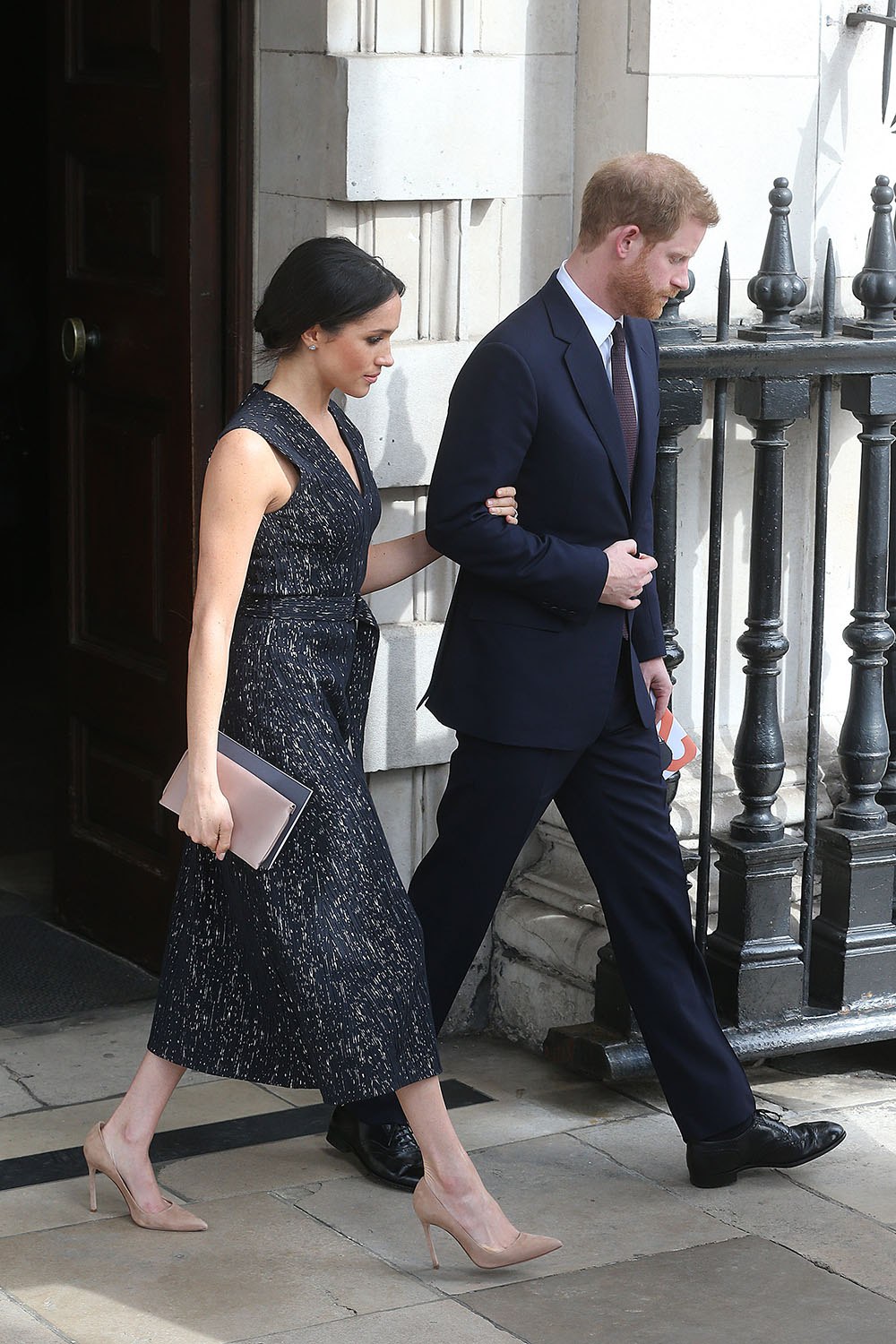 Meghan Markle, who normally dresses to the nines for public appearances, was heavily criticized on Tuesday for wearing an inappropriate frock (pictured) to a memorial for an 18-year-old black man who was murdered in a racist attack 25 years ago.

The American actress wore a sleeveless, printed V-dress by Hugo Boss to the memorial, sparking harsh words from the stodgy critics at American Vogue magazine. 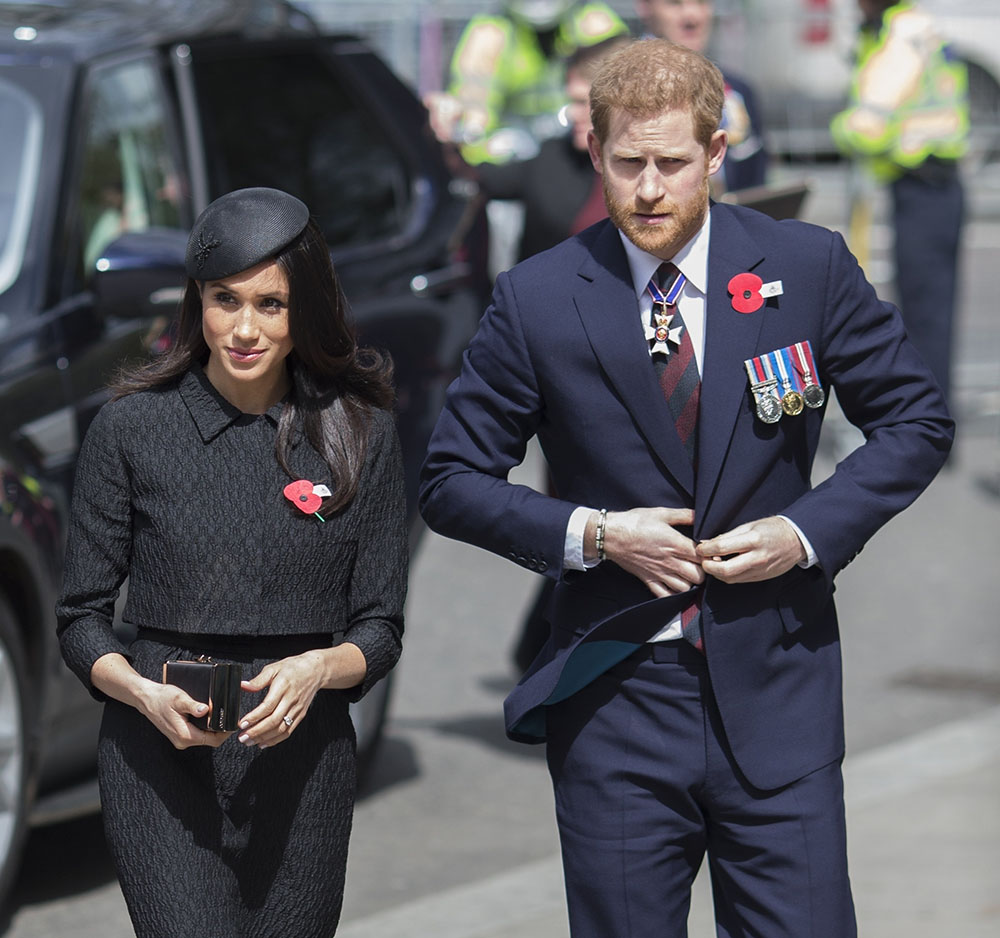 The 36-year-old redeemed herself on Wednesday by wearing a conservative black suit with a matching beret-style hat. What do you think of Meghan's conservative attire? Was she wrong to wear a sleeveless frock to the memorial? 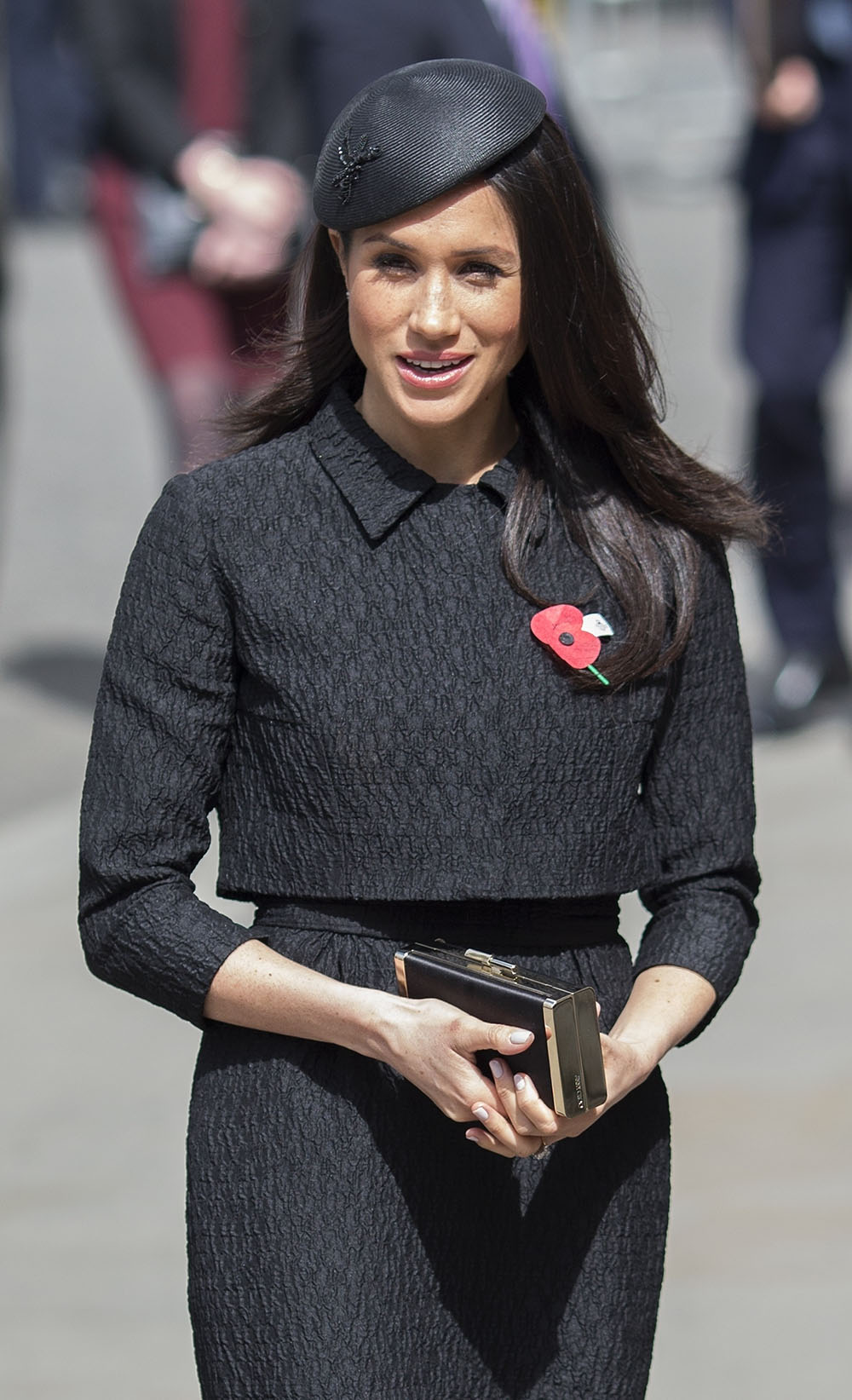