Rodman, 57, was mobbed by dozens of reporters as he calmly strolled through the airport. He wore a black t-shirt advertising the cryptocurrency company that sponsored his trip.

The NBA Hall of Famer and 5-time NBA champion enjoys close relationships with both Trump and Kim, who personally hosted Rodman in North Korea on several occasions.

Rodman appeared as a contestant on Trump's reality TV show "The Apprentice".

Rodman told the media, "I'm just happy to be a part of [the summit]. I feel like I've brought awareness to a lot of things around the world." 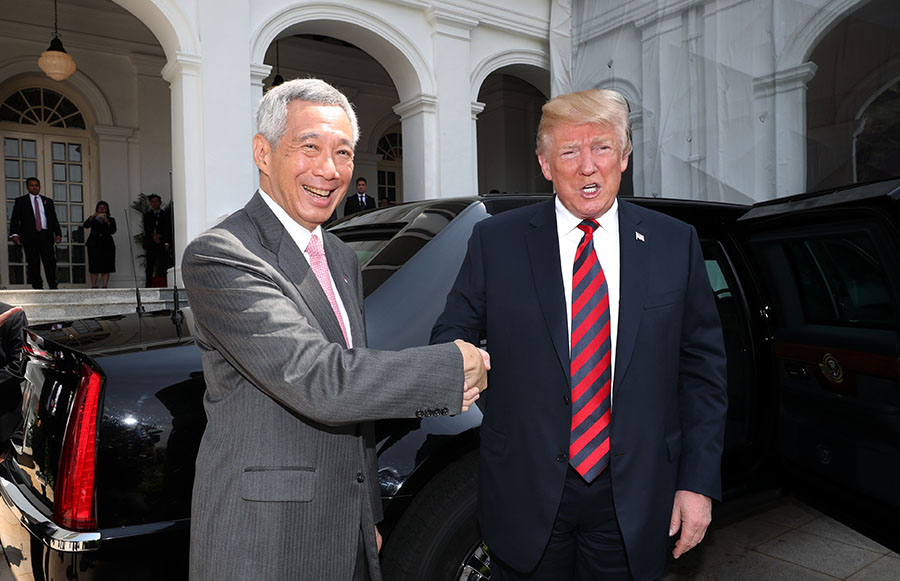 Trump, pictured with Singapore's Prime Minister Lee Hsien Loong, has backed off from his earlier demands that Kim give up his nuclear weapons immediately.

Trump, who is sometimes referred to as "the great negotiator," called Tuesday morning's summit a "get-to-know-you" meeting. 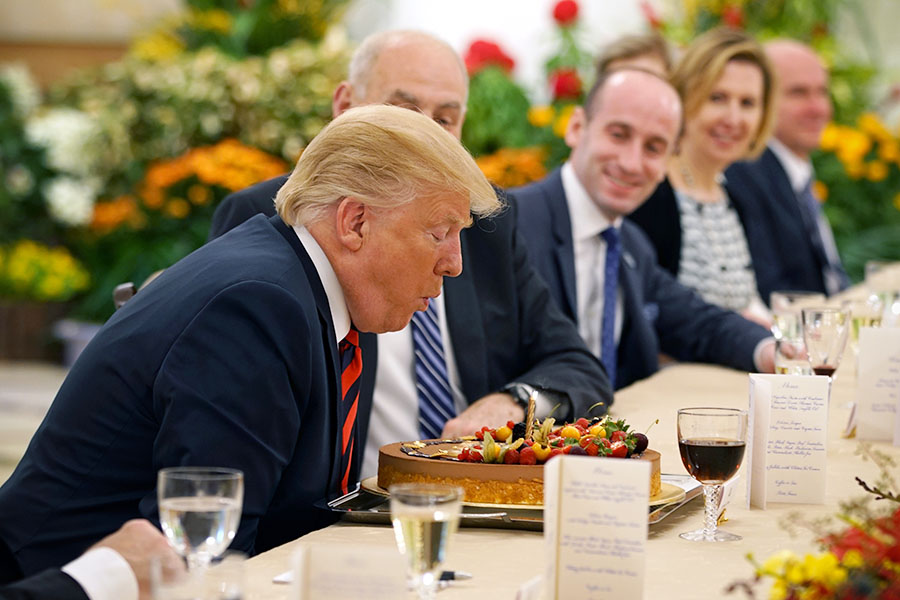 Singapore Prime Minister Lee Hsien Loong surprised President Trump with a birthday cake during their luncheon on Monday. Trump, who turns 72 on Thursday, is seen blowing out a candle. 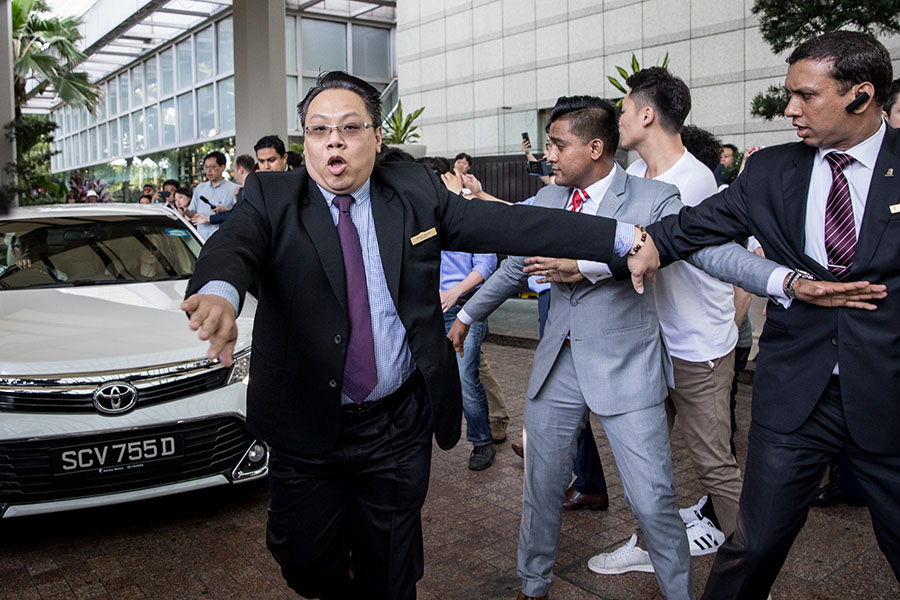 Security is extra tight on the tiny city-state island. Entire streets are blocked off around the hotels where the summit will be held.

Kim is being treated like a rock star in Singapore where hundreds of reporters follow him as he takes in the beautiful sights in Singapore. He reportedly dined on McDonald's hamburgers between feasting on expensive hotel food. 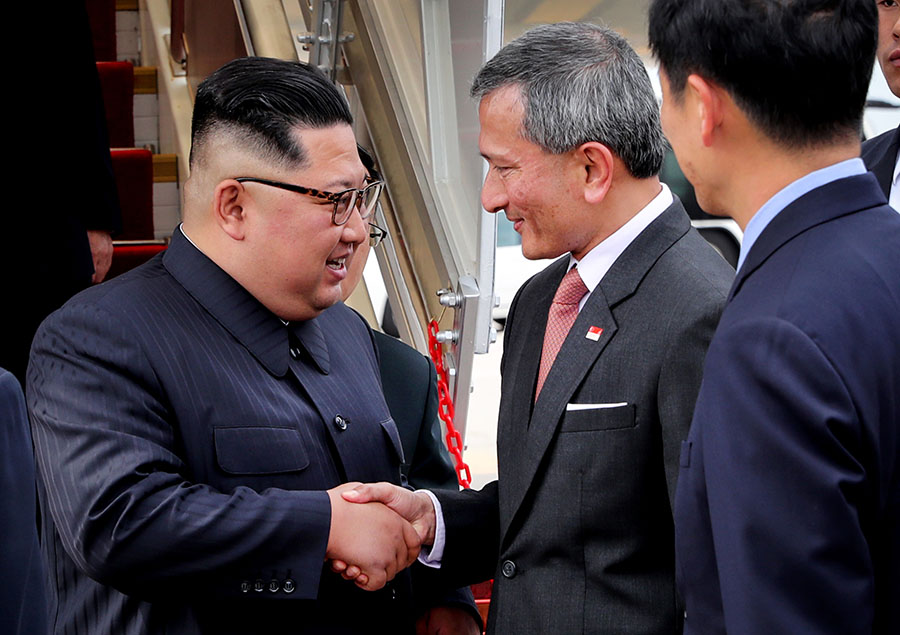 The North Korean leader, pictured left with Singapore's Foreign Minister Vivian Balakrishnan, is so fearful of being assassinated that he traveled with food tasters and over a dozen Secret Service-level bodyguards (who hilariously jog alongside his armored limo).

He also brought his own toilet to the summit.

But journalists remind the world that there are over 100,000 North Koreans still imprisoned in brutal labor camps.

The government-controlled media in North Korea waited a full day after Kim left the country to inform the people that their "dear leader" was gone.