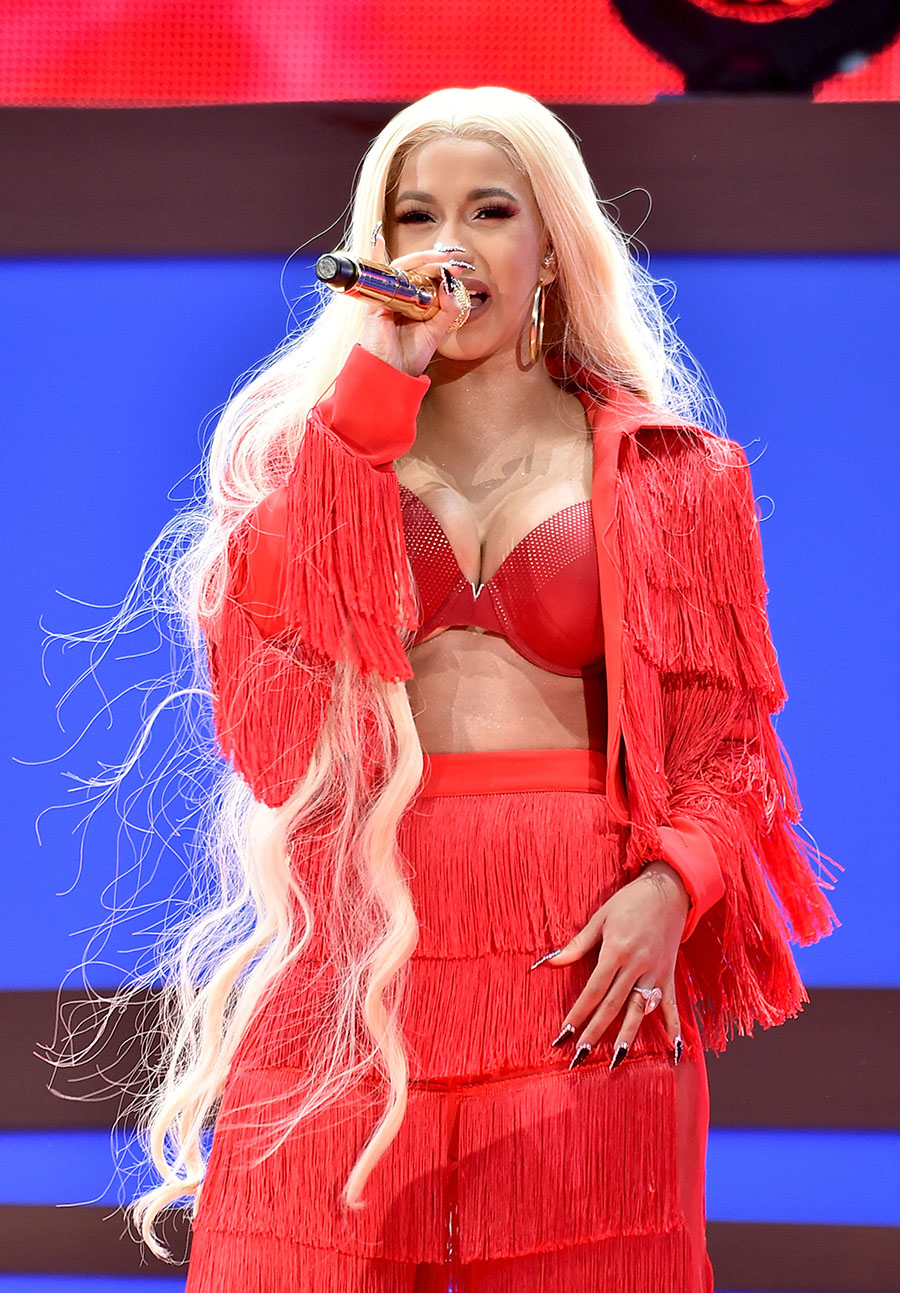 The 25-year-old rapper performed at the 2018 Global Citizens Music Festival in Central Park on Saturday, Sept. 29, in New York City.

Martin's ex-wife, Gwyneth Paltrow, tied the knot with producer Brad Falchuk in an intimate wedding ceremony at her East Hampton home on Saturday.

Cardi urged the crowd to get out and vote in the upcoming midterm elections. 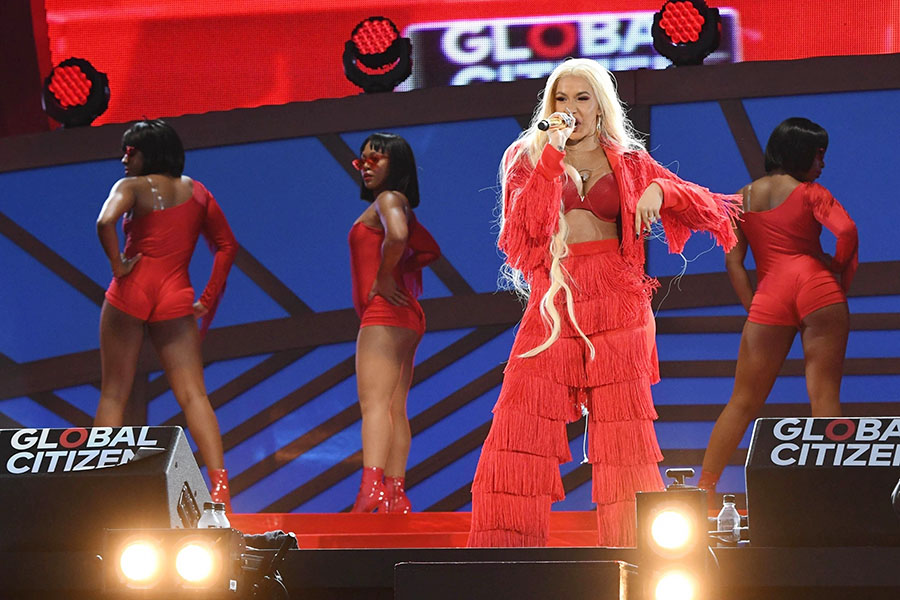 She reminded concertgoers of "that person" who won the presidential election because "everybody took it as a joke -- even me. I'm not even gonna front! Because I thought, man, that person ain't gonna win. And look where we at now!"

The rapper, who made headlines when she threw a shoe at rival rapper Nicki Minaj during NY Fashion Week, went on to say, "We need somebody that is gonna protect us, not put us in beef wit everybody else!"

The Global Citizens concert was briefly interrupted when a loud bang caused a stampede. The noise turned out to be a metal crowd control barrier that fell to the ground. 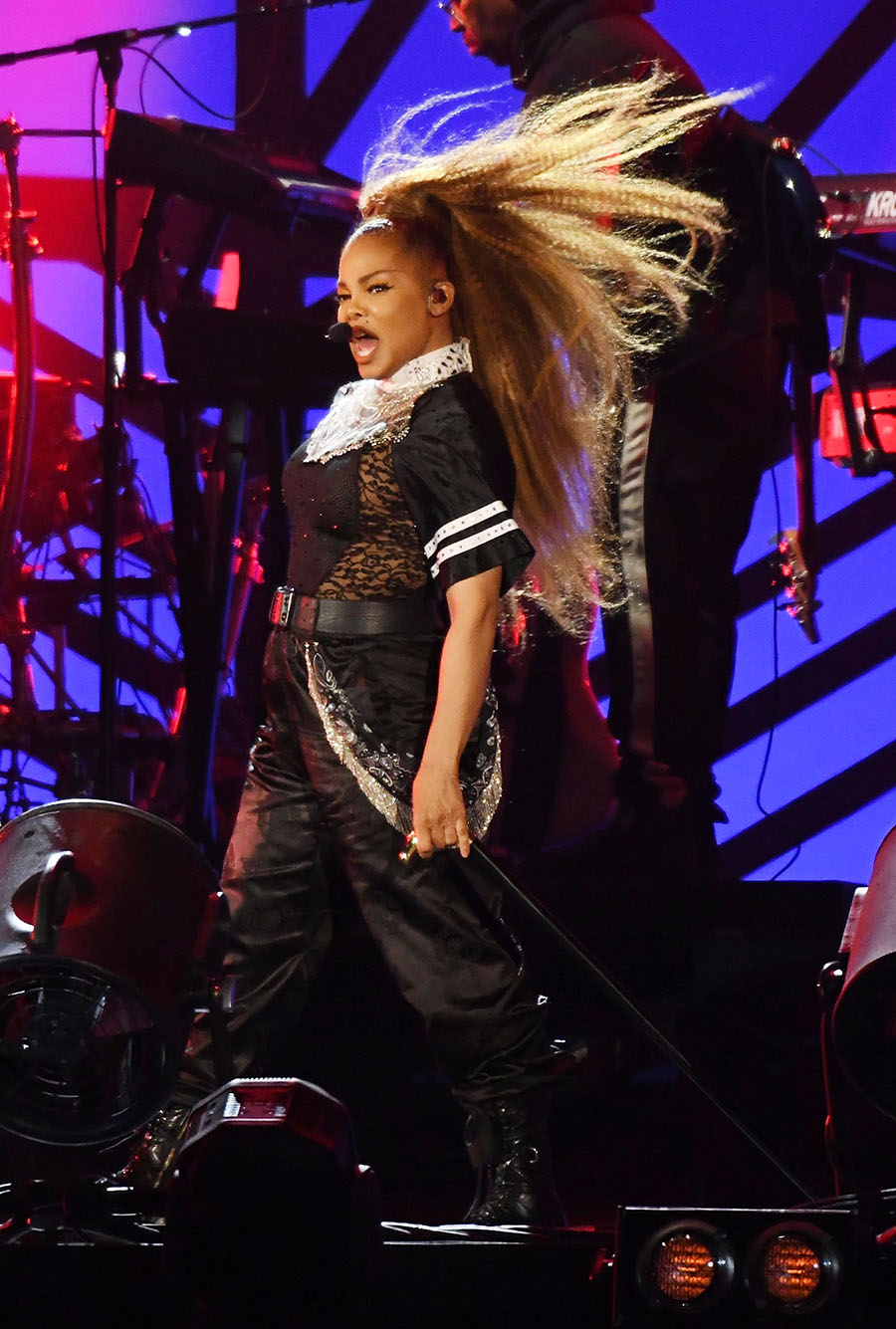 The concert resumed at 8 PM with a set by Janet Jackson after Chris Martin took the mic and calmed the crowd.

Jackson and rapper Q Tip performed a duet at the concert. Jackson, who still practices the Muslim faith, wore a costume that covered 90% of her body.

#PressPlay #CardiB urges everybody to vote in the upcoming election while on stage at #GlobalCitizenFest ????

#PressPlay #JanetJackson and #QTip reunited for her performance at #GlobalCitizensFestival ? #Socialites are you feeling it? ?? via @janetjacksonexclusive

#PressPlay #CardiB came through drippin for her return to the stage at #GlobalCitizensFestival ? #Socialites did she kill it? ?? (swipe left) via @tasteofcardib