Everyone applauded when famed director Tyler Perry offered former ‘The Cosby Show’ star Geoffrey Owens a role on his TV drama after photos of Owens’ bagging groceries at a Trader Joe’s in New Jersey went viral over the Labor Day weekend.

Many assumed Owens would jump at the chance to work with Perry. But Owens doesn’t share their enthusiasm.

“#GeoffreyOwens I’m about to start shooting OWN’s (Oprah Winfrey Network) number one drama next week! Come join us!!!” Perry tweeted on Tuesday. “I have so much respect for people who hustle between gigs. The measure of a true artist.”

Owens, who played Elvin Tibideaux on The Cosby Show from 1985 to 1992, responded to Tyler’s offer, telling news show Entertainment Tonight, that Perry’s offer was “kind of cool.

But Owens was a bit skeptical because Perry had never offered to audition him before his photos went viral on social media.

“I mean, that kind of sounded like he was saying, ‘Come work with me’. I’m so, like, skeptical. Like, really? Are you actually saying come work with me? Because we’ve never worked together before. So, that’s a very, very generous thing for him to say. And we’ll see what happens with that.” 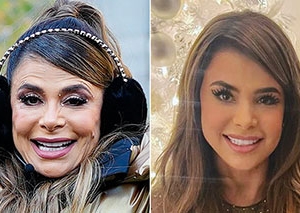