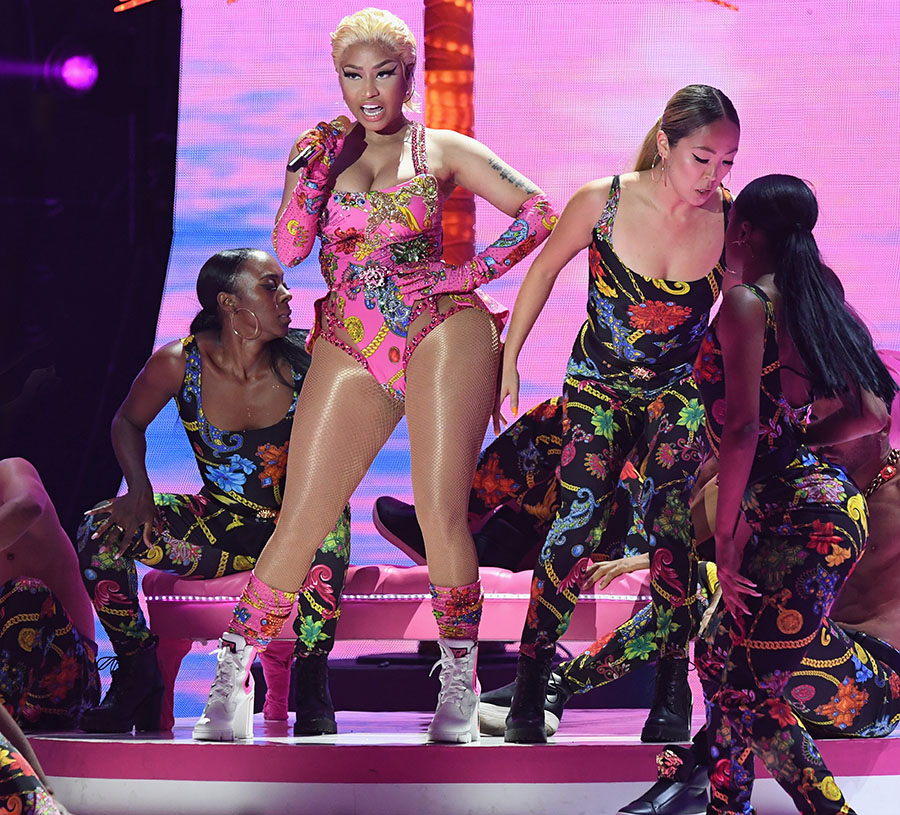 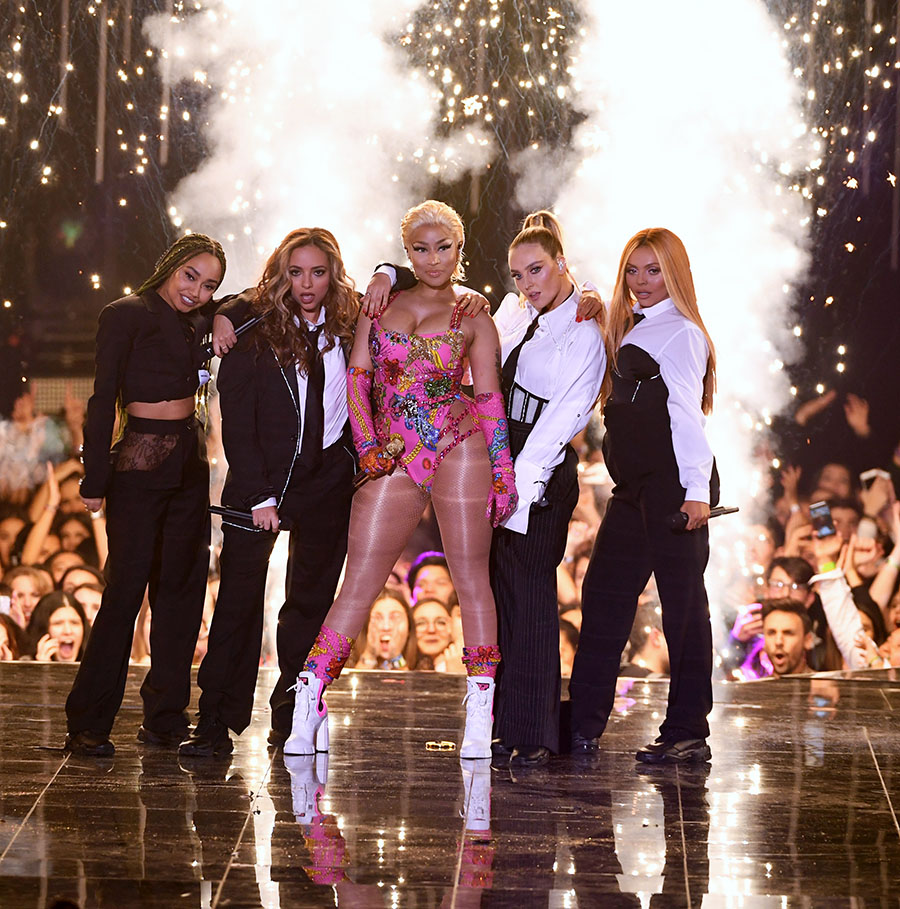 The 35-year-old rapper performed "Good Form" solo and "Women Like Me", her collaboration with British girl group Little Mix. 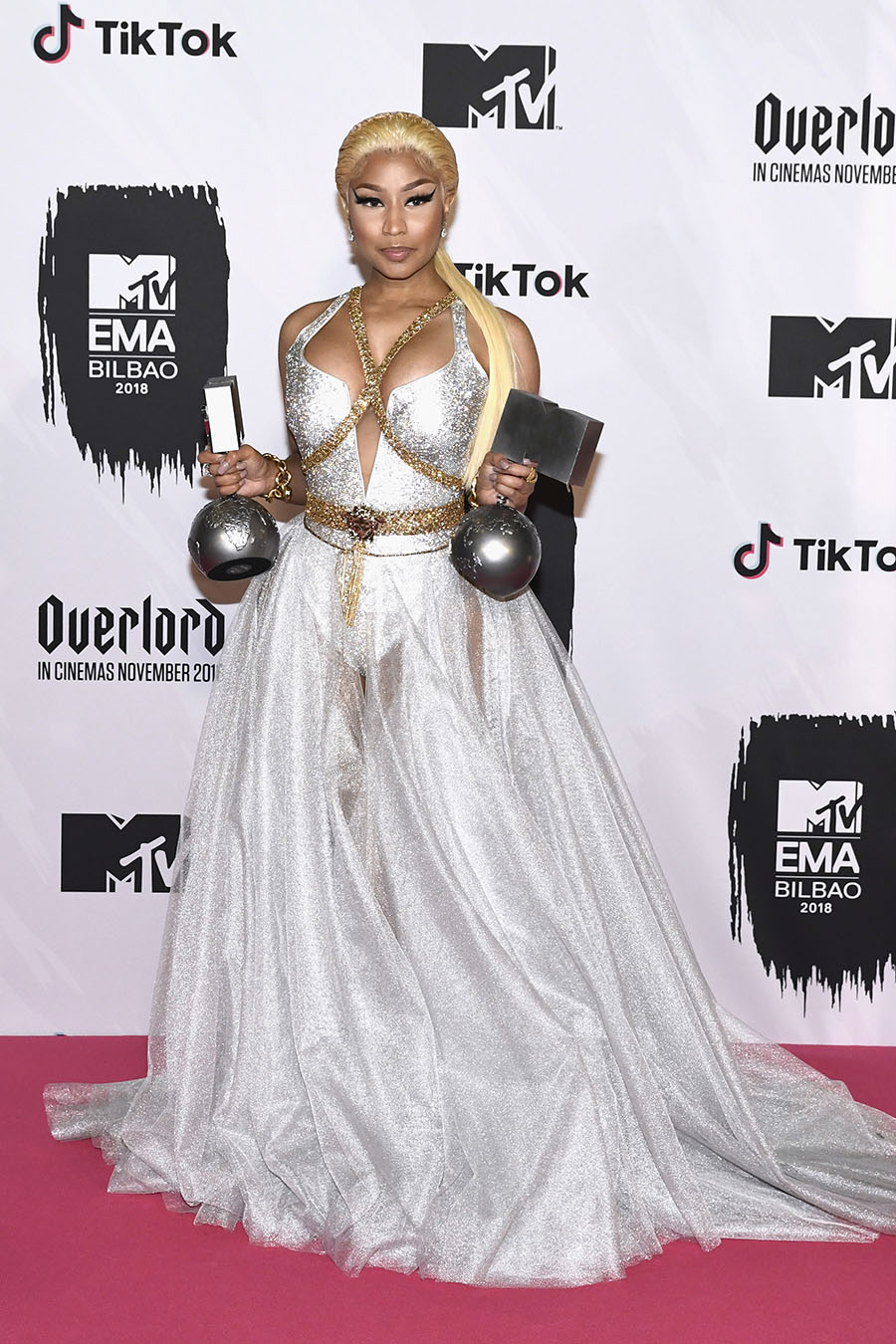 The "Barbie Tingz" rapper made Billboard chart history by appearing on the charts some 100 times.

According to Billboard, Nicki is the first female artist to have one hundred entries on the Billboard Hot 100 charts.

She managed the feat with her new Tyga collaboration, "Dip". which debuted at #83 on the new Hot 100 chart on Monday.

Cardi must be somewhere fuming mad.