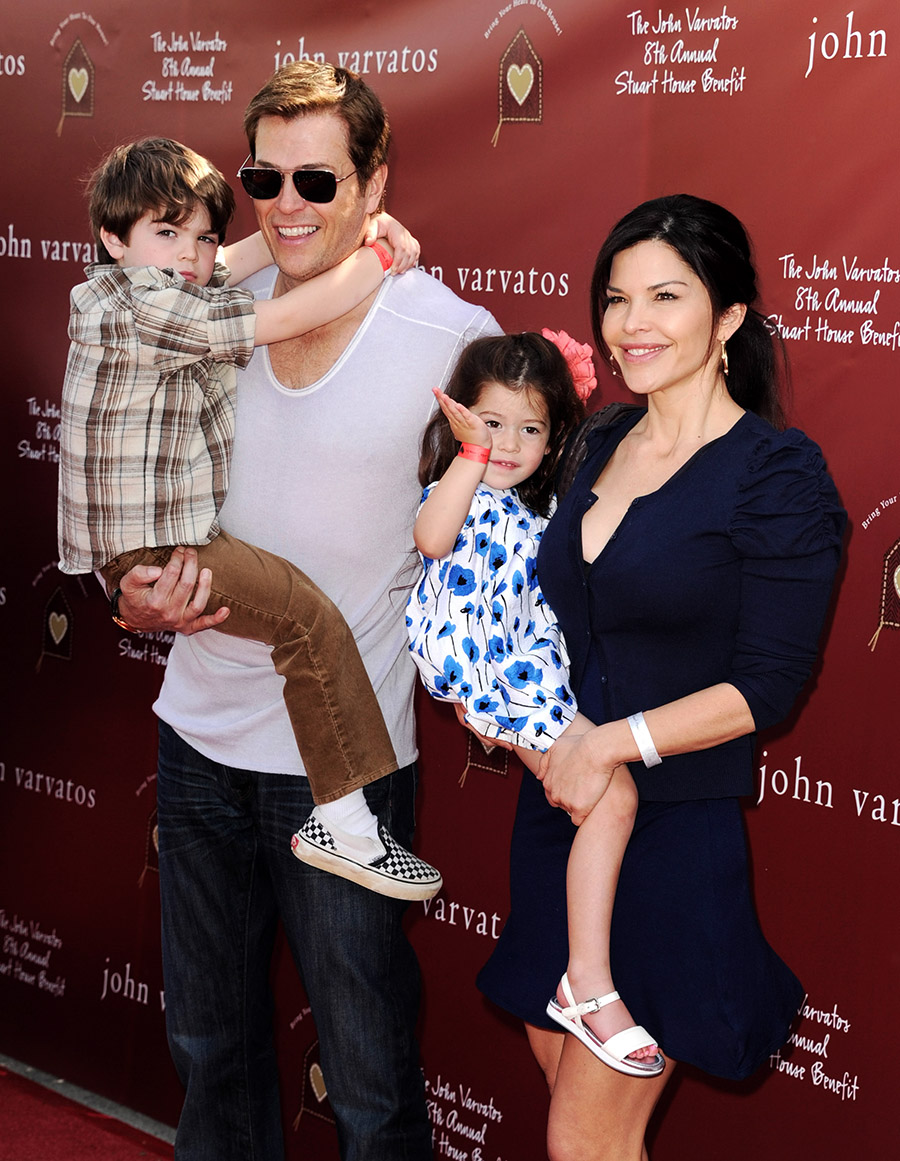 Whitesell, pictured here with his wife Sanchez and their two children, is one of the most powerful men in Hollywood. Sanchez is a former news anchorwoman who also works as a helicopter pilot.

In one text message obtained by The National Enquirer, Bezos wrote: "I love you, alive girl. I will show you with my body, and my lips and my eyes, very soon."

In another text, he wrote, "I want to smell you, I want to breathe you in. I want to hold you tight.… I want to kiss your lips…. I love you. I am in love with you."

On Wednesday, Bezos, the world's richest person, took to social media to announce his separation from wife MacKenzie Bezos after 25 years of marriage. Jeff and MacKenzie share four children.

A lawyer for Bezos confirmed there was no prenup. The tech magnate is worth $140 billion, according to Forbes.

The announcement came after The Enquirer informed Bezos that the paper would go public with information gathered during a four-month undercover investigation. The report includes steamy photos of Bezos and Sanchez on holiday together.

Bezos' lawyer told The National Enquirer that it was "widely known" that Bezos and MacKenzie (pictured) were separated "in the fall." He claimed the relationship with Sanchez began after the separation.

According to The Enquirer, the text messages were seemingly sent before the summer.

After Bezos announced his separation on Wednesday, his Instagram timeline was promptly flooded with marriage proposals and explicit offers of sex from hopeful female followers. At one point, Bezos disabled his comments on Wednesday.