Actresses Lupita Nyong'o and Priyanka Chopra looked trendy chic during outings in New York City on Monday. Lupita turned heads in a pink jumpsuit after her guest appearance at "The Late Show with Stephen Colbert" where she promoted her new horror movie "Us". 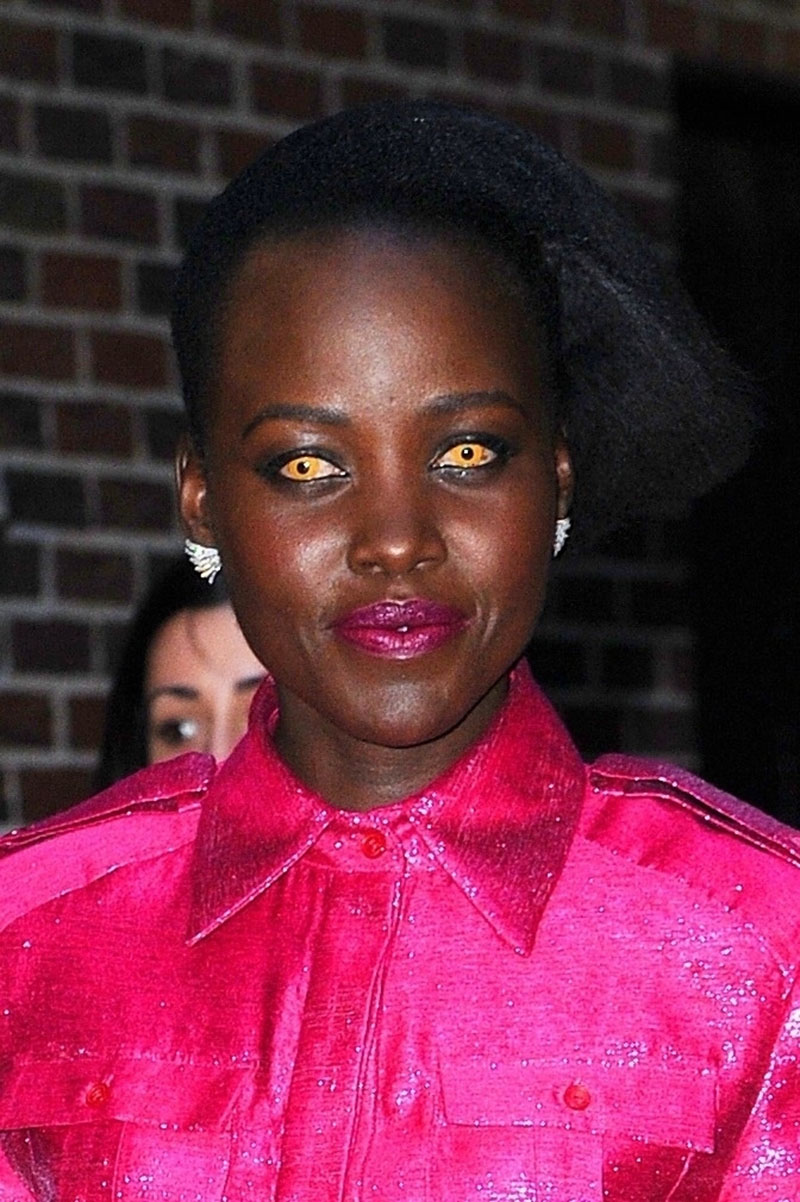 Lupita accessorized her pink jumpsuit with a pair of yellow cat eye contact lenses that gave her a spooky, but sexy look. 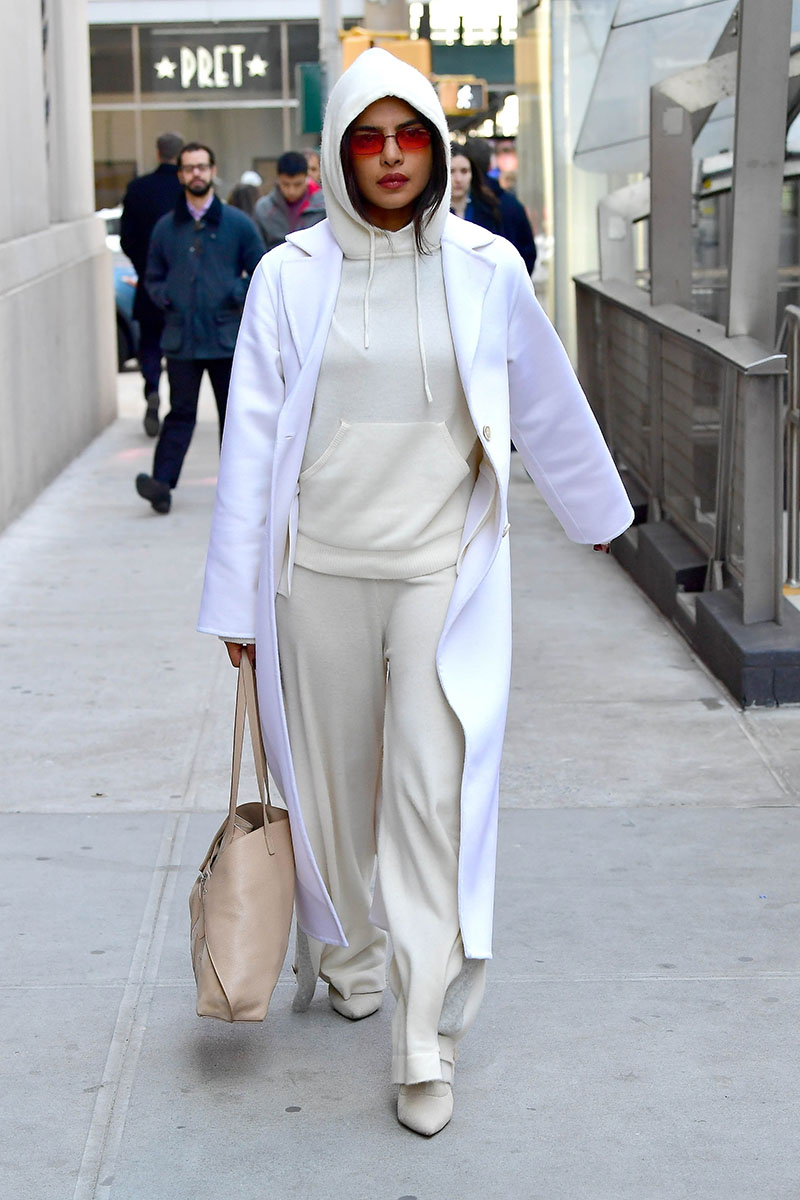 Priyanka Chopra showed off a trendy casual look in a white duster over a beige hoodie and track pants while out and about in the Big Apple. Priyanka left her husband, Nick Jonas, to run errands in the city.

Photos by BACKGRID and Skyler2018/ BACKGRID