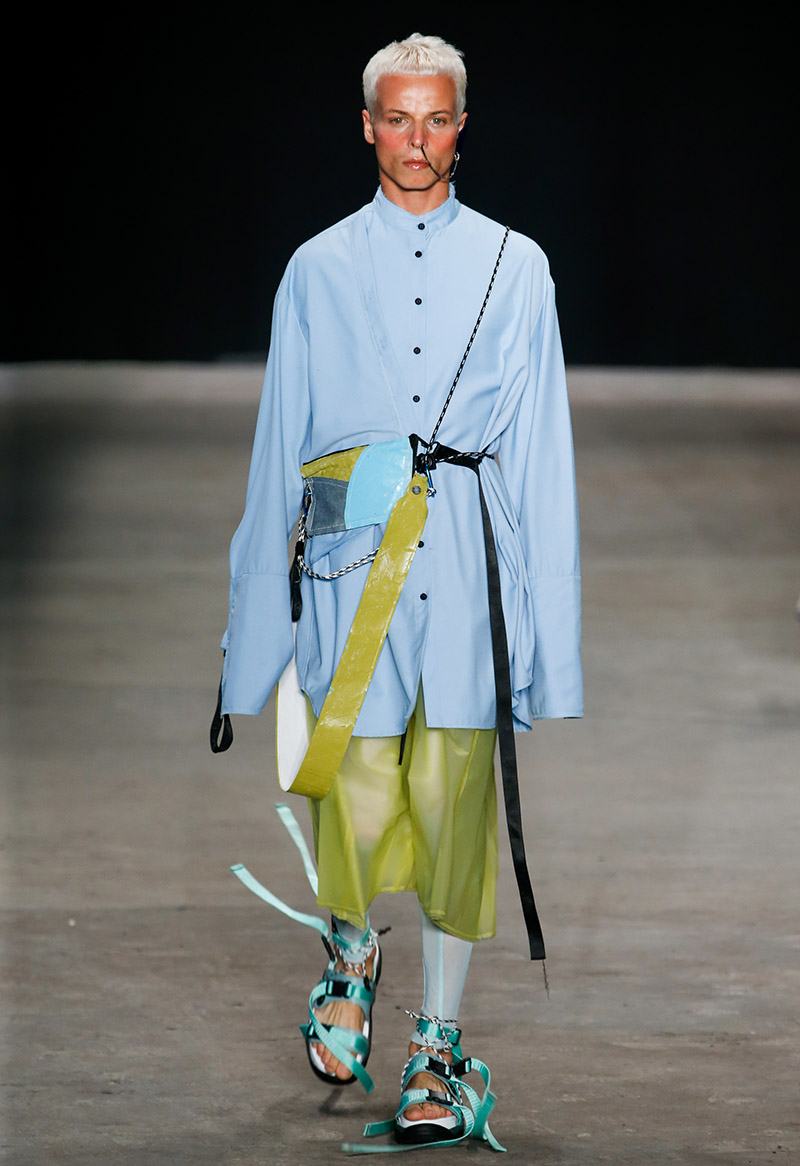 As he turned to walk back down the runway, Soares tripped on one of the nylon straps and fell.

He lay on the runway as the other models continued to walk past him. The audience reportedly believed his fall was part of the show. 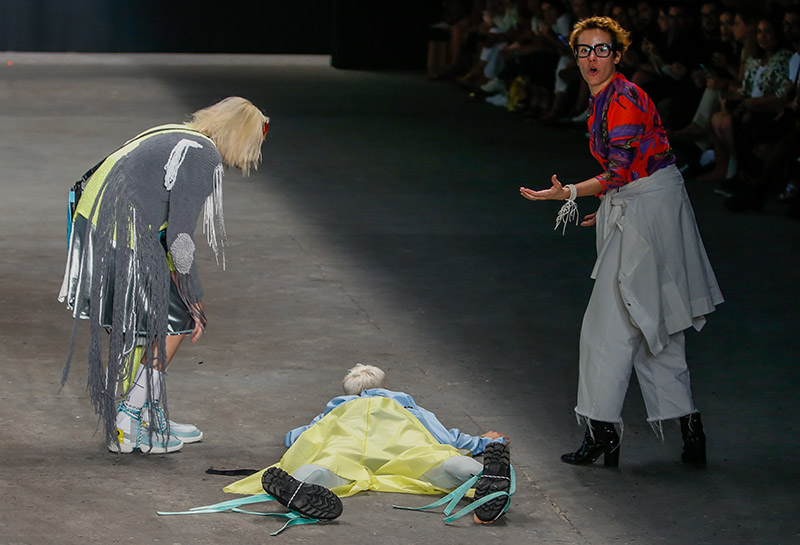 An audience member, right, rushed to his side and called out for help as another runway model, left, briefly paused to check on Soares. Paramedics emerged from the audience to attend to Soares as he lay face down on the runway. 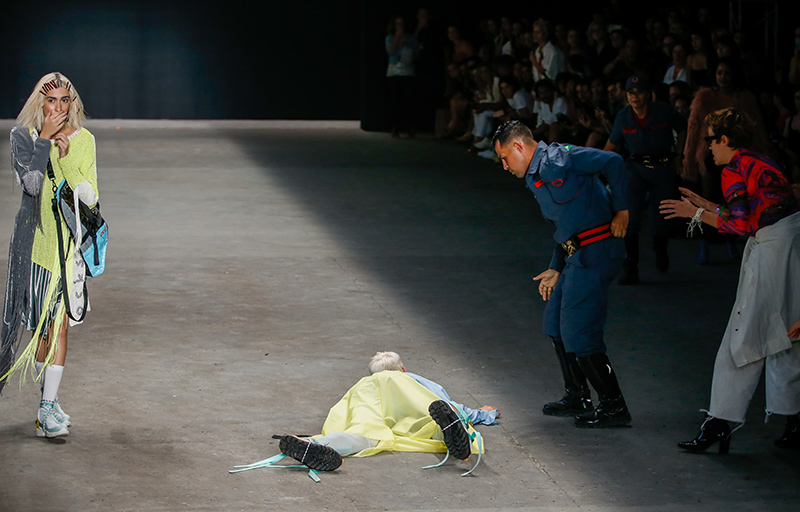 Eventually, the runway show was halted as more medics arrived. Witnesses say the model was foaming at the mouth when he fell.

Sources say Soares subsisted on a strict diet of lettuce leaves and water in the months prior to the fashion show. But his sister said he ate a healthy diet and worked out.

Gabrielle Gomes told Brazilian media her brother had regular health checkups and had no history of epilepsy (seizures) or fainting spells.

She said she spoke with Soares by video chat before the runway show and he told her he had just eaten a carrot.

“We’re very scared and devastated by what happened. He was very healthy, ate healthily and exercised everyday. He did cross fit and yoga.”

According to British tabloid The Sun, doctors suspect Soares had a congenital birth defect that may have contributed to his death.

Organizers released a statement: “SPFW has just received the news of the death of model Tales Soares, who suddenly took ill during the Ocksa show.”

It is believed to be the first time that a model has died while on the runway at a major fashion show.

In 2010, French model Isabella Caro died of respiratory arrest due to anorexia nervosa.

In 2007, 18-year-old Uruguayan model Eliana Ramos, pictured right, was found dead in her bedroom. Her cause of death was cardiac arrest related to anorexia nervosa. Six months earlier, her sister, 22-year-old model Luisel Ramos, pictured left, suffered a heart attack and died in a dressing room after participating in a runway show during Fashion Week in Montevideo, Uruguay.

Luisel’s father said she had gone “several days” without eating. She subsisted for months on green leafy vegetables and sodas.

Luisel had a BMI index of just 14 when she died. A BMI of 16 is considered severe malnutrition.