The teenager spotted his favorite rapper shopping at Target and decided to record video of his fave on his iPhone for the 'Gram. But Offset objected to the privacy violation, and slapped the phone out of the teen's hand, breaking the expensive iPhone.

The teen's mother, Maribel Gibbons, posted video of the alleged assault on Twitter.com on April 27. "This is how @OffsetYRN reacted when my son saw him at target. When he wanted to take a video of the rapper he smashed his phone out of his hand".

This is how @OffsetYRN reacted when my son saw him at target. When he wanted to take a video of the rapper he smashed his phone out of his hand pic.twitter.com/bXZHi9ciei

She also added a longer version of the video, captioning it: "@OffsetYRN in case you wanted to see a slightly longer version of you breaking my high school sons phone. He loved your music and he wasn’t even in your face with a camera."

But not everyone was sympathetic.

You know it could have a taken your son 3 seconds before he started recording to ask if it was ok with Offset right??? He shouldn’t have broken the phone but ppl gotta stop this entitlement bullshit when it comes to seeing celebrities out and about on their personal time.

respect people's privacy and phone will remain in hand. stop acting like these celebrities are not just human, get the fuck out of people’s faces.. ?

Maribel posted a photo of her muscle-bound husband, Ricky Gibbons, along with a subtle threat to the rapper: "I'm pretty sure if my husband @RickyGibbons1 was there this wouldn’t have happened. Real tough @OffsetYRN bullying a teenager.." 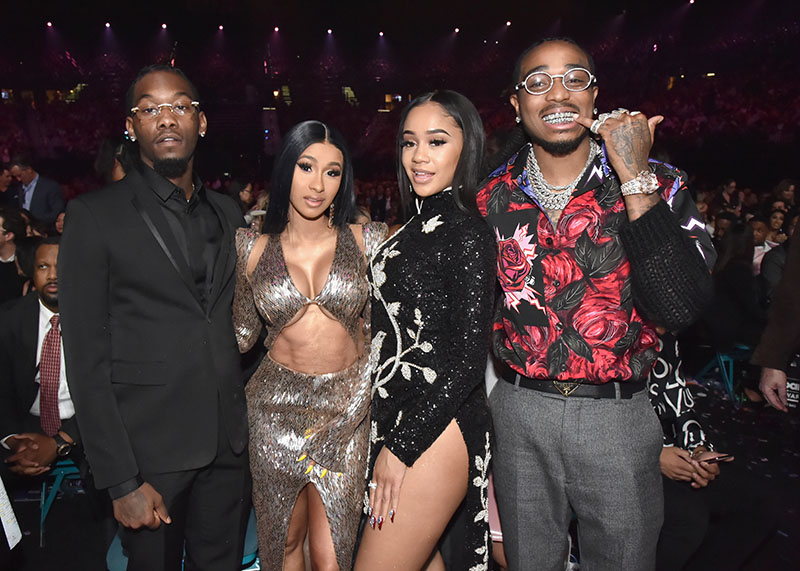 Offset will likely turn himself in to police when he and Cardi B return to Atlanta from Las Vegas where they attended the Billboard Awards on Tuesday with Migos rapper Quavo and his girlfriend Saweetie.