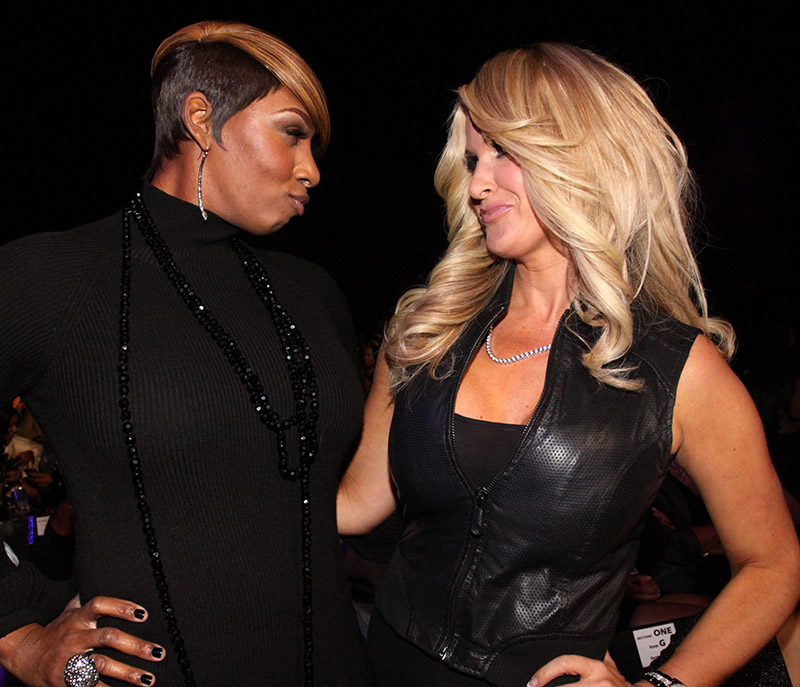 But Kim's cameo appearances did little to spark viewer interest in the scripted series. Kim, 40, is an original cast member who landed her own spin-off series, Don't Be Tardy, in 2015.

Bravo reportedly begged Kim to return to RHOA after the network's top-rated series stalled in the ratings race.

According to MTO News, Kim will reprise her role as NeNe's "friend" on "a majority of episodes." 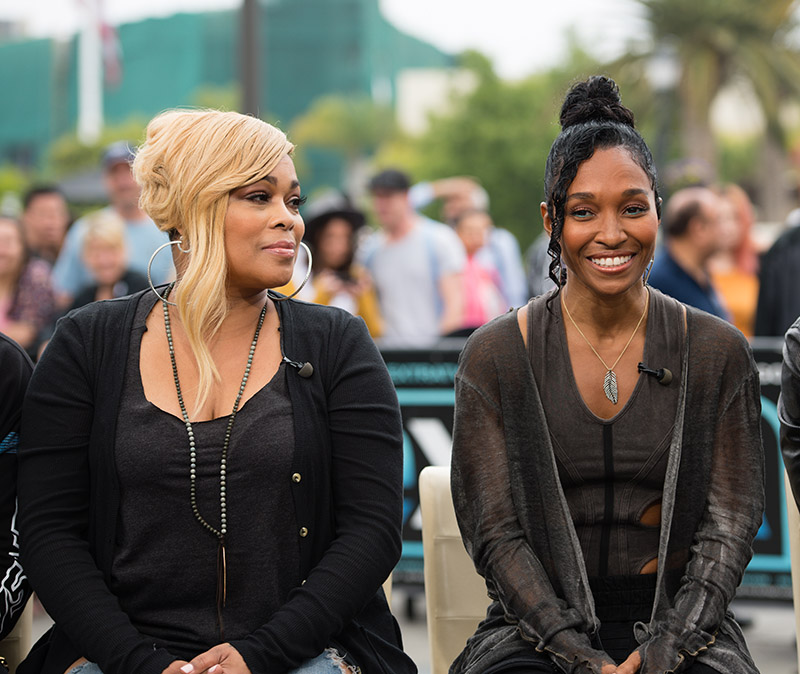 NeNe reportedly begged Kim to return to the series after TLC's T-Boz, left, and Chilli turned down "multiple offers" to appear on RHOA's upcoming season.

A production insider tells MTO News, "NeNe asked to bring Kim back. She's trying to build a coalition, against Porsha, Cynthia, and Kandi - whom she regards as her enemies."

He continued, "NeNe considers Kim a loyal friend - like Marlo - and wants her win her coalition."In addition to signing Kim for one season, the producers brought back Kenya Moore and Phaedra Parks for the new season.

Series regular Kandi Burruss (pictured below) made a little noise about leaving the show if Phaedra returned, but she won't stay gone for long. She knows her relevancy is dependent on RHOA.