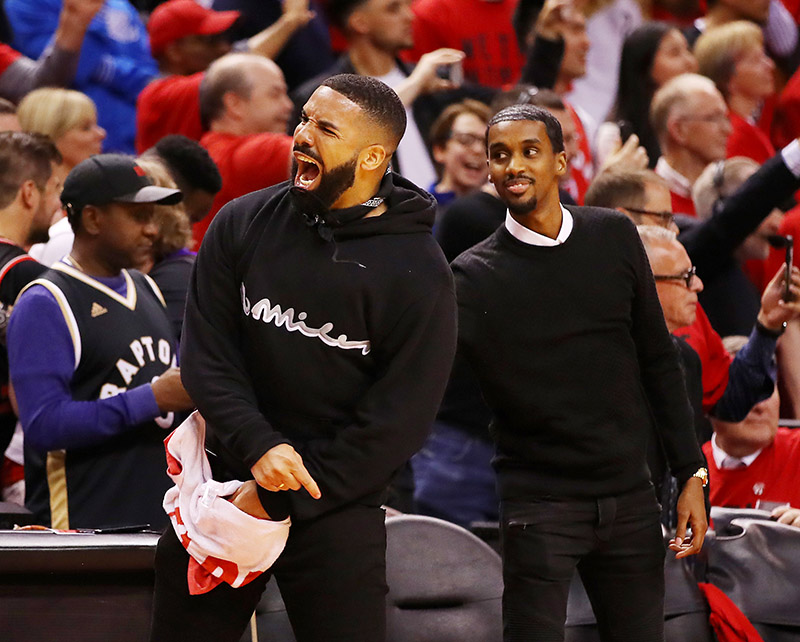 The NBA has reportedly spoken to the Toronto Raptors about rapper Drake's over-the-top cheerleading ahead of Game 1 of the NBA Finals which kicks off tonight in Toronto, Canada.

Drake's enthusiasm for his beloved home team caused controversy and hurt feelings during the Raptors vs Bucks Eastern Conference Finals.

On Wednesday, NBA commissioner Adam Silver confirmed he spoke with the Emo rapper (again) about curbing his enthusiasm. 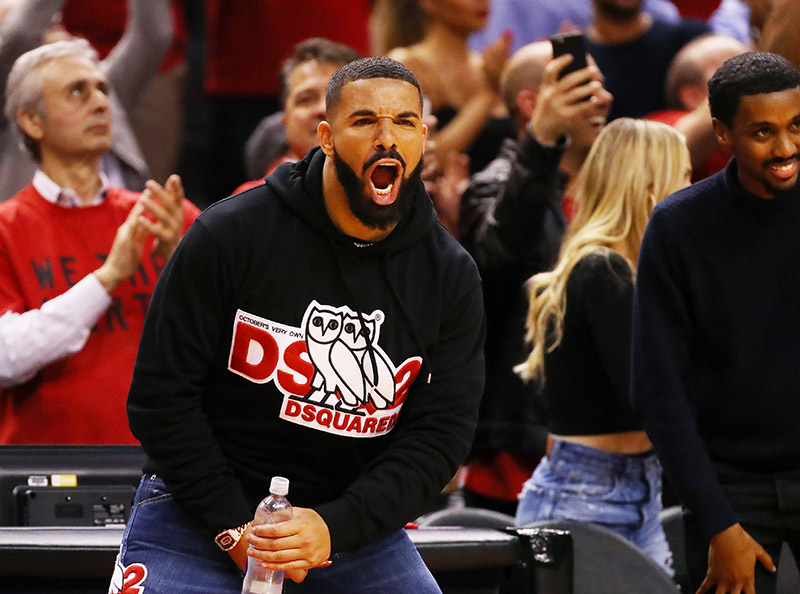 In an interview with Chris Haynes, Silver acknowledged Drake's passion for his team, but he also sees a disturbing pattern in Drake's escalating attention-seeking behavior as the Raptors' global ambassador.

"Obviously there are some lines that even ambassadors shouldn't cross," Silver said, referring to the rapper leaving his courtside seat to give Raptors' head coach Nick Nurse an unwanted massage during Game 4 of the Bucks series.

"And I think one - in the heat of the moment - I think to give the coach a massage. I think Drake understands that as excited as he is and as appreciative as we are of his support, that there's gotta be lines drawn. Obviously you don't want to end up touching a coach because the coach may not realize what's going on in the middle of the action," Silver said. 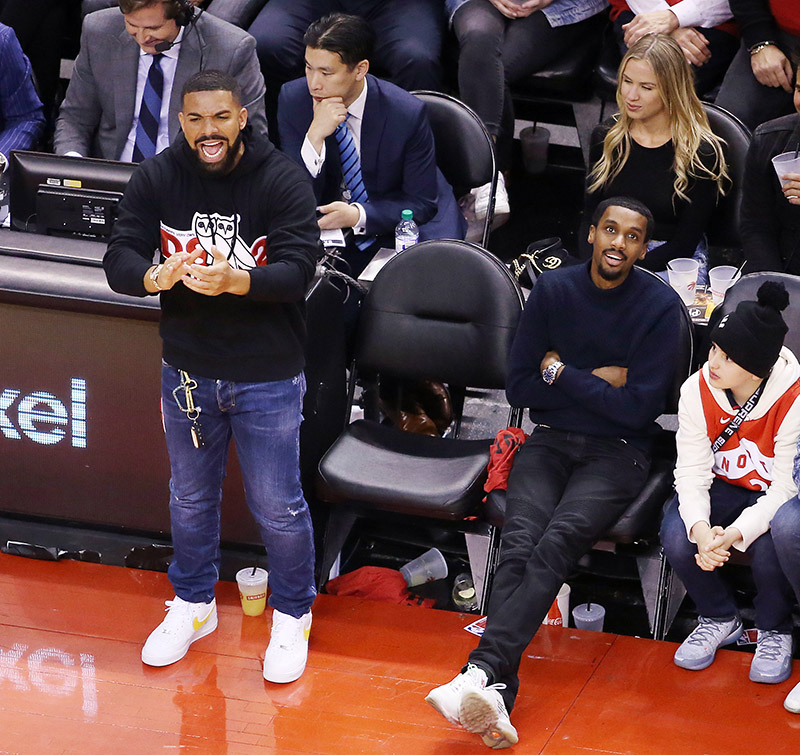 Silver said he personally spoke with Drake and his manager, Future the Prince, who sits at courtside with him.

"I think he has a better understanding now of where that line is," Silver said. "His manager Future, who sits with him too. We’ve all talked, all of us together. There's been conversations that have taken place. It's more just 'Alright, let's find where that right line is.'"

Drake also made headlines during last year's postseason when he got into a verbal altercation with then-Cavaliers bench player Kendrick Perkins. The confrontation continued into the postgame with both men yelling obscenities at each other.

The NBA spoke with Drake after the game, and reminded him that, technically, he does business with the league as the team's global ambassador. 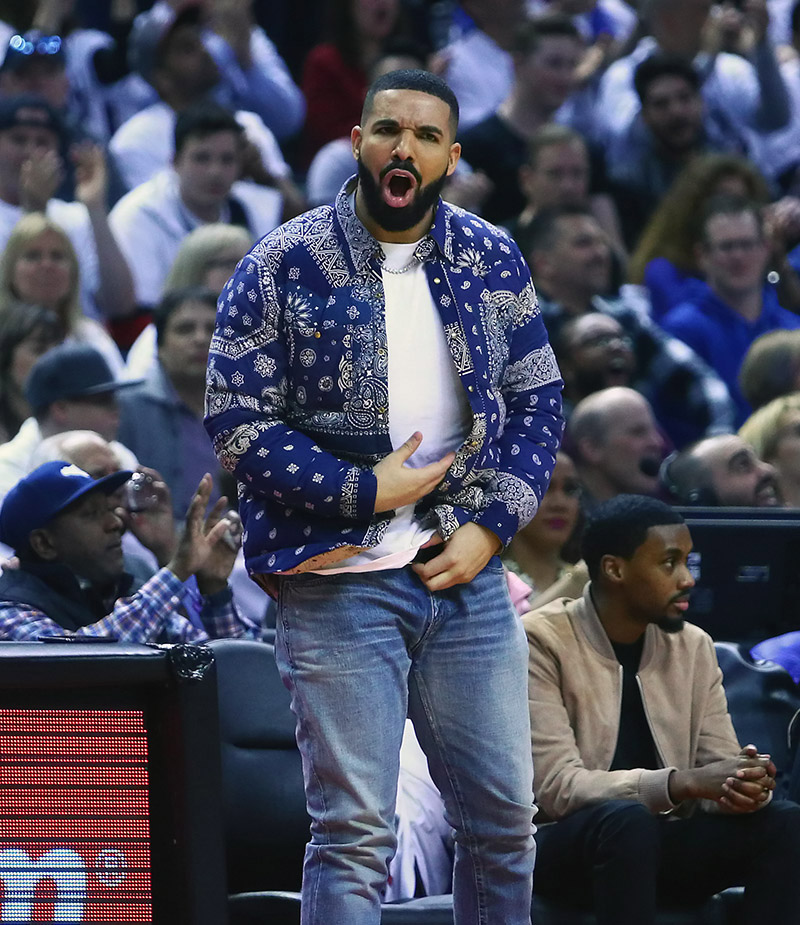 Drake, 32, was raised mainly by his single mother, Sandra, in Toronto, while his musician father, Dennis Graham, performed on the road with country music star Jerry Lee Lewis. When Graham wasn't performing, he lived with a bevy of beautiful women at his home in Memphis, Tennessee. He reportedly sent for his son during summer breaks.

The lack of a strong father figure in Drake's childhood took its toll on the youngster who turned to acting on television and then becoming a rap music superstar to get the attention he desperately craves from men.