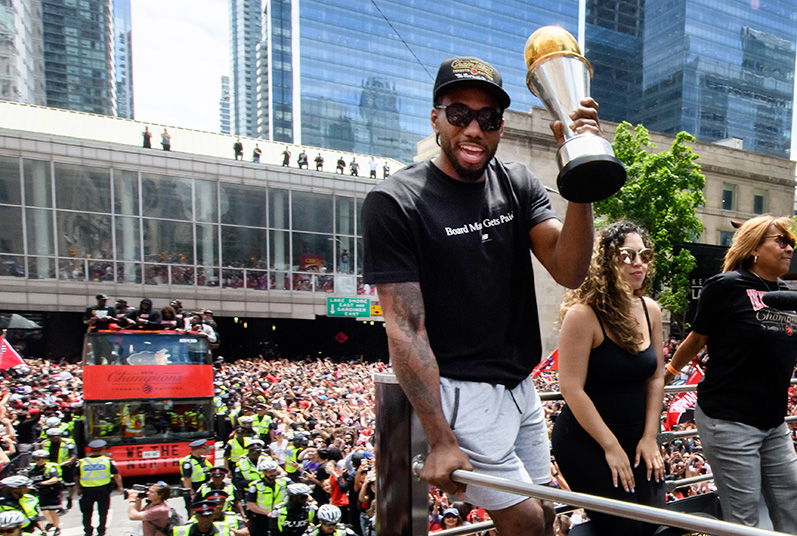 Shots rang out as thousands of fans gathered in Toronto's Nathan Phillips Square to celebrate the Raptors' first NBA championship in franchise history.

Toronto police alerted the public of the shooting as police/EMS responded to reports of 1 woman shot. Panicked fans fled the area and multiple people were injured during the stampede.

Shooting at the Raptors Championship Parade Downtown... we can’t just have one nice day eh? pic.twitter.com/ndYVx3BKYy

Police also report 1 person was stabbed at Eaton Centre Plaza after a fight broke out between a group of men at the entrance to a store. None of the injuries are life threatening.

The shooting incident was announced onstage during the celebration, as players gave their speeches. The celebration continued as police secured the area.

Thousands of fans traveled to the area to celebrate the team's NBA championship. The Raptors defeated defending champs Golden State Warriors in 6 games to win their 1st title.

From our position at Nathan Phillips - paramedics loading a woman in her 30s on to a stretcher. Cause or extent of her injury unknown. pic.twitter.com/fmMNfAinor