Carmelo Anthony was seen soaking up the sun while vacationing with a mystery woman on a yacht in the south of France. 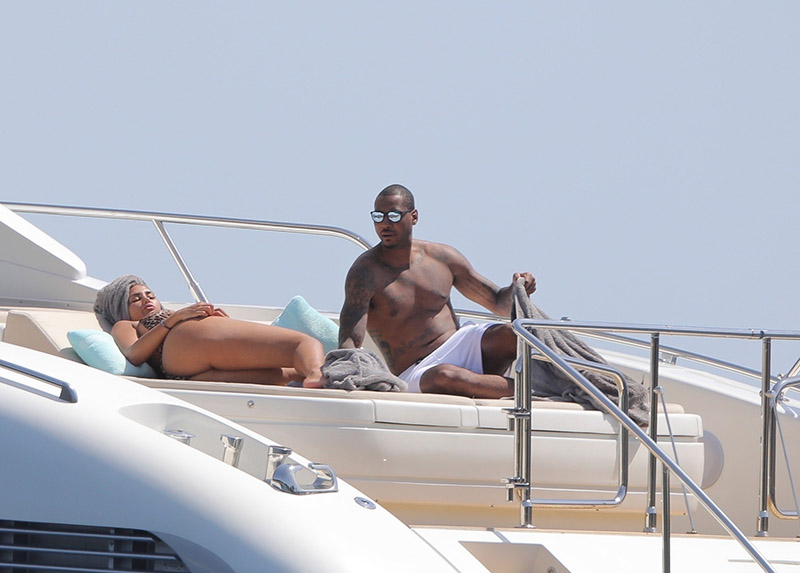 While the 35-year-old NBA free agent enjoyed the fun and sun with his mystery girl in St. Tropez, his wife La La Anthony was busy celebrating her 40th birthday with friends in New York City on Tuesday.

According to my source, Carmelo and La La are only together publicly for the sake of their son Kiyan, 12.

Carmelo and La La's marriage lasted longer than most Hollywood marriages. But now it's over and they have moved on with new partners.

This all makes sense now. About 6 months ago, a high society friend on the West Coast called me to say she saw La La pushing a baby carriage. She asked me if I knew La La had a baby. This was news to me.

I have so many questions! How did La La hide a whole pregnancy? Did she hire a surrogate to deliver the child? And who is the sperm donor?