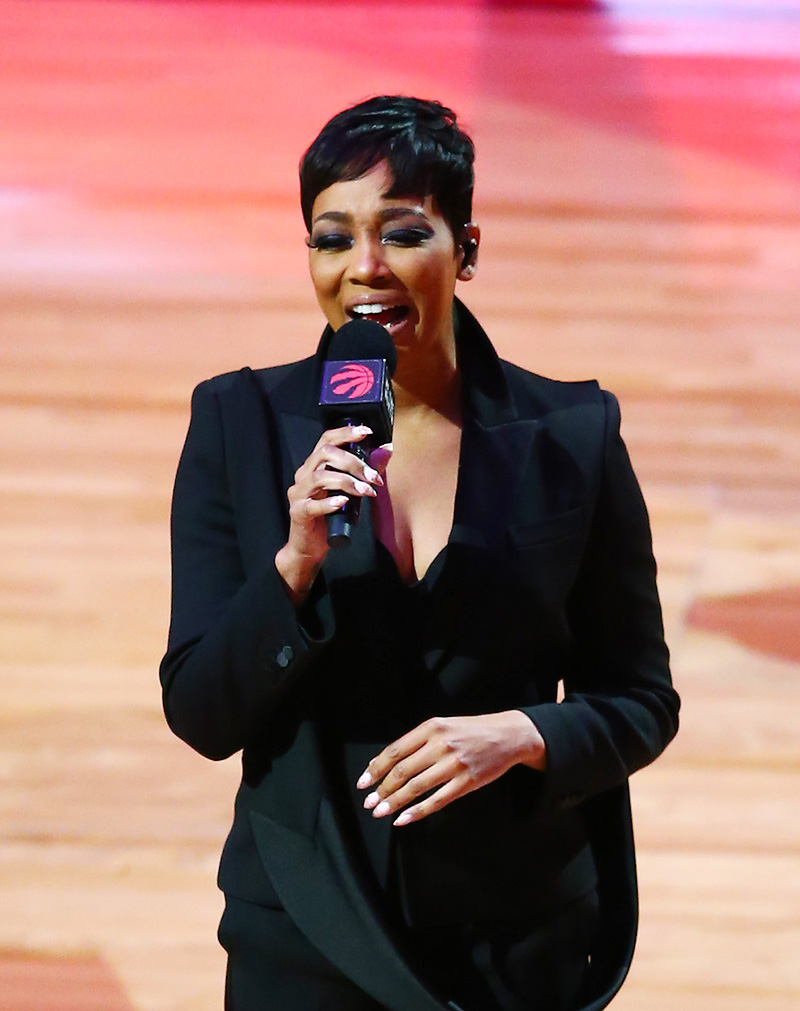 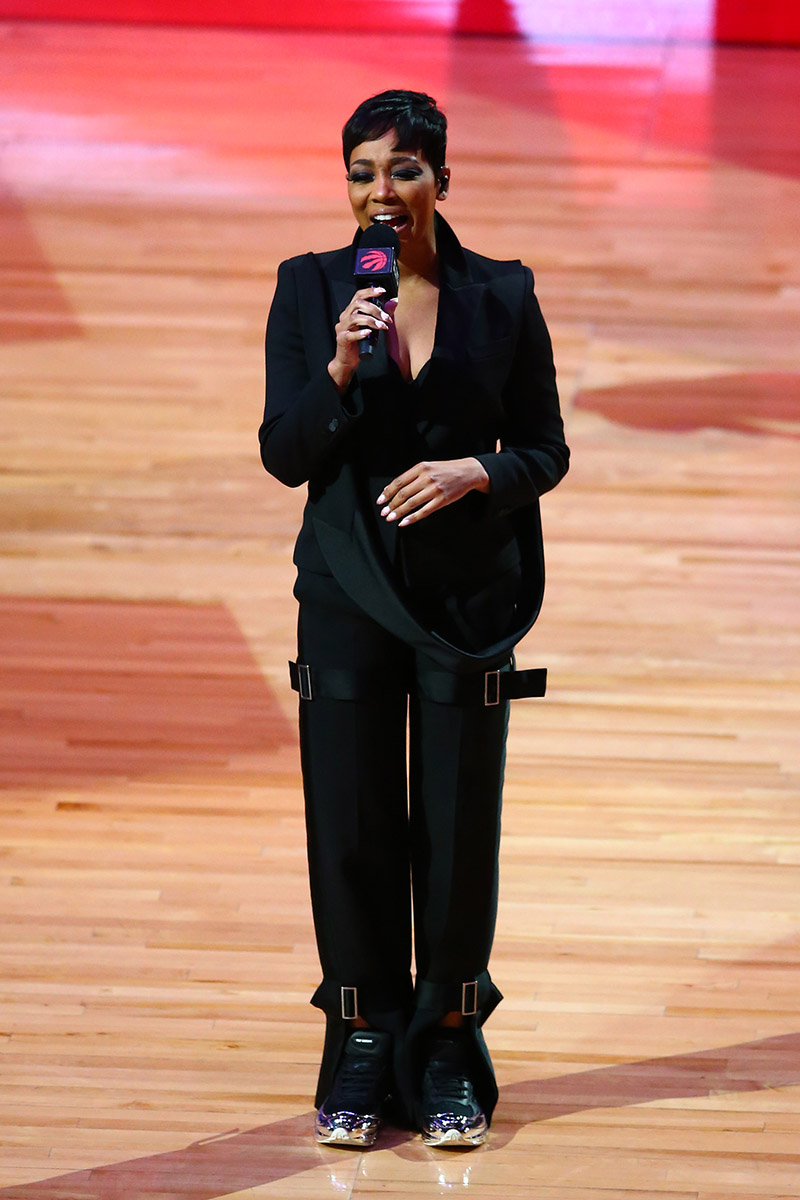 Monica apparently dropped the "Brown" from her stage name after filing for divorce from estranged husband, Shannon, earlier this year. The 39-year-old mother-of-3 cited "irreconcilable differences" for the divorce action.

Monica and Shannon, 33, share a daughter together, Laiyah Shannon Brown. 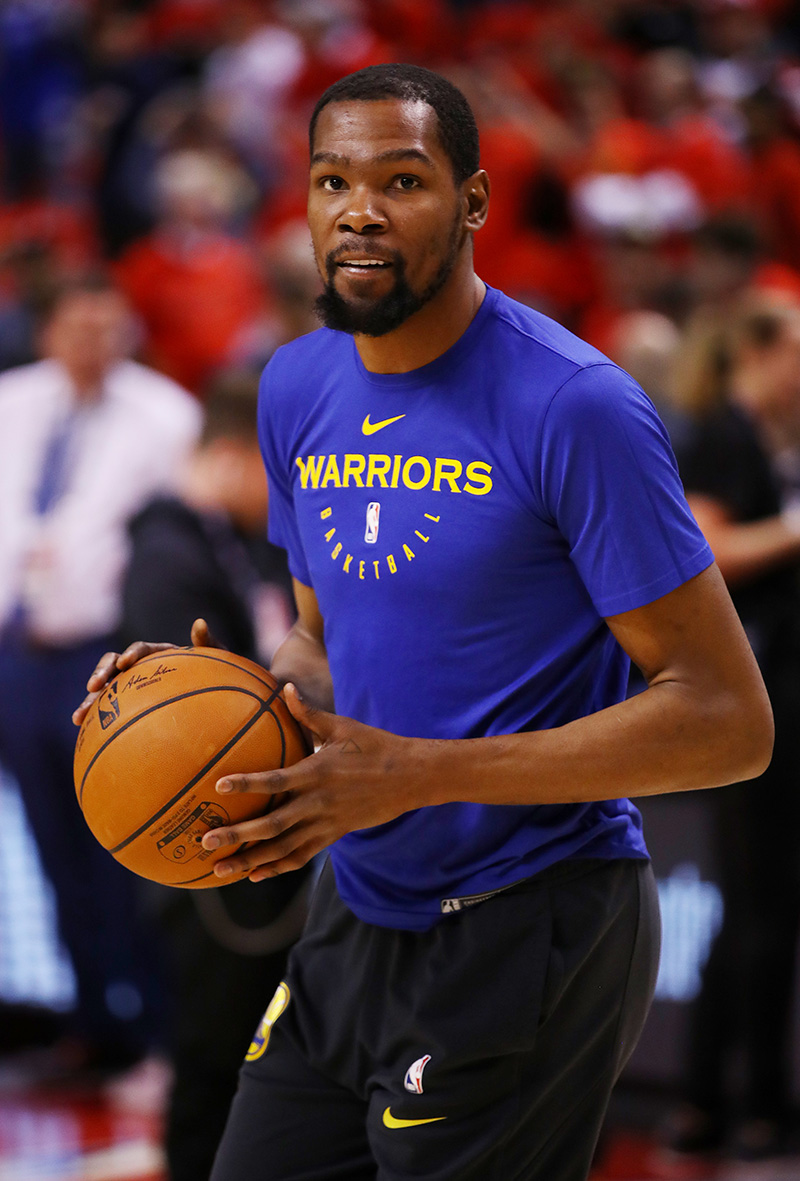 Monday night's game marked the return of Warriors superstar Kevin Durant, who was out for 5 weeks with a calf injury. 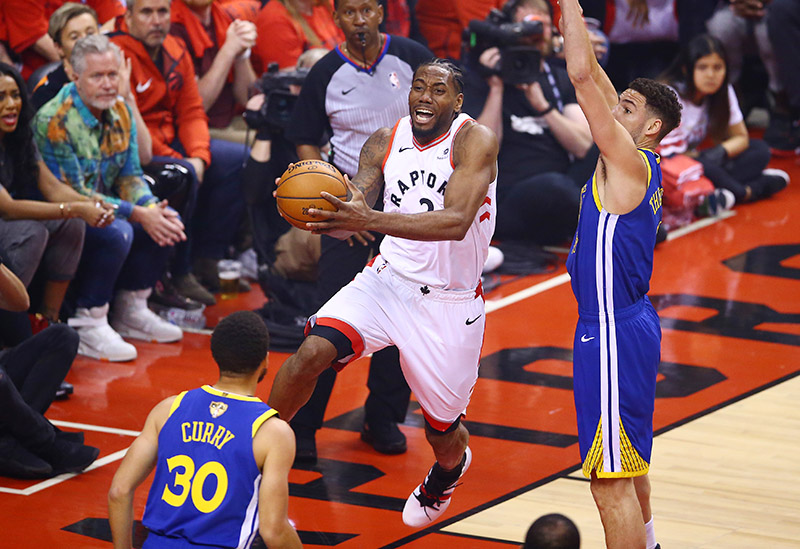 The Warriors face elimination tonight as Kawhi Leonard and the Raptors hold the series lead 3-1.