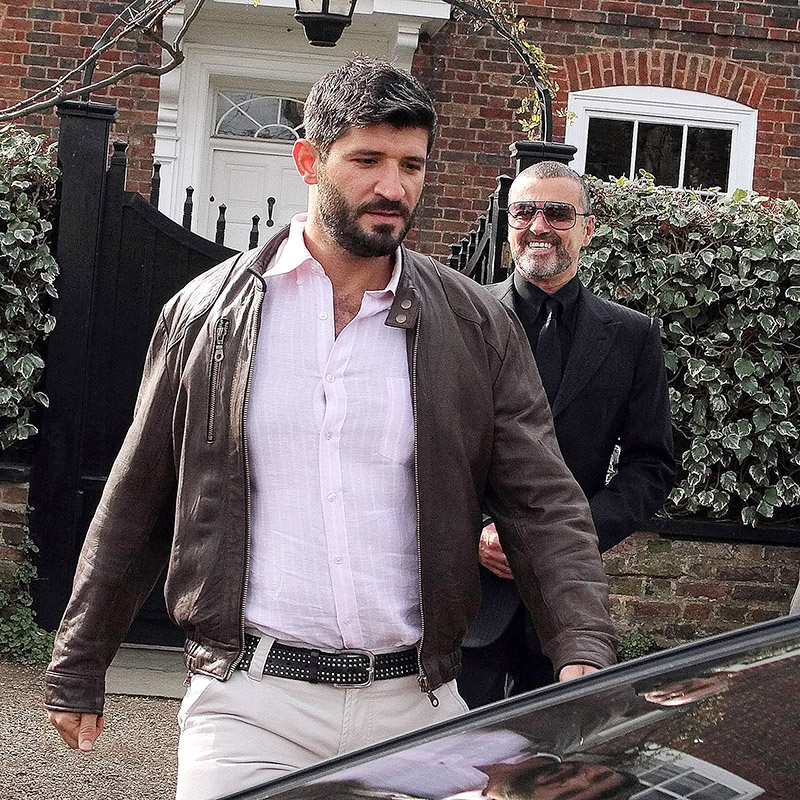 Fadi, who has lived in the home since George's death, barricaded himself inside the mansion and refused to leave after George's family sent the cops to evict him.

Fadi was reportedly upset to learn that George left him out of his will.

George's family pressed local authorities to kick Fadi out after The Sun newspaper reported he was breaking windows in the home.

Bizarrely, Fadi told a reporter he was renovating the home. 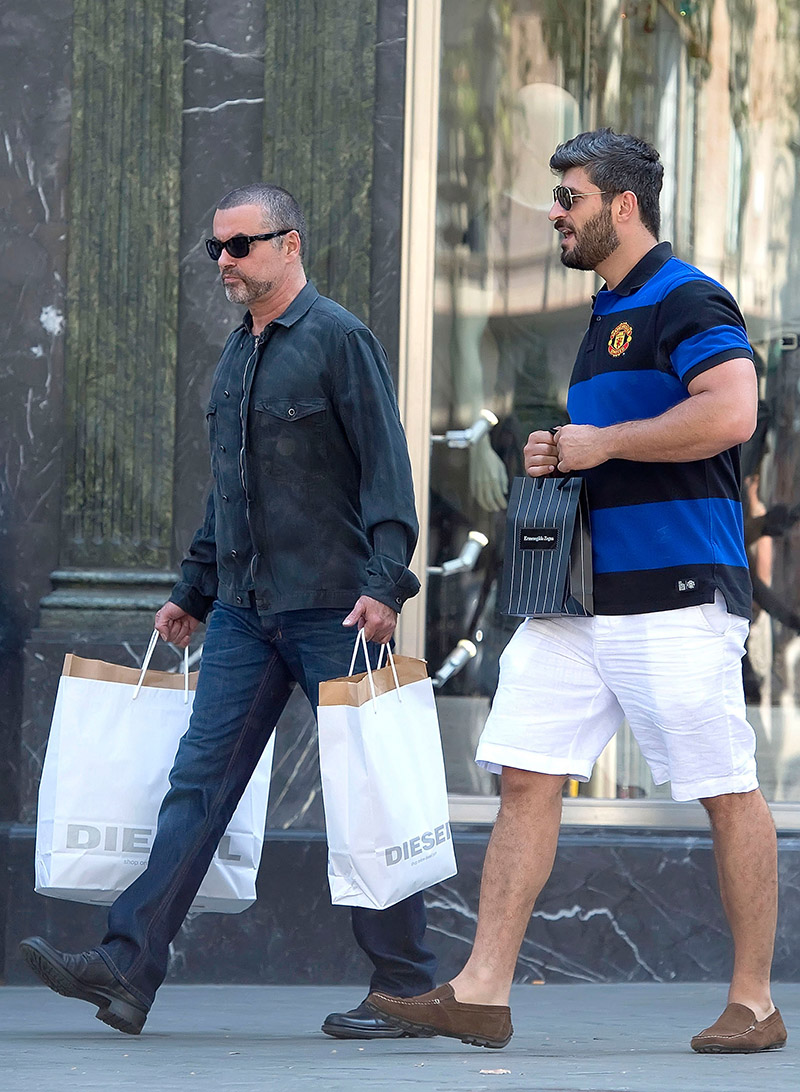 The 46-year-old hairstylist and photographer reportedly vowed he would leave the house "in a box."

The saga came to a peaceful end on Tuesday night after neighbors called police to say a topless man was standing on the roof of George's home. Neighbors also reported hearing smashing noises and seeing water gushing out the front door.

Police arrived and arrested the shirtless Fadi on suspicion of aggravated criminal damage. Firefighters turned off the water that flooded the mansion.

Neighbors were shocked at the extent of the damage inside the once majestic home.

"I've never seen anything like it," one neighbor told The Sun. "Every fixture and fitting, every door and window, everything George left in there - it's all completely destroyed."

The neighbor said Fadi destroyed the porcelain toilets and sinks. "There's major damage to the walls and even the ceilings. This can't have happened in just one night, he must have been systematically smashing the place up for a long time," the neighbor added.

"It's such a shame because George loved that place and it used to be so beautiful."

George and Fadi had dated for 4 years. Another ex-boyfriend was also left out of George's will.