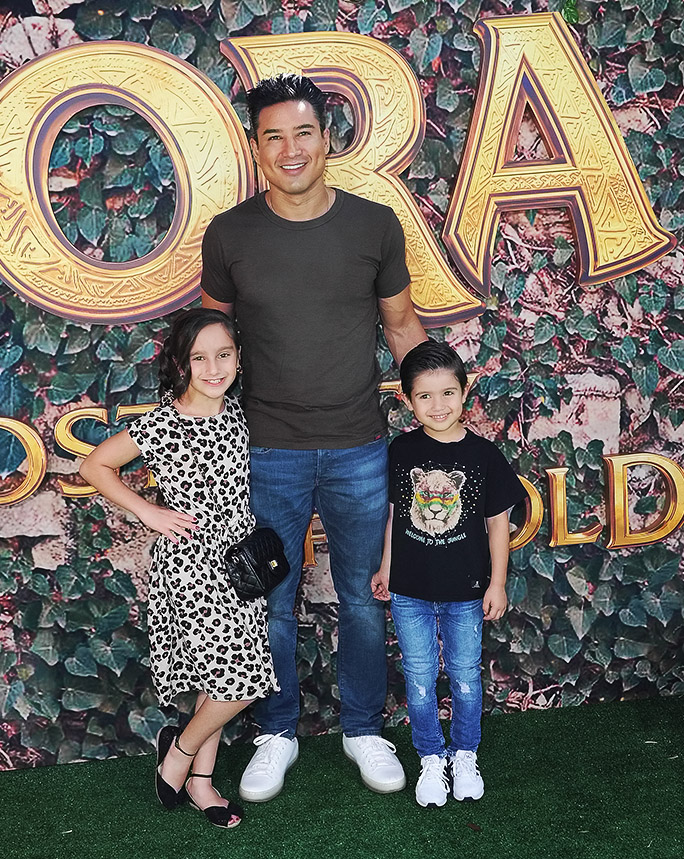 It took less than 24 hours for TV host Mario Lopez to walk back his comments about parents allowing children as young as 3 to transition to the opposite gender.

Lopez, 45, came under fire for calling 3-year-old transgenders a "weird trend". He is pictured at a recent event with his two children, daughter Gia, 8, and son Dominic, 5.

The Saved by the Bell alum made the statements during an interview with conservative commentator Candace Owens on her PragerU web series last month. The video resurfaced on Tuesday.

The actor chimed in when Owens expressed her opinions on actress Charlize Theron's decision to allow her seven-year-old child Jackson, who was born a boy, to identify as a girl.

"My God if you're three-years-old and you're saying you're feeling a certain way you think you're a boy or a girl whatever the case may be... I just think it's dangerous as a parent to make that determination then, OK well then you're gonna be a boy or a girl," he said.

"It's sort of alarming and my gosh, I just think about the repercussions later on," the father-of-three continued. "I think parents need to allow their kids to be kids, but at the same time, you got to be the adult in the situation."

Lopez's comments sparked a frenzy on social media as thousands of people urged Extra TV to fire him.

On Wednesday, Lopez issued an apology in a statement to Us magazine, saying his comments were "ignorant" and "insensitive."

"The comments I made were ignorant and insensitive, and I now have a deeper understanding of how hurtful they were. I have been and always will be an ardent supporter of the LGBTQ community, and I am going to use this opportunity to better educate myself. Moving forward I will be more informed and thoughtful."

All Mario Lopez said was 3 years old is too young to be making life changing decisions. But we live in an age where if a public figure offers an unpopular opinion on LGBTQ issues, they’re "cancelled." ????? pic.twitter.com/q1vZitbCy9