Rapper Tee Grizzley is reportedly safe after a gunman shot up his car on Detroit's east side on Tuesday, Aug. 20. The rapper's aunt/manager, Jobina "JB" Brown, 41, was killed in the drive-by shooting around 9 p.m. Tuesday. 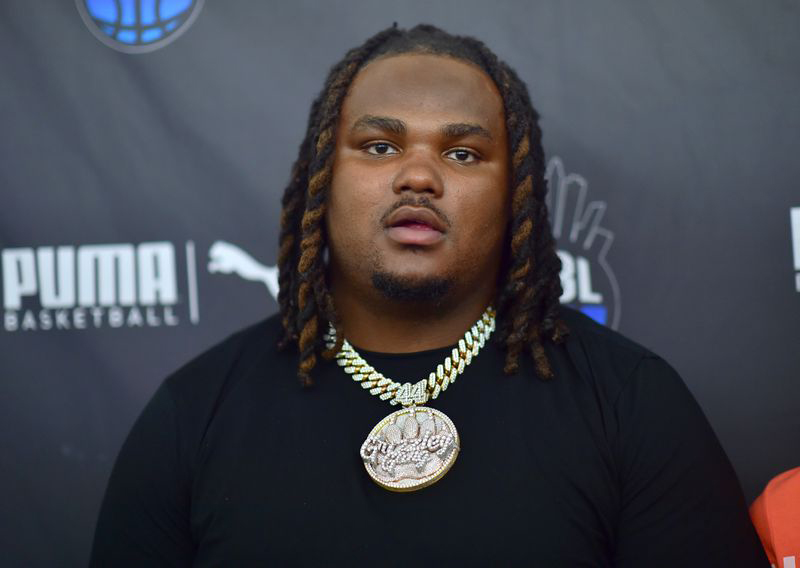 Police say Grizzley, 25, his aunt and a driver, 34, were in the area at 3 Mile Drive visiting friends when the shooting occurred. Grizzley exited the black Chrysler 300 a few minutes before someone opened fire on the vehicle. Brown was struck multiple times on the left side and killed.

The driver, who was uninjured, fled the scene. Police say it is unclear if Grizzley, Brown or the driver were the intended targets.

Grizzley, real name Terry Sanchez Wallace Jr., is best known for his song "First Day Out." He is a former Michigan State University student who signed a record deal with Atlantic Records in 2017.

Grizzley and his aunt were very close. She helped his grandparents raise him when his mother was locked up for 15 years and his father, Terry Wallace Sr, was murdered a year later.

He wrote this message to his favorite auntie on Facebook.com in 2017:

"My manager My Aunty My Big Homie if you die I can't tell the story cause I'm dying wit u".

Fellow rappers, including Lil Yachty and T.I., sent their condolences to Grizzley's aunt on social media.

"They place the heaviest loads on the strongest backs... Our prayers & condolences lil bro... Stay strong... I’m here if you need me King ..
#RIPJB".

Yachty also sent a message of support: "Praying for my bro. One of my real friends. In my thoughts till I hear from you. Love you broski."

We fought and made up like family. Forever in my heart ??