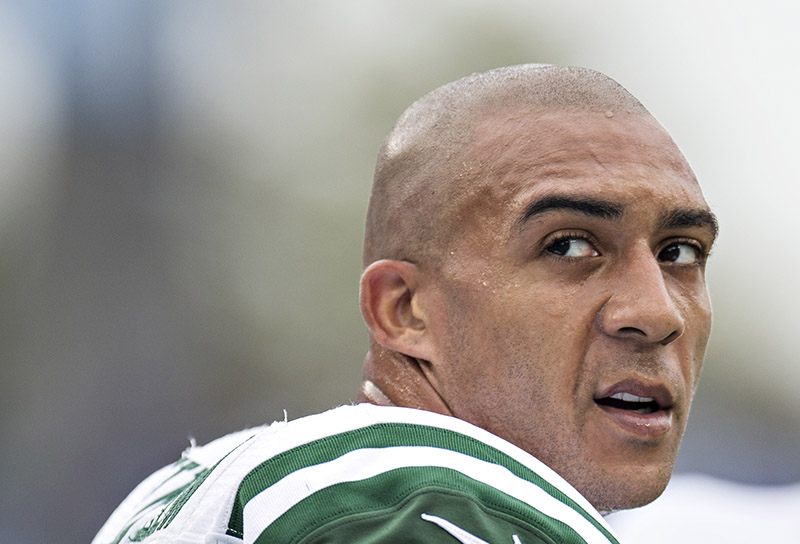 Kellen Winslow II pleaded guilty to 2 felony counts of rape and waived his right to a retrial before opening statements were set to begin on Monday, Nov. 4.

The former NY Jets tight end was set to be retried on Monday after a jury was hopelessly deadlocked on multiple counts of felony rape in the first trial in June.

Winslow pleaded guilty to the rape of a 17-year-old girl when he was 19. Winslow hesitated to plead guilty several times in court. "I'm not pressuring you," said the judge. "You don't have to plead guilty and we can proceed with your trial."

Winslow ultimately pleaded guilty to count 6 and count 9 in exchange for a sentence of 12-18 years in prison.

"Your honor, I pray to God that you give me 12 [years] and I can go home to my family as soon as possible, your honor," said Winslow.

"You could get 18 years... do you understand that?" the judge responded.

Winslow will be held without bail pending sentencing in February 2020. The jury, who waited all day for the trial to begin, was called into the courtroom to be told the defendant pleaded guilty.

The courtroom decorum was disrupted during a recess when Winslow's dad, NFL Hall of Fame tight end Kellen Winslow Sr., 61, yelled at the prosecutor for looking at him.

"Do not look over here!" Winslow Sr. shouted in the court room. Winslow Sr. was chastised for yelling and he was not present in court when his son pleaded guilty.