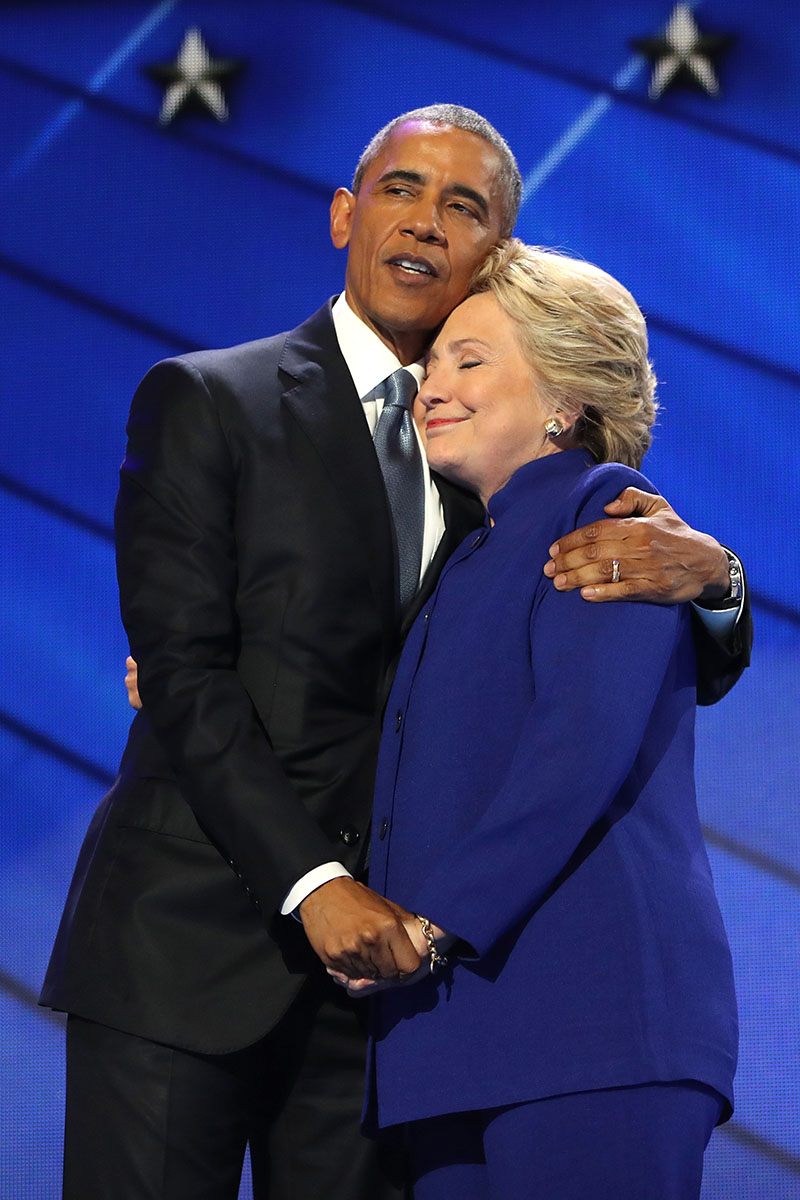 Former U.S. President Barack Obama dropped another hint that he may back a woman - most likely Hillary Clinton - for the Democratic nomination.

In June 2016, Obama endorsed Clinton for president, saying, "I don't think there's ever been someone so qualified to hold this office."

Obama believed strongly that Clinton would beat Donald Trump in 2016. He reportedly said there was "no way Americans would turn on him" and "his legacy was in safe hands."

But after Trump won the election, Obama took Clinton's loss as a "personal insult."

On Monday, Obama again tried to warm voters up to the idea that a woman can lead the country.

During an appearance this week at the Singapore Expo, Obama said women were "indisputably better" as world leaders than men.

Addressing women directly, Obama said, "Now women, I just want you to know; you are not perfect, but what I can say pretty indisputably is that you're better than us [men]."

He said the world's problems are caused by "old men" "not getting out of the way.”

Many took his remark as a jab at his former vice president Joe Biden, who Obama previously said "doesn't have it".

Obama went on to say he believes "every nation" should be led by women.

"I'm absolutely confident," he said, "That for two years if every nation on earth was run by women, you would see a significant improvement across the board on just about everything... living standards and outcomes."

It's no secret that Obama wants access to the White House. His office is located in Washington D.C. - just a stone's throw from his former address.

Meanwhile, Clinton is also dropping hints that she is ready to enter the race.

On Dec. 12, she tweeted a link to a website with information in support of impeaching President Trump. She urged her followers to spread the information to friends and family.

And a new poll shows Clinton comfortably ahead of all Democratic candidates.