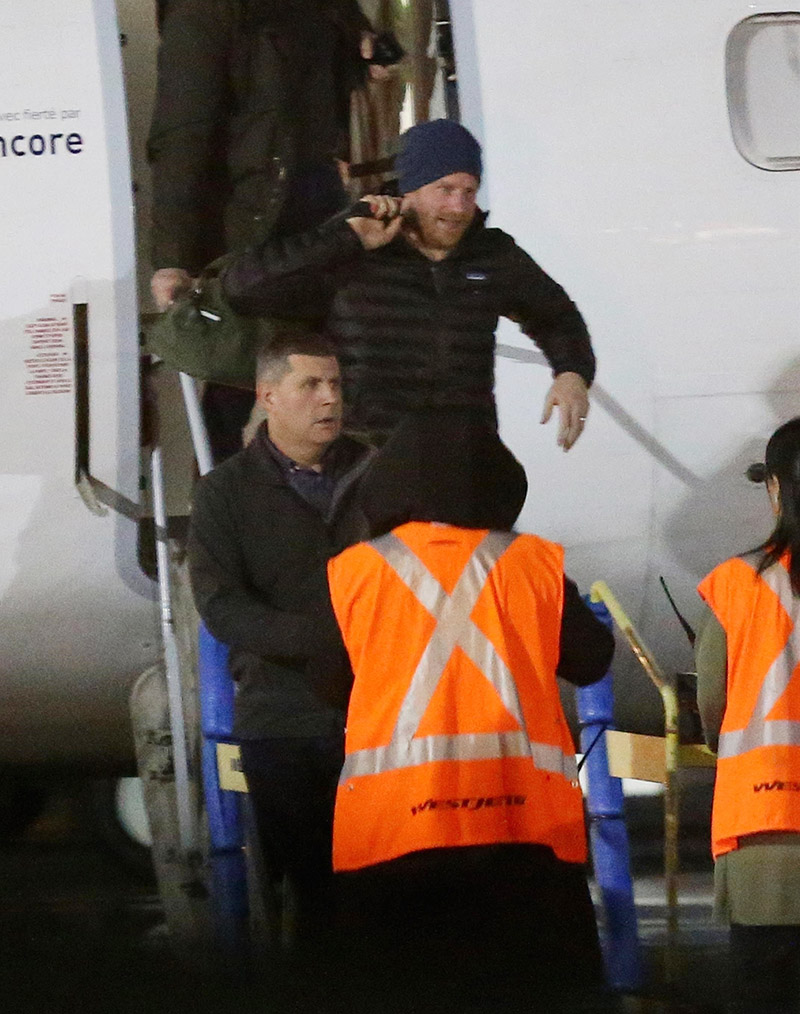 A grinning Prince Harry arrived in Canada, leaving his royal life behind after completing his royal duties in London, England.

According to published reports, Harry purchased a ticket on a British Airways Boeing 747 for the 10-hour flight from London, arriving in Victoria, British Columbia late Monday night. 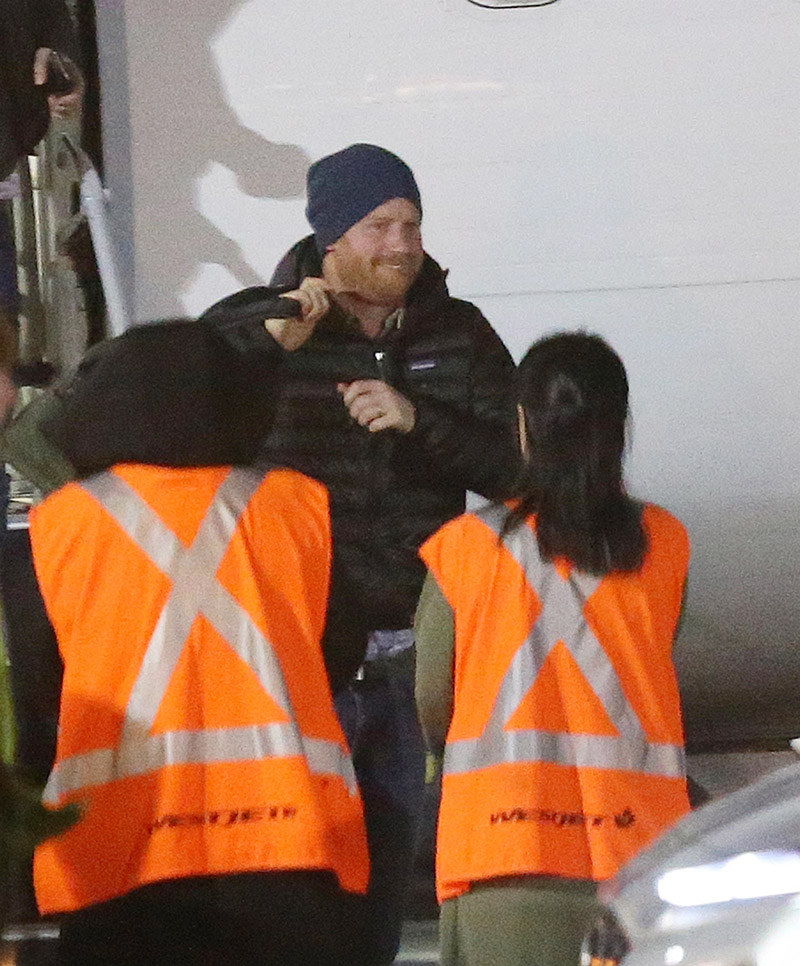 The 35-year-old prince then took a West Jet turboprop plane for the short 15-minute hop to Vancouver Island. He was accompanied by three royal protection officers on his flight.

Harry's wife, formerly Her Royal Highness Meghan Markle, was not at the airport to meet Harry. She was spotted at the same airport days earlier to meet a friend flying in from mainland Vancouver.

A 3-car convoy ferried Harry and his entourage for the 10-minute drive to a gated mega-mansion where Meghan is staying with their 8-month-old son Archie Harrison.

The $14 million waterfront mansion is owned by a Russian oligarch with links to the Ukrainian government.

Friends say Harry cautioned Meghan not to get too happy in the luxury mansion as they are downsizing to more reasonable accommodations.

Sources say the 38-year-old mum of one hired a team of agents and publicists to book future TV and film roles for her. Gossip mongers say Meghan thought being in service to the Queen was beneath her.

How Meghan Markle and Harry are out of Royal Family after Queen refused 'halfway house'https://t.co/68pF20wbAj pic.twitter.com/W9N3jacRV6

Meghan was seen taking a leisurely stroll with her two rescue dogs in the woods near the Vancouver mansion as two royal protection officers walked a few steps behind her.

Meghan Markle would rather get a celeb pic than make sure her baby and the baby harness are secure!!

My God, the most un-maternalistic women ever! Poor Archie is hanging precariously as she smiles to paparazzi.

She struggled to carry baby son Archie in a baby carrier while controlling her dogs on leashes. Concerned moms on social media criticized Meghan for carrying her son so precariously with one strap of the carrier slipping off her shoulder.

Harry is expected to return to London for more official engagements, but Meghan will not be by her husband's side.