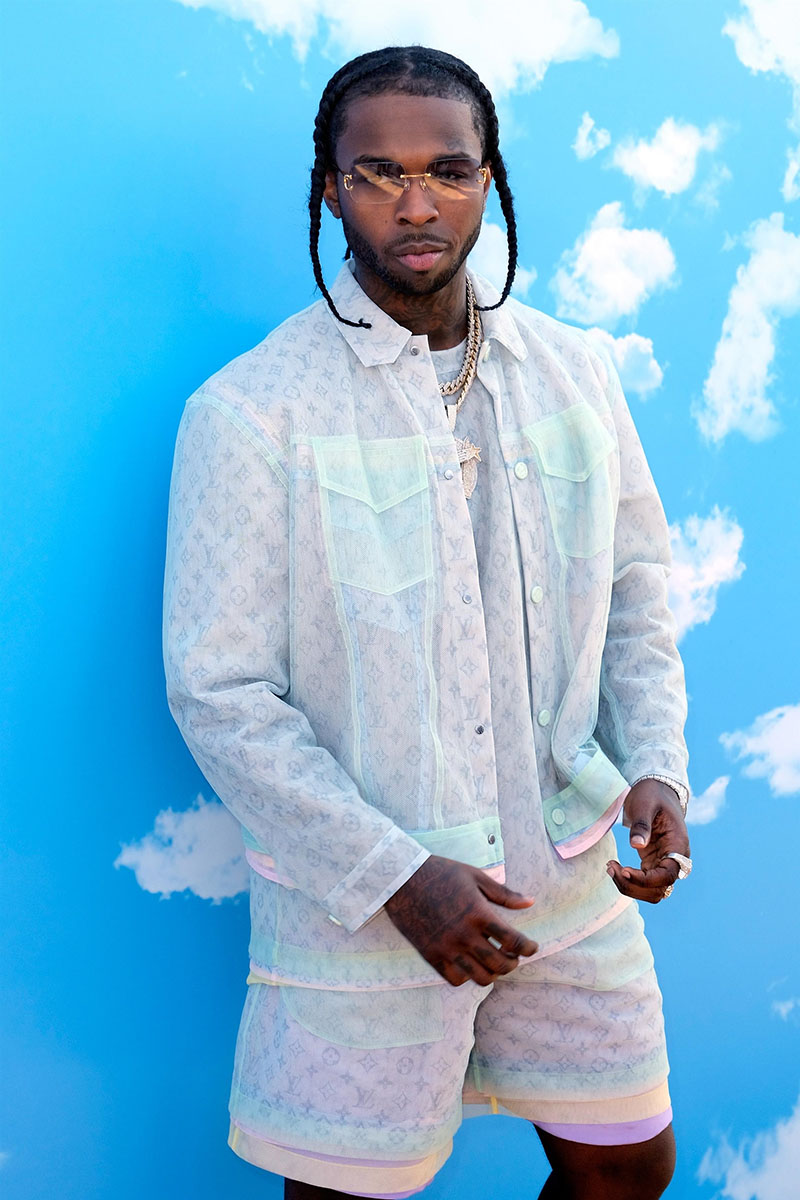 Rapper Pop Smoke was arrested for allegedly stealing and transporting a $375,000 Rolls-Royce from California to New York.

The 20-year-old, whose real name is Bashar Jackson, was arrested on Friday, Jan. 17, at JFK airport after arriving on a flight from Paris, France where he attended Paris Fashion Week.

The 2019 Rolls-Royce was found parked outside his parents' home in the Canarsie area of Brooklyn. The license plate had been changed and the windows had been tinted, authorities say.

The rapper told police he "borrowed" the car for a music video, according to an indictment.

The Brooklyn native is accused of arranging to transport the Rolls-Royce cross country on the back of a flatbed truck.

A photo posted on Instagram shows him posing in front of the stolen luxury vehicle at a gas station. The image has since been deleted from Instagram, but it can be viewed on Facebook.com.

Jackson is charged with interstate transportation of a stolen vehicle, a felony. The car has since been returned to its rightful owner.

Thanks to NY state's no cash bail reform, Jackson was released after a court appearance on Friday. He is best knowns for his rap singles "Welcome to the Party" and "Dior" off his debut mixtape Meet the Woo.