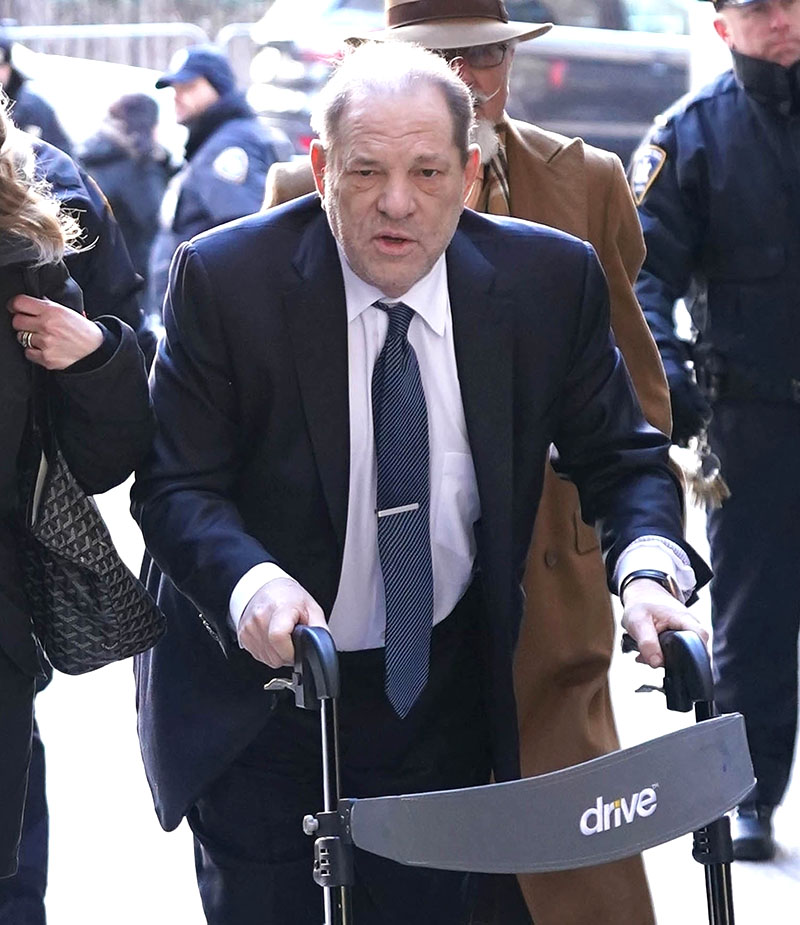 Convicted felon Harvey Weinstein is confined to a wheelchair at Bellevue Hospital, where he was taken after suffering chest pains in a Manhattan courtroom on Monday.

A jury found Weinstein guilty of 2 out of 5 sex assault charges. He faces 25 years in prison when sentenced.

Soon after the guilty verdicts were announced, Weinstein, 67, suffered chest pains and was rushed to Bellevue Hospital's emergency room.

The government took away the walker Weinstein used throughout the trial. He is now confined to a wheelchair after suffering from high blood pressure and heart palpitations.

Weinten's attorney says the disgraced movie mogul is worried that his health will suffer behind bars on Riker's Island, where the judge ordered him taken after he is released from the hospital.

"He's doing as well as he can. He is a little grumpy and proclaiming his innocence and saying that he wants everyone to keep fighting for him," spokesman Juda Engelmayer said.

"Harvey is always worried about his health and worries what prison time will do to him. His physical health is not strong enough to survive prison," Engelmayer said.

Weinstein is also worried about his two children who ned their father.

Weinstein was convicted on the 2 lesser charges of rape and forced oral sex involving two women who never reported him to police.

He was acquitted on the more serious charges, which would have landed him in prison for life.