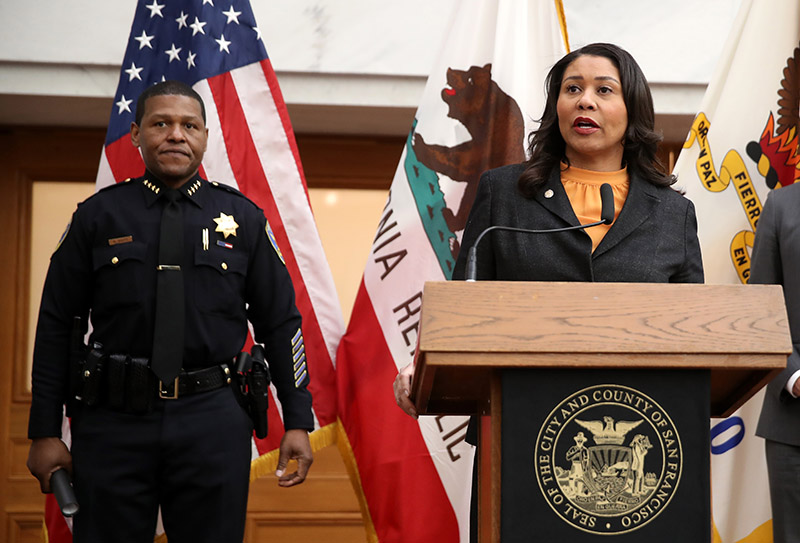 The change is part of police reform efforts in response to nationwide calls by Black Lives Matter to defund police departments after widely publicized deaths of unarmed Black men at the hands of police.

Under the new proposal, uniformed officers will no longer respond to non-criminal calls. They will be replaced by "trained and non-armed professionals" who will attempt to resolve the dispute.

The mayor's office said her plan will help lessen the response of armed officers to San Francisco schools or neighbor disputes.

As part of the mayor's plan, military-style AR-15 weapons will be banned in the police dept., as well as tear gas, bayonets and tanks.