Herschel Walker's son Christian Walker said the shooting of Jacob Blake in Kenosha, Wisconsin was another incident of a "crazy violent criminal" getting shot by police.

Blake, who is Black, was shot by a white police officer who was attempting to arrest Blake on an outstanding warrant for domestic assault and sex crimes against two minor girls.

Blake, 29, survived his injuries but he was paralyzed from the waist down and he will wear a colostomy bag for the rest of his life.

In a video posted to Twitter on Monday, Christian said the shooting was another incident of a criminal refusing to follow directions from police officers and getting consequences for it.

"Jacob Blake, oh yeah he was a felon sexual assaulter, he was a domestic abuser and had given cops trouble in the past. There was a warrant out for his arrest," Christian said.

Christian made the statement after his famous NFL legend dad spoke at the Republican National Convention in Charlotte.

Christian urged police to "show us the body cam" video to prevent Black Lives Matter protesters from "pulling another George Floyd with us".

Floyd is a Black man who was killed by a white police officer in Minneapolis on May 25. 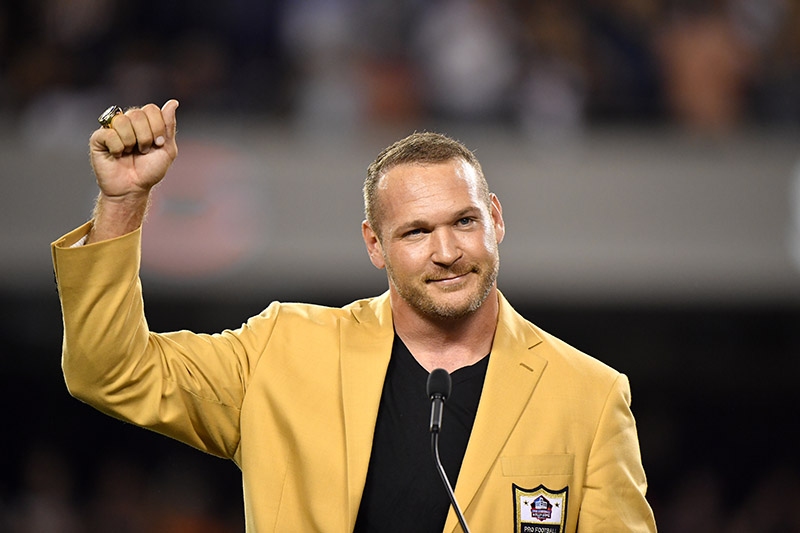 "Brett Favre played the MNF game the day his dad died, threw 4 TDs in the first half, and was a legend for playing in the face of adversity," he wrote on his Instagram Story. "NBA players boycott the playoffs because a dude reaching for a knife, wanted on a felony sexual assault warrant, was shot by police."

Wisconsin State Attorney General Josh Kaul told reporters this week that Blake admitted he had a knife on him when officers arrived to serve a warrant for his arrest on sex crime charges involving two teenage girls.

Police found a knife on the floorboard of his SUV after the shooting.

"In the vehicle he did not have a weapon," said criminal attorney Patrick Salvi Jr. on Wednesday. "I can't speak directly to what he owned, but what I can say is his three children were in the car and that was in the front of his mind. That is the most important thing to him in his life: his family and his children."

Jacob Blake was a criminal who refused to follow directions from our law enforcement. Listen to our police and you won’t be consequenced.

Oh, but since he’s black... terrorist group #BlackLivesMatter thinks they get an excuse to burn Kenosha down. Rename yourself CRIMINAL LIVES pic.twitter.com/7uxGQOzT0J