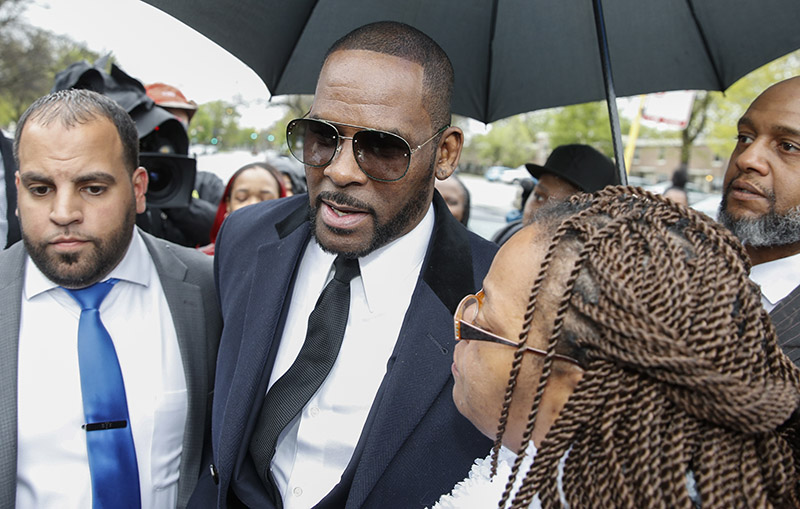 R. Kelly was viciously attacked by another inmate who jumped the famed R&B singer in his Chicago jail cell, TMZ reports.

Kelly, 53, was sitting on his bed when another inmate walked into his unlocked cell and started punching him.

TMZ sources say the younger inmate went on the attack because he was angry about the detention facility being placed on lock down due to Kelly protesters outside the jail.

The fight didn't last long, and it's unclear if another inmate or guards broke it up. Our sources say Kelly was examined by a doctor, who determined the singer was okay, no broken bones or serious injuries.

A spokesperson for the Federal Bureau Of Prisons tells TMZ, it cannot comment on an individual inmate's conditions of confinement or medical status due to privacy and safety reasons.

Kelly's attorney, Steven Greenberg declined to discuss the incident with the gossip tabloid, and said Kelly's been a model inmate.

The "I Believe I Can Fly" singer was arrested in 2019 and charged with multiple counts of aggravated criminal sexual abuse of minors.

He turned himself in at the Cook County Jail, and the facility's 6,100 inmates was on lockdown whenever Kelly was on the move there.