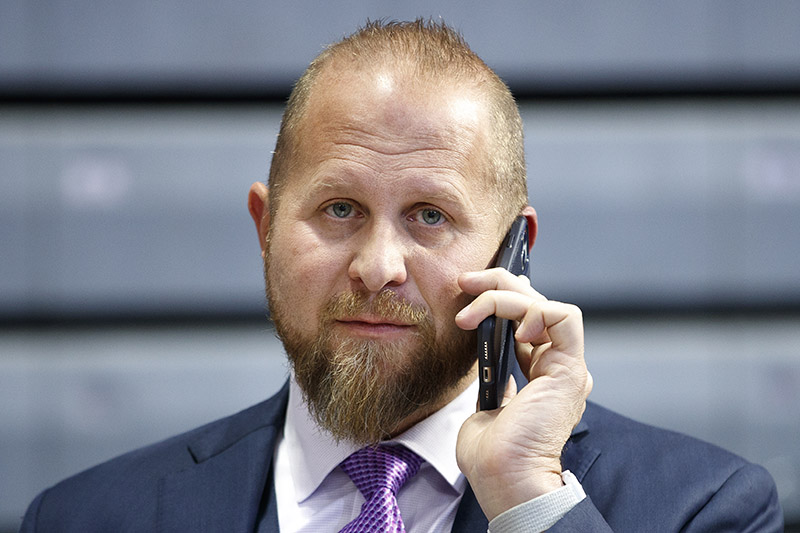 Brad Parscale, former campaign manager for President Donald Trump's 2020 re-election, was hospitalized after he threatened to harm himself on Sunday.

Ft. Lauderdale, Florida responded to a 911 call from Parscale's wife, Candice, who said Parscale was armed and threatened suicide. When police arrived on the scene in the affluent Seven Isles community, Parscale reportedly "barricaded" himself inside his home.

Fort Lauderdale Police Chief Karen Dietrich said Parscale was involuntarily committed to a psych ward under Florida's Baker Act, which allows police to commit people who are a danger to themselves or others.

She said he did not threaten police and he went "willingly" with police.

"We went out and it was very short. We went and got him help," Dietrich said, according to the South Florida Sun Sentinel.

Parscale's fall from grace began in June when he was outwitted by TikTok teenagers who registered online by the thousands to attend Trump's campaign rally in Tulsa, Oklahoma.

Parscale embarrassed and humiliated his boss when he tweeted that he had received over 1 million requests for tickets to the Tulsa rally, but more than half the seats were empty at the 19,000-seat arena.

The teens took to TikTok to brag that they intentionally registered thousands of tickets online so Trump's supporters couldn't get tickets.

Parscale was also investigated for allegedly "mismanaging" over $40 million in Trump campaign funds.

More than $800,000 was spent on "boosting" Parscale's social media pages, and $39 million was transferred to two companies owned by Parscale.

On July 15, Trump tweeted that Parscale was demoted and would be replaced by Bill Stepien, but Parscale would continue to advise the campaign.