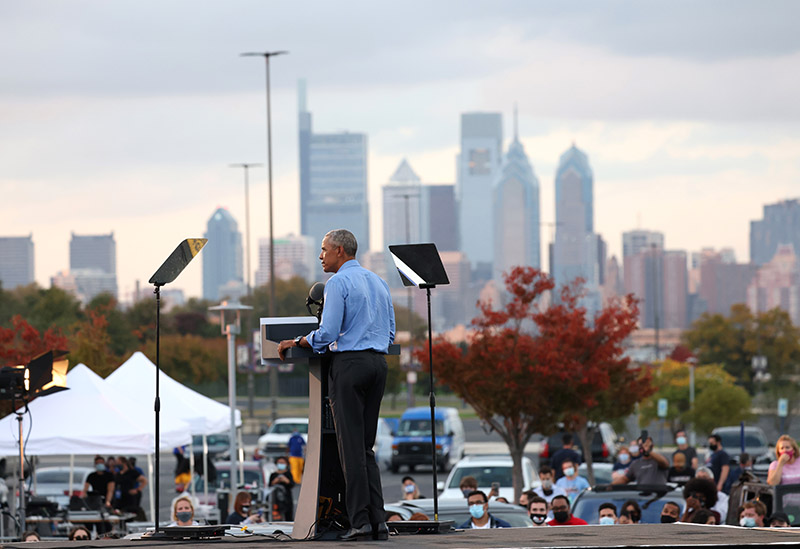 The small turnout for Obama was in stark contrast to the huge audiences he once commanded during his two terms as U.S. president.

Biden is polling ahead of President Donald Trump in the battleground state of Pennsylvania that Trump narrowly won in 2016.

But you couldn't tell judging by the light turnout for Obama's speech. Normally, an Obama appearance attracted thousands of adoring supporters. But only about three dozen people turned up at a drive-in campaign rally to hear Obama speak in a Philly park. 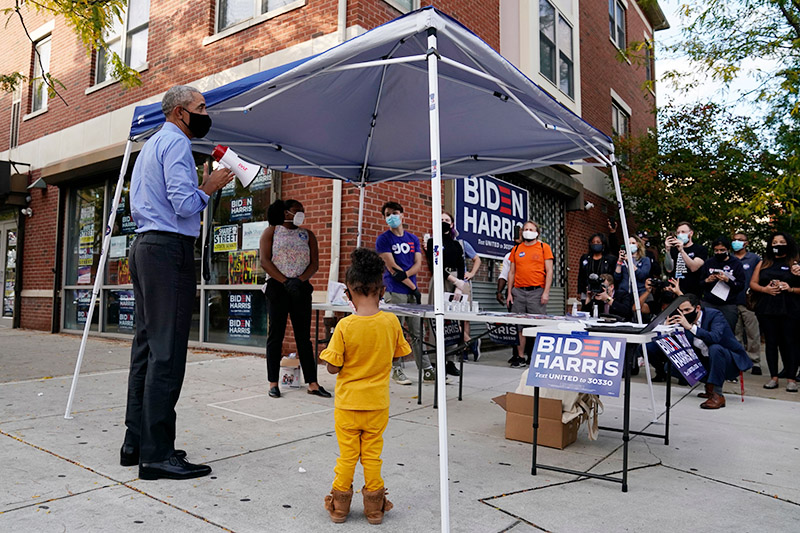 Afterwards, Obama strolled through the neighborhood with his Secret Service protection. He stopped to speak with a handful of Biden/Harris volunteers at a Voter activation Center (VAC).

There, he picked up a megaphone and spoke to the handful of volunteers, who didn't know what to make of the odd scene. The gaggle of reporters and photographers outnumbered the volunteers and onlookers. 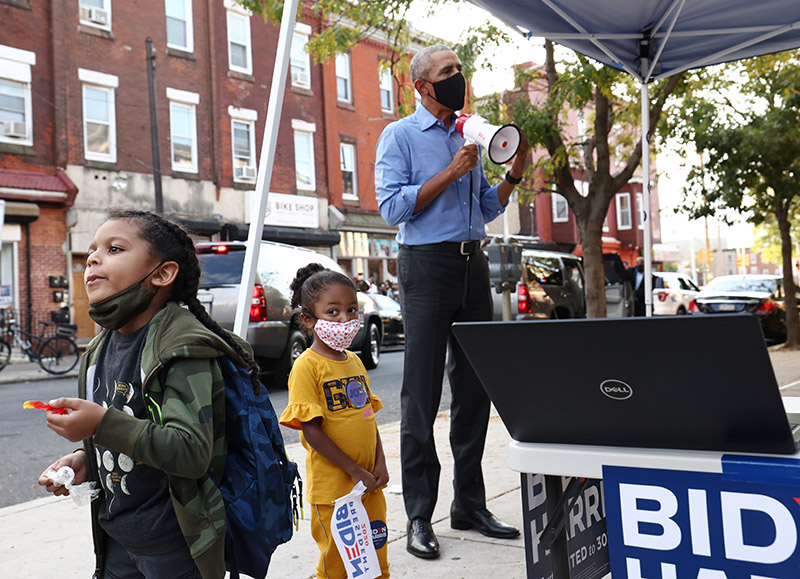 Obama is hoping to motivate young Americans and Black voters in the final stretch of the White House race. Polls show Black male voters are shifting away from the Democratic Party.