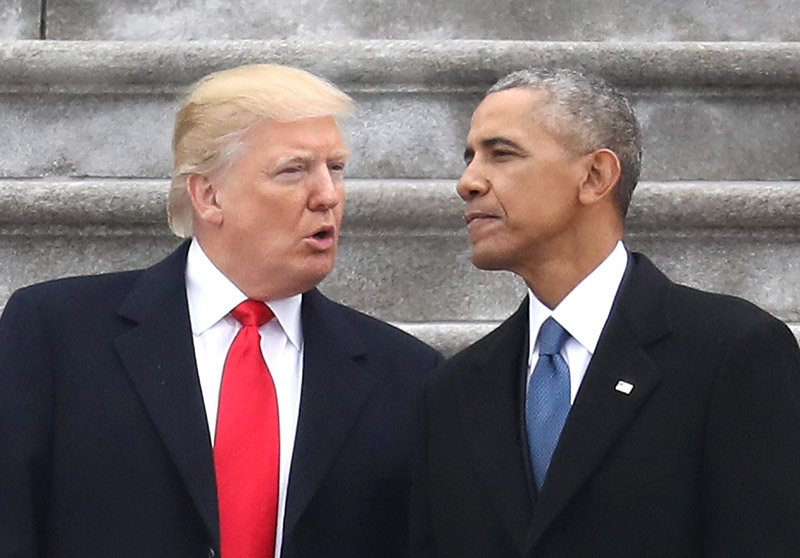 People are scratching their heads over a confusing reference to rap music, Black males, bling, money and women made by former President Barack Obama.

Obama, who is everywhere lately, weighed in on President Donald Trump's increased support among Black males in an interview with the Atlantic.

"I have to remind myself that if you listen to rap music, it's all about the bling, the women, the money," Obama said.

"A lot of rap videos are using the same measures of what it means to be successful as Donald Trump is. Everything is gold-plated. That insinuates itself and seeps into the culture... Donald Trump epitomizes that cultural movement that is deeply ingrained now in American culture."

If that sounds confusing, Obama went on to say he doesn't understand Trump's "outsized" popularity because he doesn't watch much television.

"I think that indicates the power of television in the culture that sometimes I miss because I don't watch a lot of TV," Obama said. "I certainly don't watch reality shows."

"And sometimes I'd miss things that were phenomena. But I thought there was a shift there."