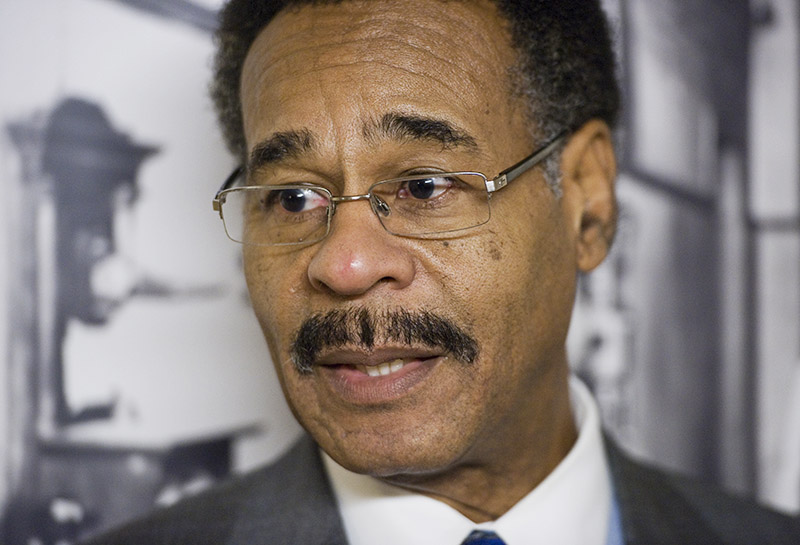 Emanuel Cleaver, a Democrat representative from Missouri, sparked controversy when he ended a prayer with "amen and a-woman."

On Sunday, Cleaver, who served as pastor at St. James United Methodist Church in Kansas City, Mo., for 37 years, was asked to lead the opening prayer to start the new session of Congress on Sunday.

"We ask it in the name of the monotheistic god, Brahma, and god known by many names by many different faiths," Cleaver said at the end of his prayer.

As theologians pointed out on Monday -- "amen" does not refer to the male gender.

Pastor Cleaver was rebuked by Republican lawmakers in Congress.

Rep. Guy Reschenthaler (R-Pa.) tweeted: "Amen is Hebrew for 'so be it.' It's not a gendered word. Unfortunately, facts are irrelevant to progressives. Unbelievable."

A Twitter follower asked Cleaver: "Bruh you do know what Amen means right?"

And a man of the cloth tweeted:

"Dear Representative, As a fellow UMC pastor I am shocked at your [sic] not knowing that amen is a Hebrew word meaning 'so be it.' It has nothing to do with gender or masculinity. I believe you made an honest mistake in ending your Invocation today but please correct it."

The new rules strips all mention of gender-specific pronouns and terms such as "man," "woman," "mother," "grandmother," "grandfather, "sister," "brother," "daughter" and "son."