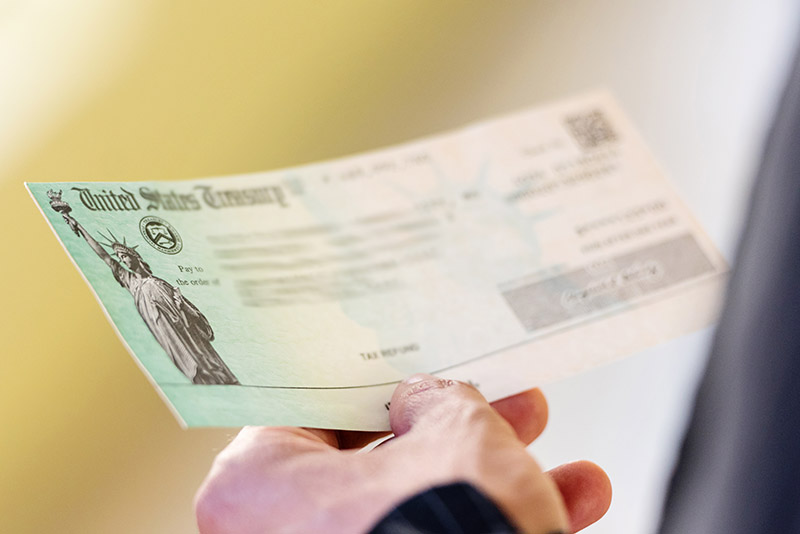 Now that a new administration has been installed in the White House, struggling Americans are wondering when they can expect their $1,400 stimulus checks.

According to reports, the earliest Americans can expect their checks will be midFebruary or mid-March.

That's because Congress has to vote on the new $1.9 trillion Covid relief bill, and the earliest the bill can be approved is mid-February.

Democrats promised $2,000 checks if they swept the Georgia Senate run-offs in early January. The promises of $2,000 checks continued even after former President Trump signed the $900 billion stimulus package on December 27.

Georgians who blanketed neighborhoods campaigning for the Democrats are angry and disappointed.

"I was on the ground and I knocked [on] over 1,000 doors," Atlantan Rogelio Linares told Mediaite in an interview. "At the doors, I was literally telling people, '$2K checks, you can rely on this.' I'm a man of principle and morals and I feel like shit. I lied to them. I was lying to them the whole time. I was lying to people that were relying on this. At the time I didn't know it was a lie. But that was not the reality."

In more disappointing news, Sen. Lindsey Graham said Wednesday there will be no $15 federally-mandated minimum wage included in the $1.9 trillion stimulus package.