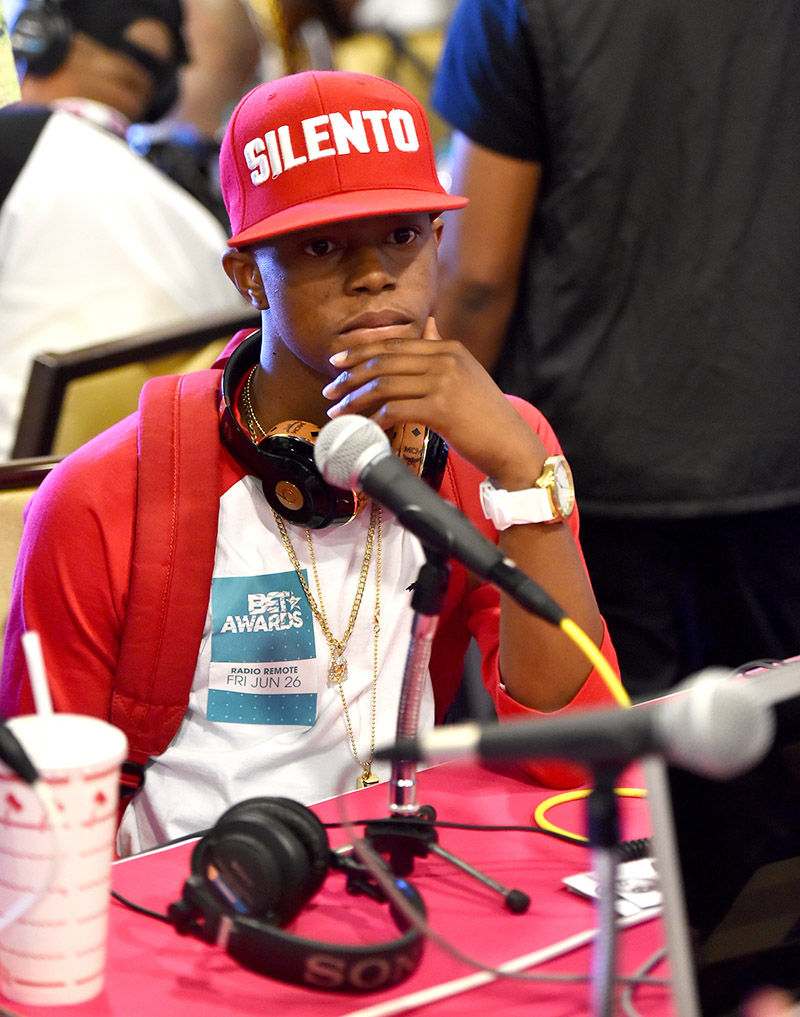 Rapper Silento is behind bars again after allegedly gunning down his cousin in a DeKalb County, Ga. neighborhood.

The 23-year-old, best known for his viral hit song, "Watch Me (Whip/Nae Nae)," is charged with murder in connection with the death of his cousin, Frederick Rooks.

On Jan. 21, Rooks, 34, was found with multiple gunshot wounds in the middle of a residential street in Panthersville, Georgia, about 7 miles southeast of Atlanta. Rooks was pronounced dead at the scene.

The rapper, real name Richard "Ricky" Lamar Hawk, was previously charged with attacking 2 people with a hatchet in September.

According to the Los Angeles County District Attorney's Office, Silento had walked into a random home and tried to attack two people with a hatchet before they tackled him and disarmed him.

A friend arrived at the home and told the rapper he was in the wrong house. The two men fled before police arrived, but Silento was arrested about a block away from the home. He told police he was looking for his girlfriend.

Silento was out on bail a day after he was arrested in Santa Ana, CA., following an incident involving his girlfriend, according to ABC 7.

Silento trended on Twitter.com in September after gossip mongers claimed his girlfriend leaked a vulgar image of him online.

But the person in the image was identified as a 26-year-old p0rn star.