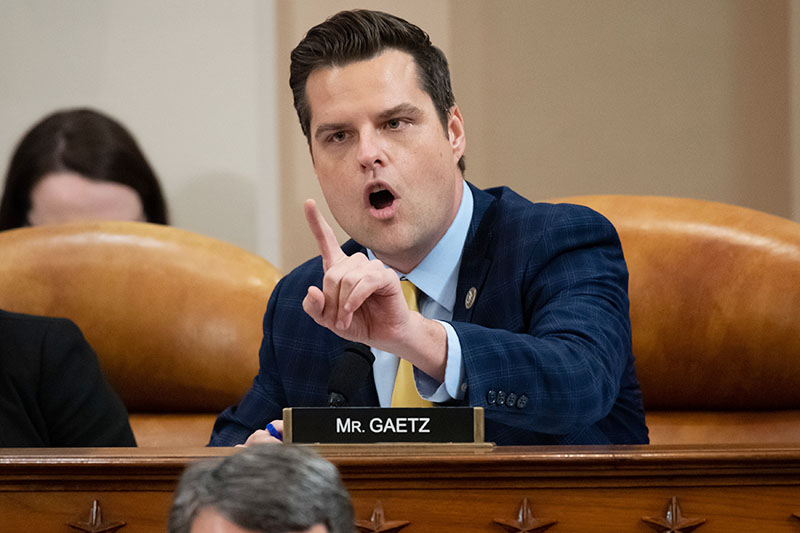 Matt Gaetz reportedly asked the White House for a blanket presidential pardon ahead of a federal investigation into sex trafficking allegations.

Gaetz is a Republican U.S. representative for Florida's 1st congressional district. The 38-year-old politician is being investigated by the U.S. Justice Department for his relationship with a 17-year-old girl.

He reportedly paid for the girl to travel across state lines. The age of consent varies in many states. 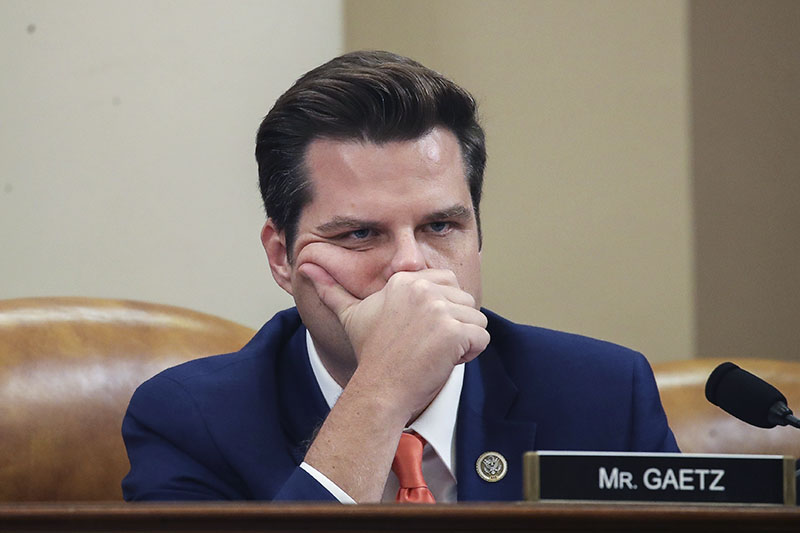 Gaetz reportedly asked former President Donald Trump to pardon him in advance of possible charges for misconduct and trafficking.

He proposed to his fiancee in December at Trump's Florida resort. He reportedly bragged that the former president insisted on hosting the wedding.

Gaetz's request was ultimately rejected, according to multiple reports. 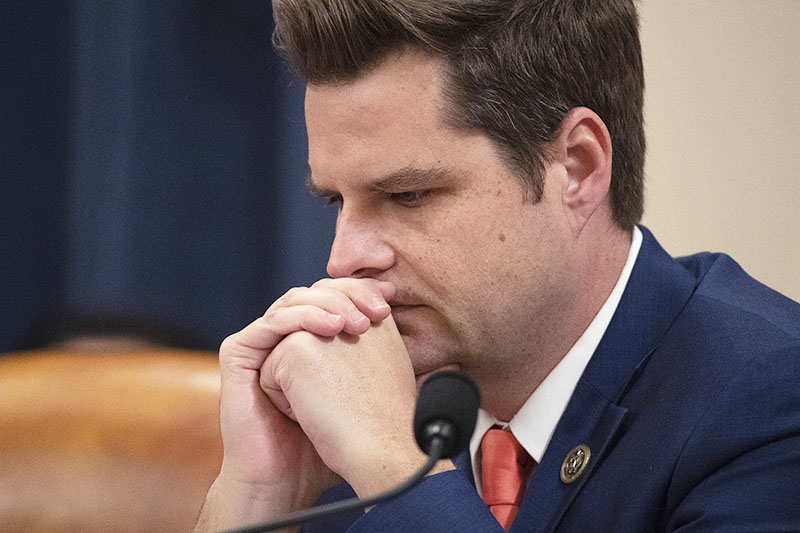 Gaetz alleged he was extorted by a New York Times reporter before the newspaper published the article about his relationship.

He denied asking Trump for a preemptive presidential pardon, according to POLITICO.

"The recent false allegations against me are not something I've ever discussed with Trump, pardons or otherwise," he told POLITICO.

Trump issued dozens of pardons in his final days as president. Pardons went to his former advisor Steve Bannon and rappers Lil Wayne and Kodak Black.