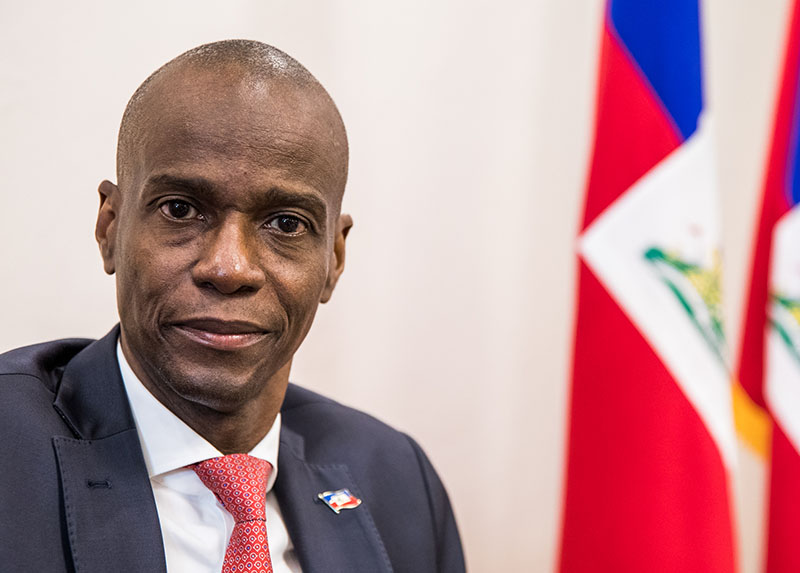 President Jovenel Moise sits at the Presidential Palace during an interview with AFP in Port-au-Prince, October 22, 2019. – Haitians fed up with poverty and miserable living conditions call him corrupt and incompetent, and want him to resign. But in an interview with AFP President Jovenel Moise is evasive about yielding and offers only vague ideas for making things better for his countrymen. The poorest country in the Americas has been roiled for two months by violent protests that were triggered by fuel shortages.They have now morphed into a broader campaign against the president, who come to power in 2017 in an election that some called fraudulent. (Photo by Valerie Baeriswyl / AFP) (Photo by VALERIE BAERISWYL/AFP via Getty Images) 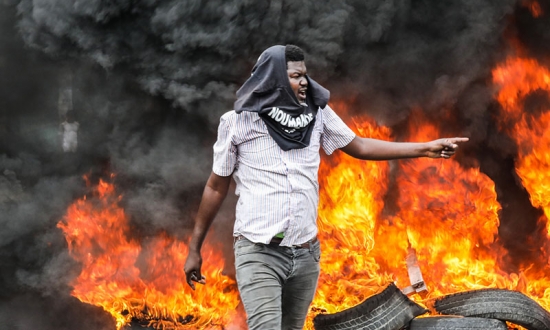 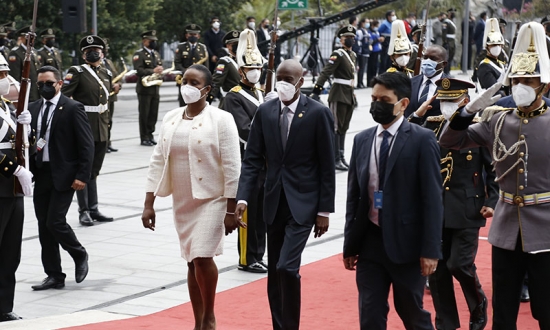 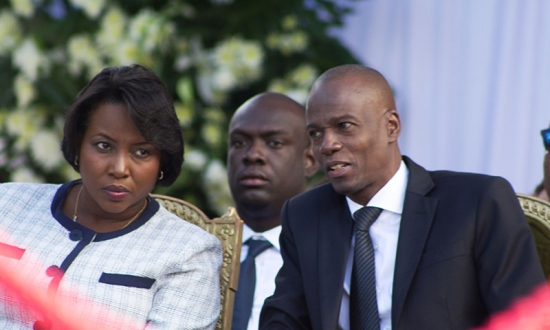 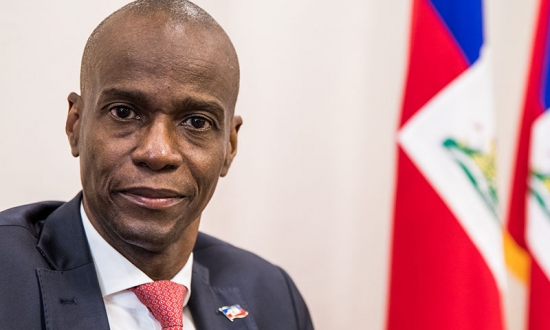 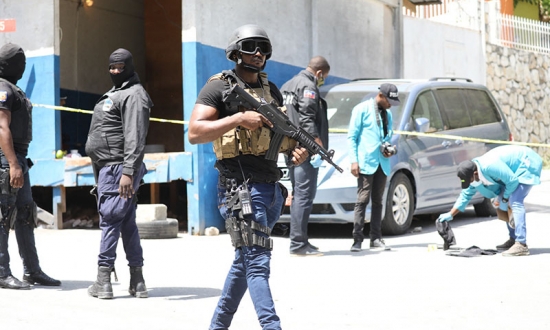 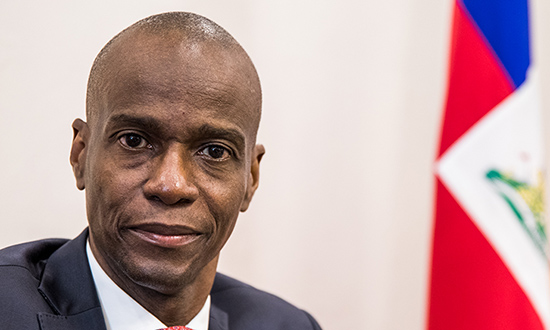