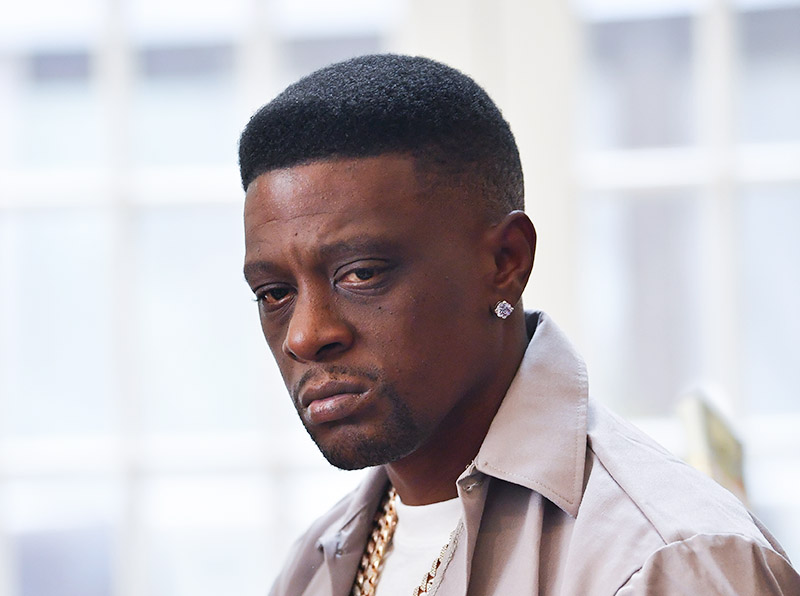 Rapper Boosie Badazz was banned (again) on Instagram for posting a photo of a nude woman. In response, he created a new IG page and attacked country trap rapper Lil Nas X on Instagram Live.

He also defended fellow rapper DaBaby who was canceled after his anti-ghey, anti-HIV rant at Rolling Loud in Miami on Sunday.

In one meme, DaBaby (left) and Boosie (right) join LNX in an imagined scene from his "Industry Baby" music video.

Boosie, real name Torrence Hatch Jr., was banned on IG this week after posting a photo of a naked woman sitting on a piano.

The 38-year-old Louisiana native shaded Lil Nas X and made vulgar references about his homosexual lifestyle.

He directed his anger toward the head of Instagram, Adam Mosseri, who appeared on The Breakfast Club radio show.

Boosie blamed racism and asked Mosseri why other influencers who post nudity on the platform are not banned.

On his Instagram live, he attacked Lil Nas X and claimed that the photo sharing platform protects LNX who dances naked with men but doesn't get banned.

"Lil Nas, they want to perform naked for charity... That's the most disrespectful [expletive] in the world.... They got kids who watch that sh*t," he said, before urging LNX to give head on IG.

Boosie called LNX a "fa**ot" and said he would "beat up" the 22-year-old rapper.

The video went viral on Twitter, where LGBT+ users who were busy canceling rapper DaBaby have now focused their energy on canceling Boosie.

Another flop rapper that hasn’t had a hit since he first came to the light “Boosie” just got on Instagram Live to call Lil Nas X the “most disrespectful f*gg*t *ss” pic.twitter.com/8OGn0q38Gz