Tameka Foster Raymond discussed her new memoir "Here I Stand... in a Beautiful State" on Wednesday's edition of "Tamron Hall."

Tamron Hall was joined by celebrity stylist and ex-wife of singer Usher Raymond, Tameka Foster Raymond to discuss her new memoir "Here I Stand... in a Beautiful State" and how she coped with the tragic loss of her son, Kile Glover, almost 10 years ago. 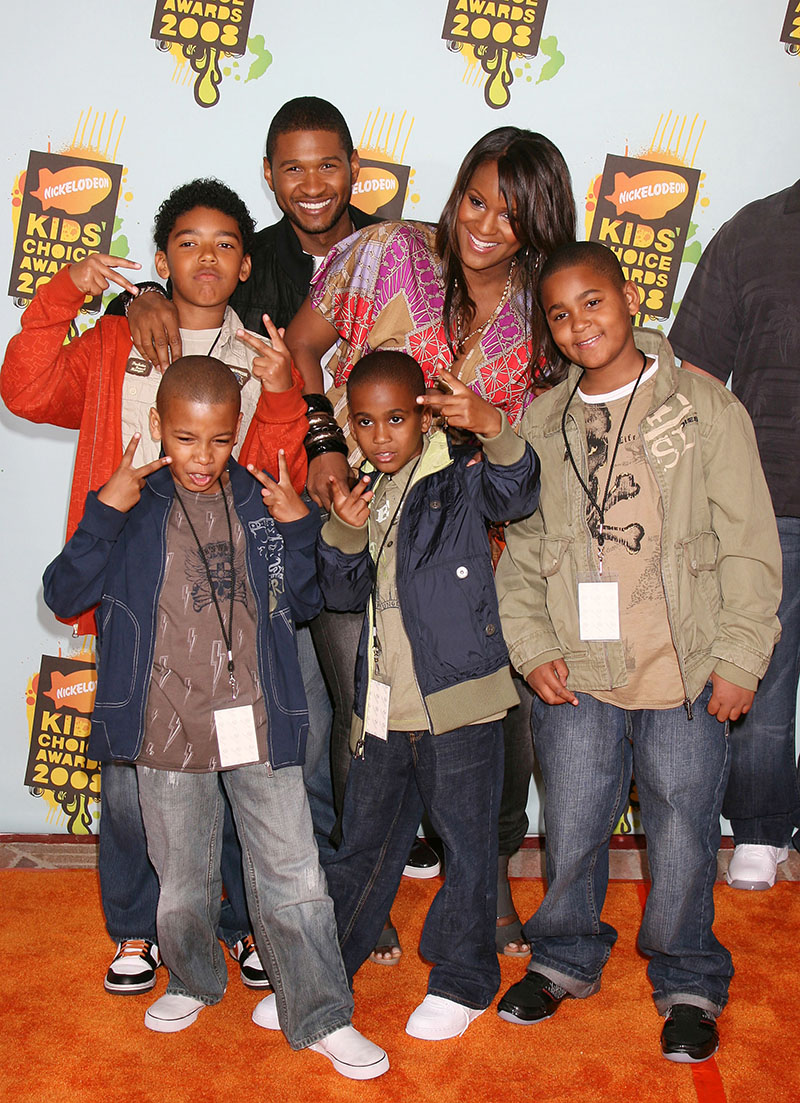 Raymond is pictured with Usher and her sons Kile (center) and Ryan Glover (right) in 2008.

Tameka Foster Raymond on her reaction to her son's grave prognosis and how she remained hopeful:

"Oh yeah, there were several moments. But I was very vigilant. I would say in the hospital - I didn't let you into the room if your energy was off. If you were speaking anything but life over my son, you couldn't come in. So when the doctor would come in and say, 'we've been watching' I'd be like, 'hey, change your tone,' because I really think you know there's power in your words. And there's power in the tongue and I felt like he could hear you. So it was very hard, they told me, you know, early on, and it was very hard to hear."

Tameka Foster Raymond on how she learned to process her son's death:

"I did come to a realization that we all have a certain amount of time on Earth, whatever our time is, we don't know how much time we have. And I realized that he had fulfilled his contract, he had done what he was supposed to do on earth. And I know it's hard when people hear me say that because they go, 'How can you say that? He's only 11!' But he had made such an impact and he had such good energy and he was such a good person. I remember we would go see horror movies and Kile would say, 'I'm not going to watch that!' Like he didn't even like that energy in his headspace. So I knew he was amazing..."

"It took a long time to get here. I probably figured this out in the last year. I spent 10 years not believing it, in denial, still throwing parties, you know what I mean. I would give the most huge something on his birthday. I would go in, like rent a whole museum and start this and balloons and we'd have food and cake and performances. Like I would go crazy about this thing I was like, 'This is my right, he's still here!' I definitely wasn't in this space. It took a while, it took many losses and me replaying all these different things for me to say, 'our lives are predestined.' I think our path has already been decided. What we're going to be, what we're going to do is already in God's hands."