It was a historic night in Virginia on Tuesday. Winsome Sears, a Black Republican woman was elected Lt. governor in the blue state.

Sears, a 57-year-old black immigrant from Jamaica and a former U.S. Marine, defeated a seasoned Clinton-backed Democrat in a blue state. 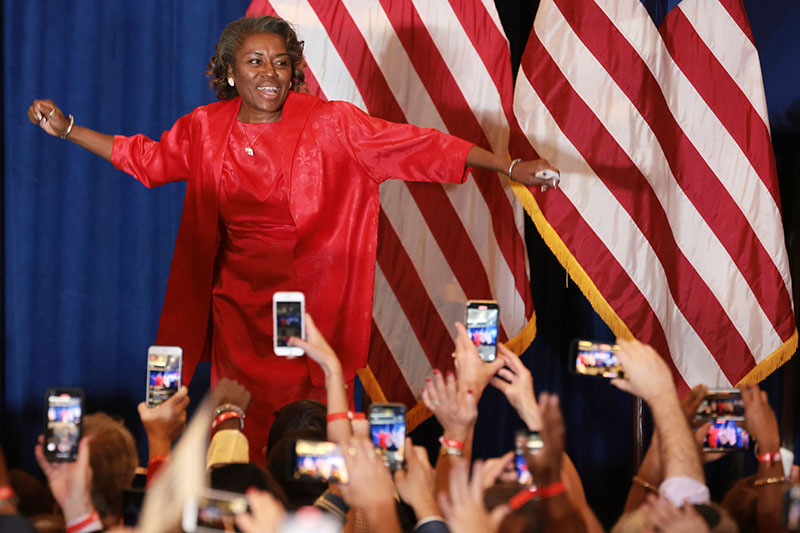 She vows to protect gun rights and has expressed support for the police.

"I am at a loss for words for the first time in my life," said Sears during her victory speech. "I'm only here because you put your trust in me. That's the only reason I'm here. Thank you!"

She then introduced her husband, Terence, a former Marine, and their two daughters.

"I'm telling you, what you're looking at is the American dream," she said. "When I joined the Marine Corps... I was still a Jamaican."

This is so refreshing and uplifting.

They just voted in the first black women Lt. Governor…

She don’t count. Jemele ready to call her every racist name in the book. Because, Jemele is the very definition of a racist.

Before running for public office, Sears ran a homeless shelter in Virginia. She served in the House of Delegates in 2002-2003, representing parts of Chesapeake, Norfolk and Va. Beach.

Tragically, Sears lost her daughter DeJon L'Air Williams, 27, and her granddaughters, Faith, 6, and Victoria, 8, in a multi-vehicle crash in Virginia in 2012.