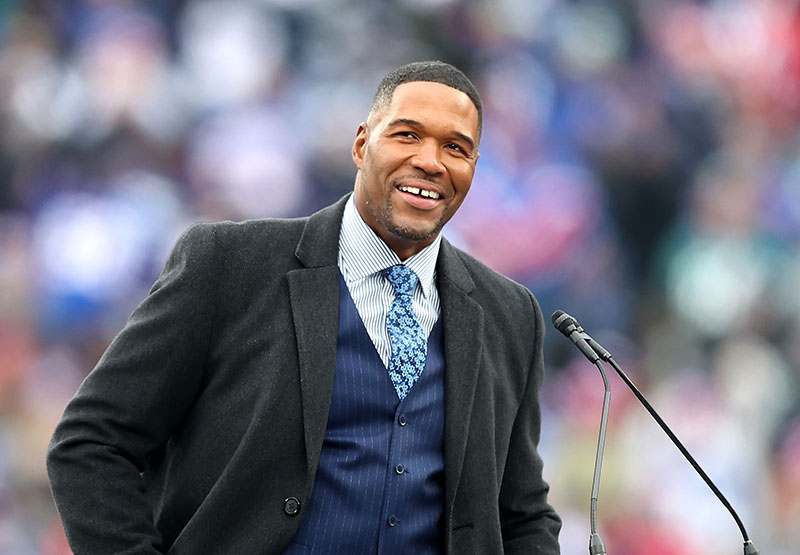 Michael Strahan and 5 others are set to launch into space aboard Jeff Bezos' Blue Origin rocket Saturday morning.

The space launch comes as the Federal Aviation Administration closes its investigation into the safety of Blue Origin's rockets. The investigation was inconclusive.

A crew of six will take off at 10:00AM ET from Blue Origin's launch pad in Van Horn, Texas.

In addition to the Good Morning America host and former NFL linebacker Strahan, the crew includes Laura Shepard Churchley, the eldest daughter of Alan Shepard, the first American in space. Strahan and Shepard are non-paying guests.

JUST IN: @michaelstrahan and the #NS19 crew have completed training and are go for launch! Watch LIVE tomorrow on #GMA!

The Blue Origin capsule carrying its 6-man crew will launch into space on top of a rocket, then separate 62 miles above earth where the crew will experience zero gravity.

When they land minutes later, they will be awarded commercial astronaut wings by the FAA.

The astronaut wings are awarded to people who fly more than 50 miles above earth on a commercial spacecraft.

However, the FAA announced it will end the special astronaut wings program to discourage further private launches into space.

This means Strahan and his crew will be the last to be awarded the FAA wings.

Watch the launch live below.