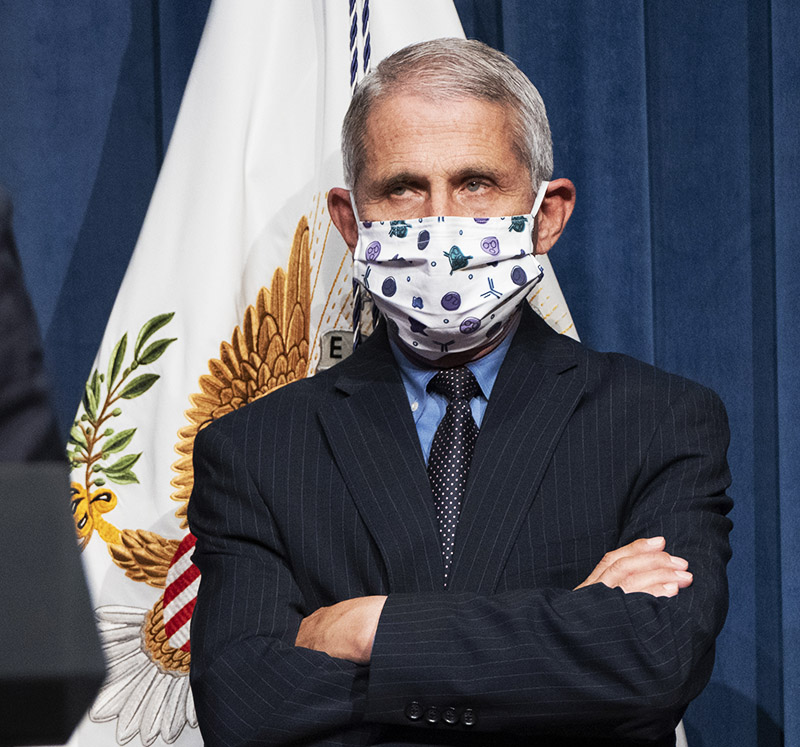 White House advisor Anthony Fauci says a fourth booster shot will be necessary in the new year to combat the mild Omicron variant.

"It's conceivable that, sooner or later, that everybody will have been infected and/or vaccinated or boosted," Fauci told Axios.

"When you get to that point, unless you have a very bizarre variant come in that evades all protection — which would be unusual — then I think you could get to that point where you have this at a steady level."

Patricia Cornwall was arrested Thursday by the FBI after she slapped and spat on an 80-year-old passenger who pulled his mask down to eat.

Cornwall, who also pulled her mask down, was seen on cell phone video yelling at the man to "put on your f---king mask". Passengers restrained Cornwall in the back of the plane until the Delta flight from Tampa landed in Atlanta.

Cornwall, who is still in FBI custody, had an initial hearing on Monday at the Federal Courthouse in Atlanta.

Delta flight from Tampa to Atlanta got crazy?? pic.twitter.com/I9BZUKv3LB

Stephen A. Smith: ‘If I wasn’t vaccinated I would have died’