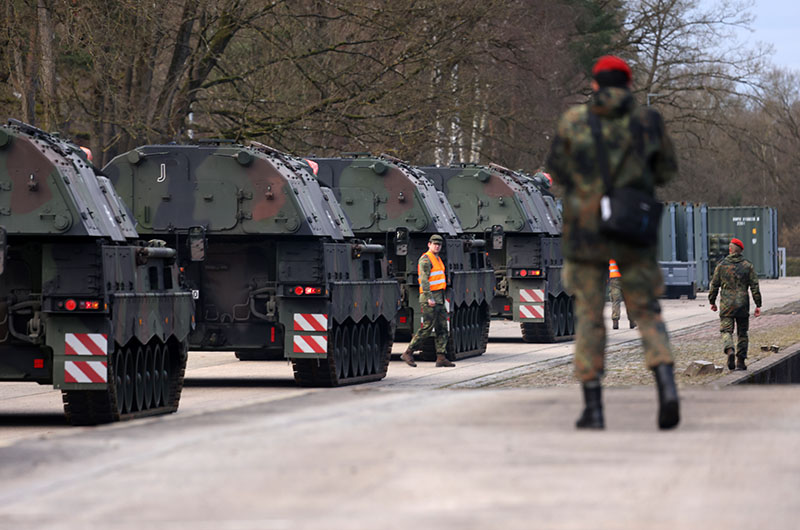 The threat of World War III is over for now. Russian troops were reportedly seen withdrawing from the Ukrainian border on Tuesday.

Russian President Vladimir Putin said Tuesday he welcomed security dialogue with America. He said he doesn't want war and would rely on negotiations with the U.S. government to stop Ukraine's bid to join NATO, according to the Associated Press.

Russia backed down after Ukrainian President Volodymyr Zelenskyy said Monday that Russia had set Wednesday, Feb. 16, as the date to invade Ukraine. There were reports late Monday that the Ukraine president was only joking about the start date.

130,000 Russian forces massed near the Ukraine border was the closest that the world's second biggest power had come to starting World War III in decades.

"We want to solve this issue now as part of negotiation process through peaceful means," Putin said after meeting with German Chancellor Olaf Scholz. "We very much hope that our partners hear our concerns and take them seriously."

Scholz also said diplomatic options are "far from exhausted," and praised the announcement of a troop withdrawal as a "good signal," adding: "We hope that more will follow."